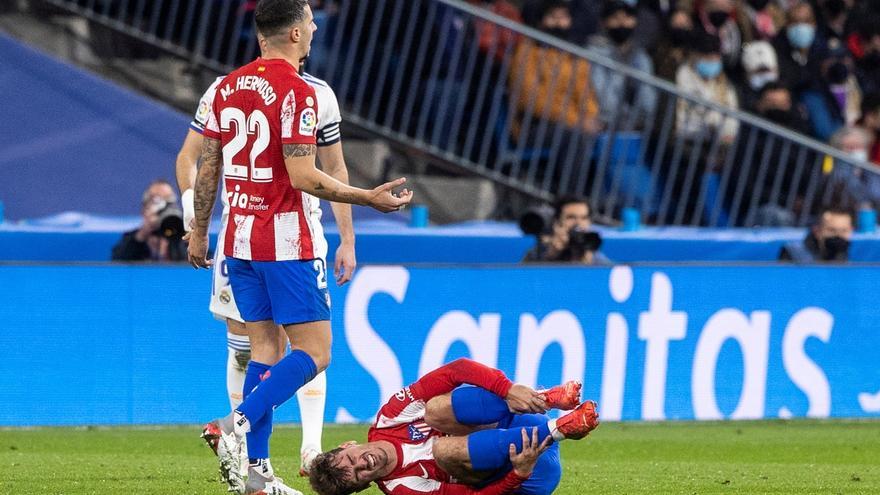 Diego Simeone, Atlético de Madrid coach, will lose for about three weeks to Antoine Griezmann, due to the relapse of the muscle injury in the right thigh that he had suffered on December 12 against Real Madrid, with which the French attacker will be out for the next League match against Villarreal, the Spanish Super Cup in Saudi Arabia next week and the round of 16 match of the Copa del Rey against Real Sociedad at the Reale Arena.

Medical tests confirmed this Friday the “suspicions” of Atlético de Madrid’s medical services when the striker retired injured in the 75th minute of Thursday’s clash against Rayo Majadahonda, with the gesture visibly frustrated by the sensations of another ailment in the same area.

“Griezmann He has suffered a relapse of the muscle injury he sustained in his right thigh. Valued by the medical services, on Friday morning tests have been carried out at the University of Navarra Clinic, in which it has been detected that the scar from his previous injury had opened, “explained the club’s medical report published this afternoon. on its official website.

“Today he will begin medical treatment and physiotherapy and will shortly resume the rehabilitation process. His return to the competition is pending evolution,” Atlético added, without specifying the recovery period that such ailment will require.

The previous injury to which he refers was the one suffered in the first half of the match on December 12 against Real Madrid at the Santiago Bernabéu stadium. Then it took three weeks to get it ready and he missed the duels against Sevilla, Granada and Rayo Vallecano, the latter also due to a Covid-19 infection, until his reappearance this Thursday against Rayo Majadahonda.

Read:  "I wanted a claustrophobic movie and question what we chose"

The footballer entered the pitch in the 56th minute, scored a great goal in the 66th in a fantastic combination at full speed with Angel Correa and he retired injured in ’75.

“Griezmann He is a tremendously important player for us and it is a shame that he was injured, “lamented his coach. Diego Simeone, on the new mishap of the player, Atlético’s second best scorer of the season, with eight goals in 20 games since his return to the club last summer from Barcelona.

Before his injury he had been the undisputed starter in a journey of eleven consecutive games, already consolidated again as an undoubted figure in the schemes of Diego Simeone, also with six goals and three assists throughout that journey until his muscle injury against Real Madrid.

This is how the electrocardiogram came to your Apple Watch

Customization, fun and a bit of Far Cry