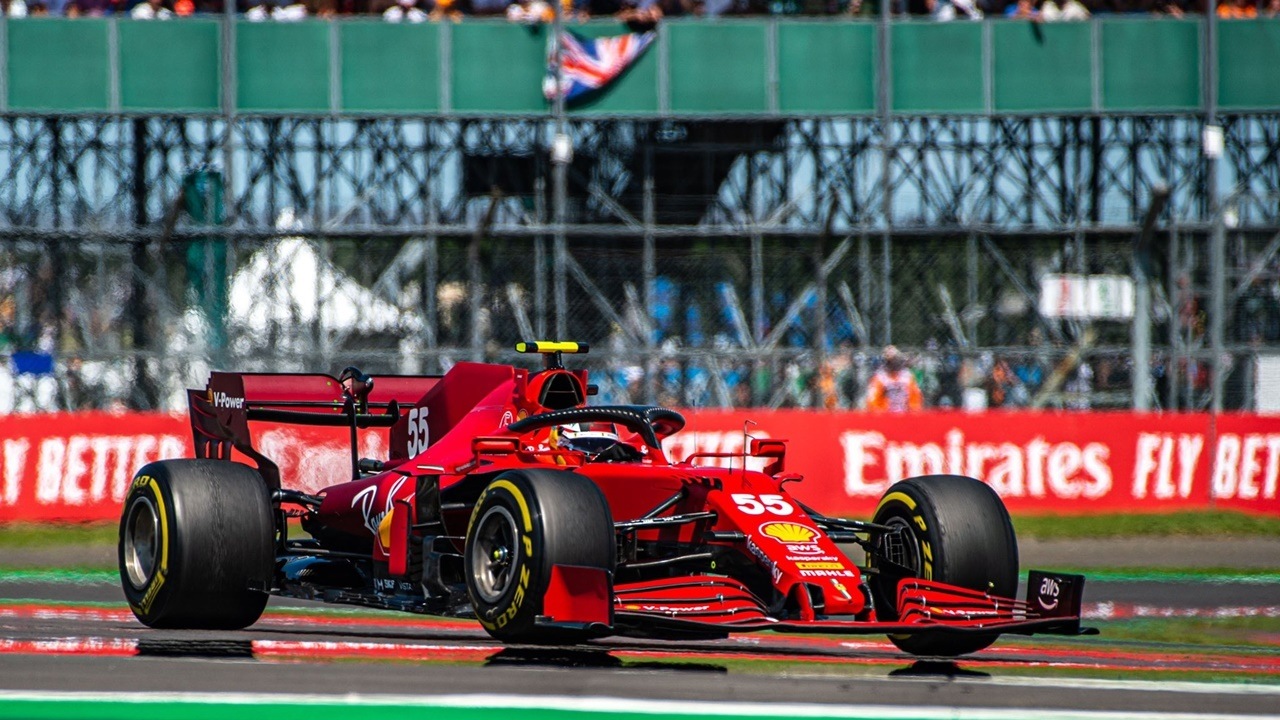 After failing to make the most of his SF21 in Q3 on Friday, the crucial moment of the weekend, Sainz continued to accumulate problems beyond his responsibility already in the opening meters of the Silverstone sprint race.

The exits of the first classification to sprint of the history of Formula 1 of Fernando Alonso and Carlos Sainz have been diametrically opposed. While # 14 was able to recover to 5th place after starting 11th, # 55 became a mere passenger when he was rammed by George Russell in the first few meters.

“We had a problem at the start that cost us a couple of positions,” commented the Madrilenian before focusing on his biggest problem. «Then, trying to recover, going to Russell I think he made a pretty clear, pretty serious mistake, which cost me my race and almost an accident. From there it has had to be a race never better said to sprint, on the counterattack, and lastly I finished 11th, so … we have come back in 17 laps as much as we could, but unfortunately it has cost us a lot», He explained.

«It was very clear, I think Russell has lost his car, he has gone in front or behind, I am not sure, and he has thrown me out. We’ve seen penalties for much less things in Austria, and Russell finishing ahead of me in the end is … I don’t know, I don’t understand, because It shouldn’t be like this after the clear mistake you’ve madeSainz continued. «Error of the other … is the risk that it entails, the fact is that the sprintrace It has given us the opportunity to come back. I think I have passed 8 or 9 cars on the track, from there I have had a good time, but it was not where I wanted to be».

READ:  The # 7 Toyota finally conquers its first victory of 2021 with suffering

His return to the track is under investigation, as is the accident caused by Russell, something on which the FIA ​​will have to deliberate. “The goal tomorrow is to finish in the top 7-5, so there is still half the work to be done. I have fun, because from last to 11th I had to have fun, but … I don’t know, I don’t know how it was on TV, the truth. Those who have to judge are the fans, which is for whom this format has been created “, concluded Sainz.