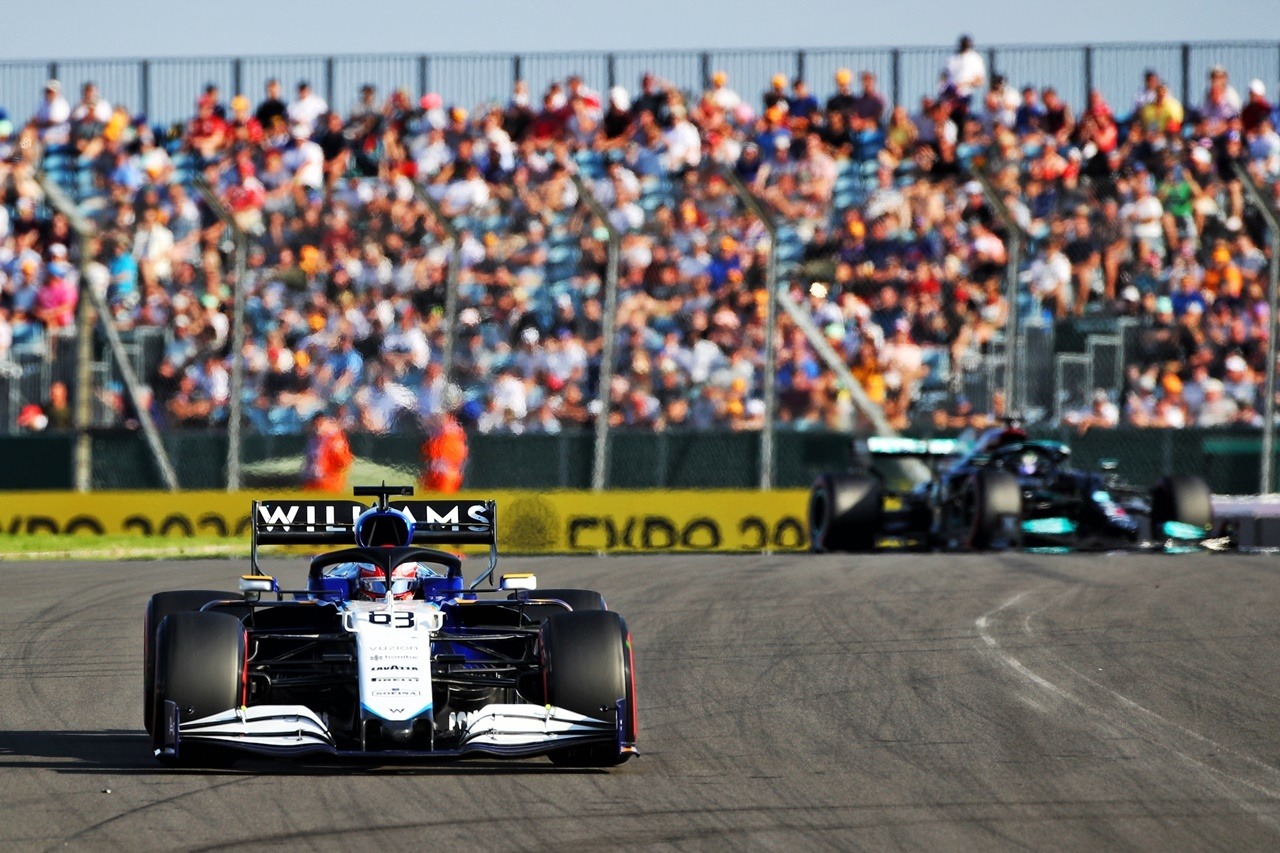 While Nicholas Latifi complained of losing up to 6 tenths on the Silverstone straights, his teammate George Russell was in charge of making the difficult easy once again aboard his Williams FW43B and even reaching Q3.

Virtually all of the 86,000 fans that populated the stands of Silverstone during the day of Friday left his throat between cheers and praise for his local idol: after a first discreet attempt, George Russell managed to lower his Q1 time by 6 tenths, consequently exalting the public local, scoring a 1: 27.0 that made his followers vibrate.

To top it off, after admitting to feeling “lost” and “Lacking in confidence” at the end of the only free practice session of the day, # 63 was able to drop to 1:26 and reap an 8th place for qualification at sprint that tasted like glory. «We had to make a decision after free practice: try to improve the car and turn it upside down or stand our ground and wait for the track to improve … and we did the latter. Regaining that confidence gave me one or two extra tenths», He explained.

“This is not the first time that I have noticed that I am probably better than I should during one session,” commented the young British rider. “I think I like to understand what the car does before knowing how to get the most out of it. I suppose if you are in a leading car going into Q2 / Q3, that’s exactly the strategy you want, but it really worked out in our favor. My first lap in Q2 was good, but nothing to write home about, and then in the second round I took a huge step.

READ:  Preview and schedules of the 6 Hours of Monza of the WEC 2021

A combination of factors, in his view, was what triggered a commendable result that brings him even closer to the second Mercedes seat for 2022. “Getting the tires on a better window, knowing exactly what we needed on the lap of Start, drive a little better, a small slipstream from Alonso ahead … all of that helped us. My family had not come to a race since Abu Dhabi 2019, so I feel great having achieved it in front of them, “he explained.

Far from being satisfied with what has been achieved, Russell acknowledged that he will go on the attack to the first classification at sprint of the year. «Many will try to go calmly, because they only want to get a good starting position for Sunday, but we let’s go all out. It’s another race, I want to gain positions, fight with those around me and reach the best position on the grid ”, he concluded.