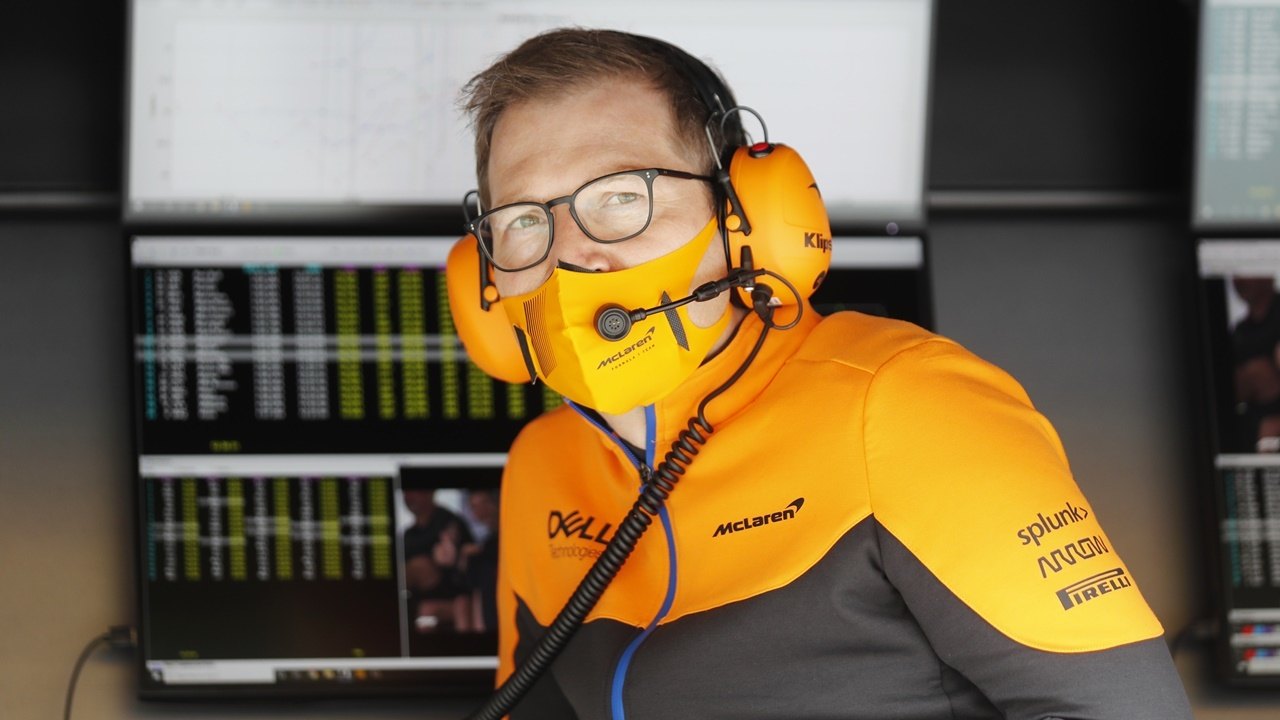 Andreas Seidl, who is in charge of the papaya orange line-up on the circuits, has little hope that qualifying will change one bit despite being played on Friday instead of Saturday to allow for variations.

It was the year 2006 When, in Formula 1, the qualifying system of a timed lap per driver was shelved and the program of Q1, Q2 and Q3, an approach that, although it has undergone some change over time, turns 15 this season.

That is why, after so many years using the same practically unchanged procedure, it is to be expected that the introduction of a modification such as the introduction of the classification to the sprintdisrupt team plans and alter the established order. However, Andreas Seidl has ruled out this possibility entirely, even going on to ensure that everything will remain as before.

«I think that with a view to qualifying there is not going to be any big change compared to what we usually see», Said the German manager. “We normally tend to be at the bottom of the rankings on Fridays and we are working our way up to Saturday lunchtime, but I think that has to do purely with how we normally deal with weekends. I don’t expect it to be a problem for us to have only one practice session with respect to the others, to be honest I don’t expect a big change in the hierarchical order, “he explained.

«Obviously everything is going to be very compressed, you have to get in Free 1 what you often do in three sessions, so being the best prepared will be the most important thing. It is also clear that, on a day like today, you have to be very careful when trying new things, because in the end you only have 60 minutes before entering the parc fermé for qualifying, “he added.

READ:  The new Volkswagen Lamando is the compact coupe sedan you won't see in the West

Once the qualifying session begins, the 20 cars on the grid will enter closed park, a situation that has led some teams to even think about not going to Free Practice 2 on Saturday as they could barely make changes from one day to the next. “You have to make important decisions about brake wear, plates, cooling settings, and so on. At the same time you have to get the car to run well for qualifying, strike a balance suitable for fuel and tire loads, ”clarified Seidl.

“In general, the biggest challenge this weekend lies on the operational side, at the same time that you make sure you comply with the regulations sportingly. We are all used to a specific racing weekend for many years, everyone is trained for it, and that is where we focus a lot as a team, ”he concluded.

How to change my Mac desktop and folder icons