Bullfrag
Home Technology Automobiles Great Britain GP – Alonso sprints it to the sprint: «I had... 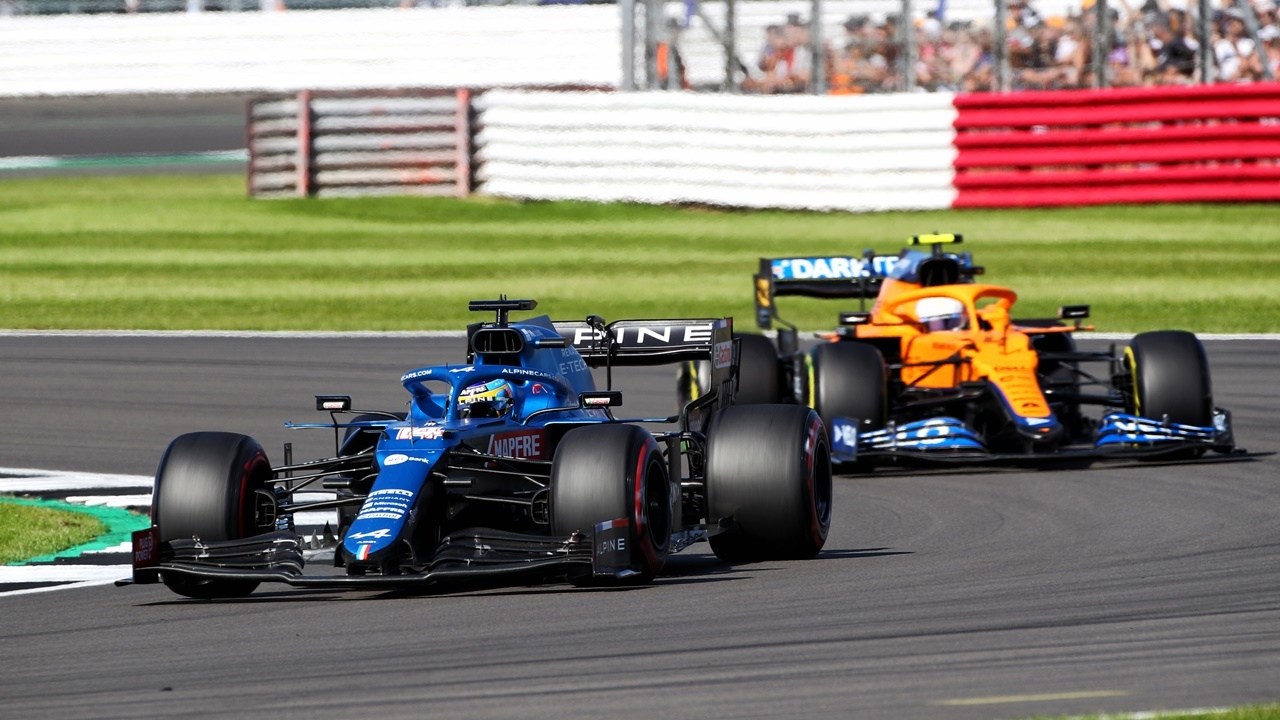 Performance worthy of review according to Formula 1 itself, the first meters of Fernando Alonso at Silverstone, a maneuver that not only ended up allowing him to gain 4 more positions facing the grid, but also the recognition of many.

The protagonist, and with capital letters, from the first classification to sprint has a name and surname: Fernando Alonso Diaz. The two-time Spanish champion stood out from the first meters, to the point that the performance considered him the equivalent of the ‘Driver of the day’ that is awarded on Sundays, making a start that raised him to 5th position.

“It was a very aggressive start, from 11th to 5th”He commented himself on his initial maneuver. “Then we were a little out of position, we were too slow. We had to let the McLarens go a bit and then focus more on Sebastian. We started 7th tomorrow, in a normal time we would start 11th, so it was good, “he continued.

“Many races have been braking quite early … in Baku I remember overtaking Carlos and Gasly on the inside, and in the two in Austria also on the inside several cars. I do not know, we have as more confidence in the first corner than some of our rivals, we usually take advantage of it. In the first three or four corners there was a lot of action too, we recovered positions, and then we were out of position and suffered a bit, “added Alonso.

Being first in the table on new soft tires, the final laps were more about holding out than attacking. “Also the red tires at the end had more degradation and we had to endure, but for tomorrow we will recover some position in this ‘Q4’ that I call myself, because it is like one more Q from yesterday, and I am happy about that, “he explained before sending a message to the FIA.

«I intended to go outside, if I tell you the truth. As they all came out on the first lap, I say … ‘I’m going to get to Copse, if he continues on the inside I will continue on the outside to the top and advance on the outside of the track’, which is what they have done to me to me until now, but it was not necessary because it lifted, but I was not going to lift. I had a good time on the first lap and then quite regular. For you it was a sprint race and for me it was a marathon, because this race did not end with so much defending myself, but well», Confessed a rebellious Alonso.

Finally, # 14 was able to see the checkered flag ahead of a Sebastian Vettel with whom he fought for much of qualifying at sprint by less than a second apart. «Normally we have little energy, in these long circuits we suffer a lotSo when we have a car a little faster behind us on the straights and we can’t defend ourselves, sooner or later we’re going to crash. Sometimes it is almost more effective to let them pass early than to defend too much because you get back into a loop of ending the drums too soon, “he concluded.