Bullfrag
Home News GPO anticipates that it will produce fertilizers in a sustainable way in... 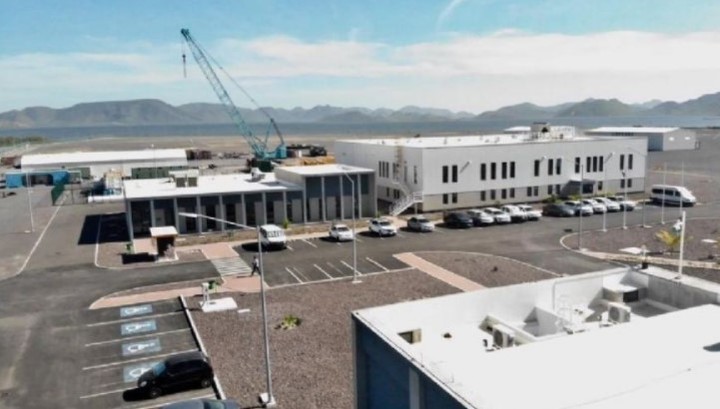 Gas y Petroquímica de Occidente (GPO) said that the plant it seeks to build in Topolobampo, Sinaloa, with an investment of 100,000 million pesos, will produce fertilizers in a sustainable way.

The company added, in a statement, that it will also collaborate in reversing the damage to the bay of Ohuira, previously impacted by agricultural discharges and urban waste.

According to the company, led in Mexico by Arturo Moya Hurtado, in 2014 it began to carry out baseline studies to know the status of the lagoon and develop a plan for biodiversity gains and continued in 2016 and 2017 with the works in adherence to the Environmental Management Plan agreed with the Ministry of the Environment and Natural Resources (Semarnat).

Already in 2018, he said, they made up a multidisciplinary team of 25 researchers, mostly from the Institute of Marine Sciences and Limnology, UNAM, as well as the Mazatlán campus, Ciudad del Carmen and Mexico City, with whom the strategy was designed. improvement and environmental care, to be implemented in the Ohuira, Topolobampo and Santa María lagoons, which make up the area’s water system.

After the study, GPO added, the solutions were established in two ways, which were refined through as a result of a new call for participants in February last year, Thus, the first line of action focuses on improving water quality with the restoration of the lagoon ecosystem; while the second focuses on the repopulation of shrimp larvae to encourage fishing.

“When cleaning Ohuira, we are going to have an example, probably the first in the world, where things can be done well and where a plant that is going to produce fertilizers, will demonstrate how to use less fertilizers in agriculture, how to do it correctly, but also how, in conjunction with the academy, they can make virtuous circles, ”explained Valeria Souza, a doctor at the Institute of Ecology of the National Autonomous University of Mexico (UNAM), quoted in the statement.

To achieve the objective, Souza Saldívar explained that the laboratories of the Centro del Mar 13 (CETMAR) and the Centro de Bachillerato Tecnológico Agropecuario 81 (CBTA) will be equipped so that students of basic levels take ownership of the technology, in addition to allowing them interact with the bioprocesses that will be triggered.

The SNI level III researcher specified that Topolobampo lacks drainage, so in case the GPO project starts, they would go to homes to explain to the population how to take advantage of septic tanks through wetlands, so that they obtain free fertilizers for your gardens.

“If we want the Los Mochis and Topolobampo area to have a future, the action will be immediate, before the bell is rung that there is no going back. I believe that this effort will multiply before the bell rings, because it will be very successful, I have no doubt ”, he assured.