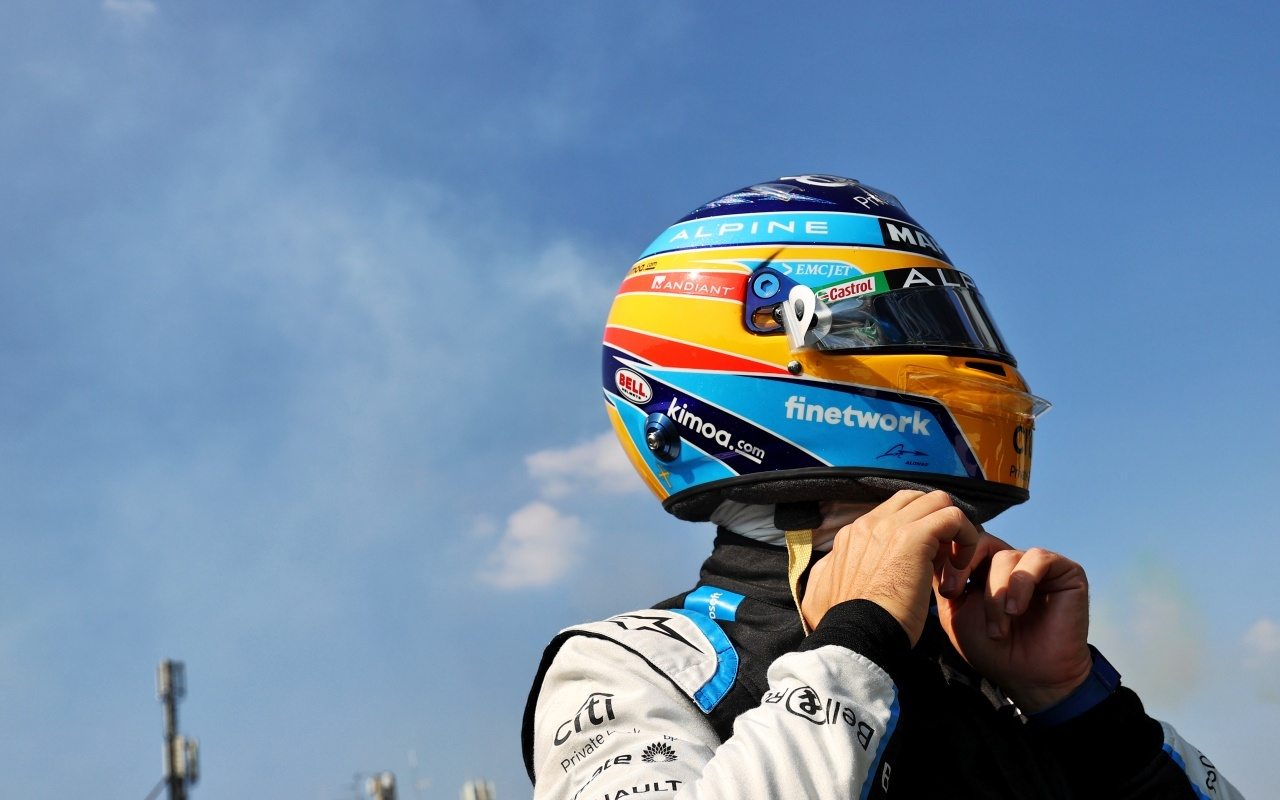 The contest for fifth place in the constructors’ championship is as close as that of the world title and Alpine has managed to be more consistent than its direct rivals in the first 14 races.

The Russian Grand Prix It will mark the start of the last third of the season this coming weekend and Alpine arrives at the Sochi circuit with the intention of maintaining a streak that already extends to 13 consecutive appointments in the points (all except the first).

That has been the key to their provisional fifth place in the Constructors’ Championship and the Anglo-French team hopes to have more weapons on a track that on paper will benefit them more than Monza, where despite everything Esteban Ocon and Fernando Alonso finished in the points.

Index hide
1 Marcin Budkowski, CEO of Alpine F1
2 Esteban Ocon
3 Fernando Alonso
3.1 Alonso boasts of Alpine: “We don’t have the fastest car, but we do have the best team”

“We believe that Sochi is a circuit that should allow us to return to a better level of competitiveness than Monza, which we knew was not a suitable circuit for the characteristics of our car.”

“That said, we fought well in the Sprint and the main race in Italy to recover from a disappointing qualifying session and put both cars in the points. Means we’ve scored in the last 13 races and we know this level of consistency will be important in our close fight for fifth place in the Constructors’ Championship.

“Both drivers are consistently scoring points. Fernando and Esteban are the most even couple of drivers on the grid this year, which shows how strong our lineup is right now. They are working well together and we enjoy their ability to push each other forward and move the team forward.

“I enjoyed the racing triplet and it was good for the team to score points in all three. Monza was challenging for us as we were not as competitive there as we have been on other tracks this year. I think we can be more competitive in Sochi ».

“Last year as a team we finished fifth and seventh and it would be great if we could repeat something similar this year. The competition for fifth place in the Constructors’ Championship is very close and it will be decided by very narrow margins. If we can keep our form, keep scoring with both cars, then we know we are going to have a shot at the end of the season.

Read:  IndyCar - Ryan Hunter-Reay ends his stint at Andretti and looks for a team

Sochi is a pretty good track to run. It has some interesting curve combinations and decent fluidity. Most of the circuit is medium speed and the main challenge comes towards the end of the lap, when the speed is slower and the rear tires tend to overheat. There are overtaking opportunities at Turn 2, after the long straight, and the objective is to be in the fight to seize any opportunity.

“There is no reason why we cannot be competitive again and we will focus on having a productive Friday to make sure we are prepared for the rest of the weekend.”

“Monza was a difficult weekend for us in which we did not have the pace that we showed in other races at the beginning of the year. I think we maxed out everything we could from our weekend to score points and we did well with the Sprint qualifying format.

«I am happy to add more points for the team, and if it had not been for what happened in Belgium, it could have been the ninth consecutive race inside the points ».

“I have raced in Sochi five times before and it will be good to come back this weekend. In the past I have not had a great Saturday there, but later in the race I have recovered quite a few positions. So let’s see if we can put it all together this year. “

Alonso boasts of Alpine: “We don’t have the fastest car, but we do have the best team”

“In 2016 I really enjoyed the race and we climbed eight positions that day. It is a fairly fast circuit and the track is quite wide, so this helps to compete more closely. You need a car that is fast on the straights, so it will be interesting to see how we handle the others.

“I think at this stage, with the new rules coming next year, most of the teams, if not all, are already focusing on that. Our goal is to consolidate our position in the Constructors’ Championship, since we have stiff competition from AlphaTauri and Aston Martin ».

“We need to keep scoring points twice as we did in Italy and seize any opportunity that arises. It’s been a long season, but I’m really enjoying being back at the races. The cars are fantastic to drive and the team atmosphere we are building is very positive.. We are hopeful for next season, but first we need to enjoy the rest of this year and I will keep pushing to get the best out of myself and the car.