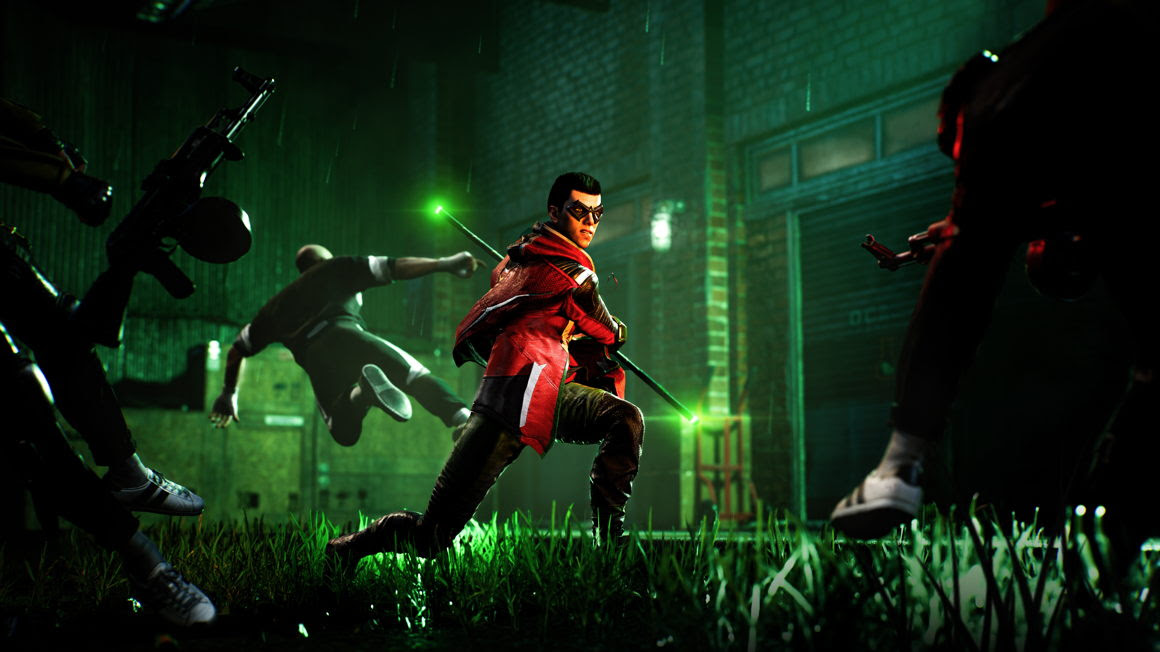 Index hide
1 Robin showed off his weapons and skins in the latest Gotham Knights game trailer. The game will be released on October 25, 2022. We tell you everything!
2 Share it with whoever you want
3 Related Posts

Robin showed off his weapons and skins in the latest Gotham Knights game trailer. The game will be released on October 25, 2022. We tell you everything!

As the release date approachesGotham Knights is showing more and more content related to the gameplay. After the last trailer that showed a Nightwing with tight rear in rubber suit -because yes, we know it’s done on purpose-, now it’s his turn Robin to shine.

In this installment, the secret identity of the third protégé of Batman is Tim Drake. And the trailer shows us the different ways in which you can use this character to fight against the enemies you find in GothamCity.

Robin is a character that uses different techniques to fight. His weapon is a collapsible staff, but he also specializes in stealth techniques. In “Hacker” style, he uses the teleportation technology of the Earth’s satellite. League of Justice to move around the battlefield. Robin -According to the press release issued by the Warner telling the news of this trailer- “ He firmly believes that Gotham City needs a Batman and aspires to one day take control himself.”.

But for now, it’s time to prepare and train because this game will not arrive until October 25, 2022 for consoles PlayStation 5, Xbox Series S|C and PC. Those who buy the game in presale, will also receive skin 233 of the Kustom Batcycle, which is based on the vehicle’s first appearance in DC Detective Comics #233.

Read:  Tekken: Bandai Namco's fighting video game will have its adaptation on Netflix in the form of an anime series

Robin will not be the only character that you can handle within this open world of Warner and DC. Among the protagonists are also Nightwing, Redhood and Batgirl. We could already see the first two in action, so we can only wait for a new trailer with Batgirl as the protagonist.

And you, are you going to play it?