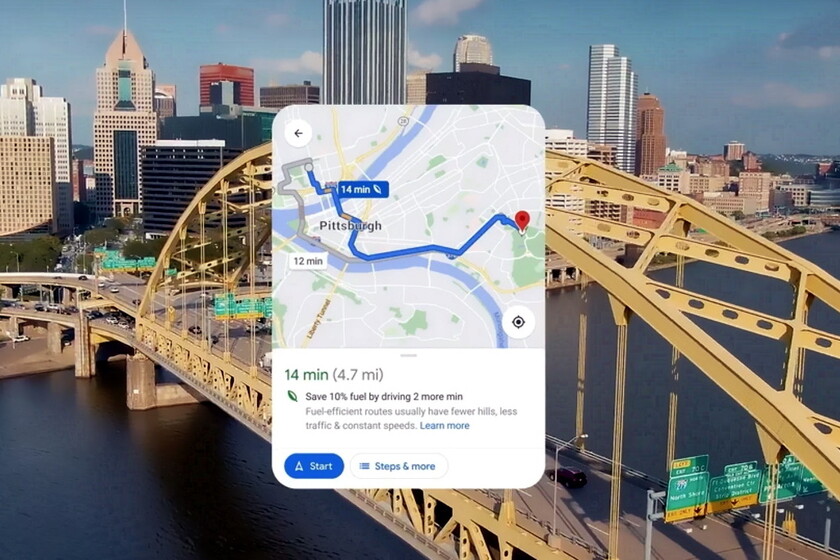 Millions of people use Google Maps every day to map out a route for their car trips; but not just any route, but the one that will take them faster to the destination set, which is precisely the route that the application shows us by default.

Nevertheless, Google has set out to change our mobility habits: speed will no longer be, from now on, the criterion when recommending the route, opting from now on sustainability.

A change of criteria that, if we want, we can reverse

Here’s what it sounds like: the most popular mapping app on the market will calculate your recommended routes based on factors such as fuel consumption, traffic congestion, or road incline… except when the time difference from the fastest route is very high.

With just a few taps, Google Maps it will allow us to check the relative fuel savings data and the difference in arrival times between the most sustainable route and the fastest, making it easier for us to make the decision of which one to choose.

If all this sounds familiar to you, it is because this functionality was already presented last March, but in that case it was an added functionality that we could consult ex profeso, not from the default suggestion of the app.

Anyway, calm down: If this criterion is not useful to you and you prefer to go back to the old one, you can change it yourself in the app settings (in the same way that until now we could tell Google Maps to prioritize the routes without tolls even if they were slower).

Read:  How to increase the RAM memory of my computer or laptop? - Fast and easy

But beware, this new functionality is only available in the United States for now: until 2022 (and we do not know at what time of that year) we Europeans will not be able to enjoy these new ‘ecological routes’.

For their part, Google is sure that this decision can have a great ecological impact:

“We estimate that greenways have the potential to avoid more than a million tons of carbon emissions per year – that’s the equivalent of taking more than 200,000 cars off the road.”