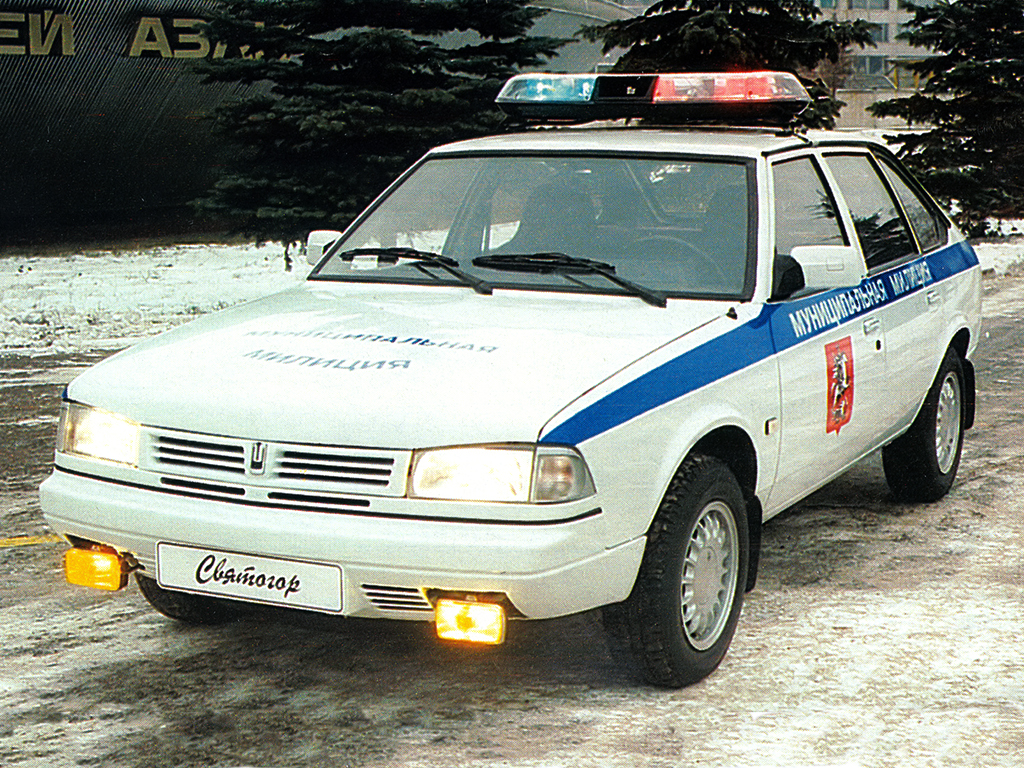 Moskvitch (Russian: Москвич) has been dead for 20 years, it was one of the Russian state-owned companies that did not survive the free market. After Russia seizes Renault’s assets, it may end up returning to the market, albeit with outdated technology.

Moscow Mayor Sergei Sobyanin has explained on his blog that he understands Renault’s decision to have closed its factory in the city, but that so many people cannot be left without work. «In 2022, we will open a new page in the history of Moskvich, he said at the end of his exposition». Hold on, curves are coming.

This Russian word, which we can translate as Muscovite, was used for a car manufacturer that was founded in 1929 and was controlled by the Soviet state until 1991. It lasted a few years as a private company, OAO Moskvitch, until its bankruptcy in 2002 and dissolution. definitive in 2006.

The story did not end there. Renault ended up requesting the rights to the Moskvitch brandWe don’t really know why. The request was officially registered with Rospatent, as a Renault spokesman explained to the AFP agency in 2015. Part of the old factory was used by Renault for its factory in Moscow.

Quality control of the Renault Kaptur at the Moscow factory

Renault has written off all its assets in Russia, which is left to the city of Moscow. The stake in AvtoVAZ (Lada) has been sold for a symbolic price (one ruble) to the Russian Automotive Scientific Research Center (NAMI). You will have the option to get it all back in six years. This was already coming weeks ago.

According to Sergei Sobyanin, the Moskvitch factory will enlist the help of Kamaz, a Russian truck manufacturer, to relaunch the production of cars with less load of components to face the lack of components. First they will make conventional vehicles and in the future they will bet on electric ones.

At the same time, the Russian Ministry of Industry and Commerce is making arrangements for the country to become self-sufficient in components again (it was largely so) in order to be able to manufacture vehicles even isolated from half the planet. For the Russian consumer it will be an important step backwards.

It wouldn’t be the first time Moskvitch has gone live with confiscated foreign technology. After the Second World War, a production line of the Opel Kadett was brought from Brandenburg (Germany), which remained in the Soviet zone, and production began in December 1946 as Moscow 400.

After a few years, technology from Soviet engineers began to be used. Going back to our days, surely at first what they are going to do is change the logos to the Renaults and continue to manufacture them with much less electronics, depending on the components that they can obtain or manufacture in Russia.

Kamaz, for his part, indicated in a statement that he supports the decision of the mayor of Moscow, but that a technological cooperation agreement has not yet been closed and that the details will be given later, when things are more tied. They will need something more than that, luck.

And what about Nissan in Russia?

For starters, being a partner of Renault for more than 20 years, it has palmed its share of the French side’s loss of assets. In addition, Renault was manufacturing the Russian Terrano for him, which is nothing more than a Dacia Duster with the typical front of the current Nissan.

At the end of the 2021-2022 fiscal year, Nissan recorded a loss of 52,600 million yen, 390,555,000 euros at the exchange rate, due to the conflict in Ukraine and the stoppage of its Russian activity (including the part of Renault). He does not expect to be able to return to activity this year.

For fiscal year 2022-2023, Nissan is not expected to generate a single yen in Russia. The Japanese manufacturer has the plant in St. Petersburg stopped due to lack of parts, it produced the Qashqai, X-Trail and Murano there. One day Russian dealers will run out of whatever stock of cars they may have left. And after that? We’re waiting.

Kerolain Dawud in the most charming Hinata Hyuga cosplay from Naruto: Shippūden

Sonic Origins – Is it worth it or is it better to let it go? |

Ubisoft will be at this year’s Gamescom