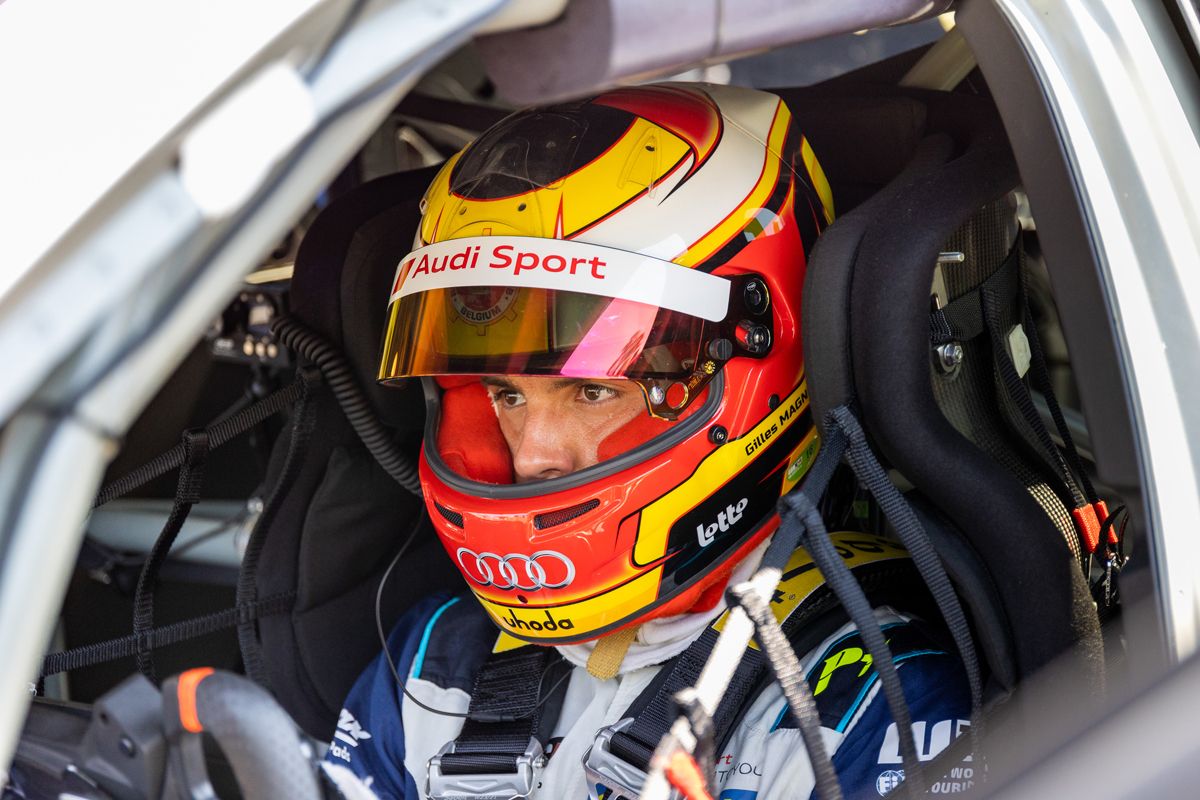 The WTCR reverse grid race in Vallelunga has once again left a Dantesque image for the championship. Without the Lynk & Co in competition after retiring again and with a new succession of punctures, the final result has almost been the least of it. With everything, Gilles Magnus has achieved his second win of the year after beating Nathanaël Berthon, since the two Audi drivers have managed to avoid punctures. Mikel Azcona podium in an important weekend, despite the global situation, in his fight for the WTCR title.

Again without the Lynk & Co on the grillthe start of the second race was even more peculiar as there were no cars on the first starting row. Gilles Magnus took advantage of this circumstance to become leader after starting in the ‘fictitious’ third position, followed by Attila Tassi and Nathanaël Berthon. Mikel Azcona went on to occupy sixth placejust behind his teammate Norbert Michelisz, although the Navarrese soon overtook the Hungarian in his search for a good result with which to round off the weekend.

Magnus’ slow pace and the battle between the four leaders allowed Mikel Azcona to quickly hook up with the leadersalthough the race from then on entered a phase of absolute calm. Concerns about tire degradation and repeated puncturess seen in the first race seized the pilots, who chose to shoot in 1:17 so as not to force the tires. Nonetheless, the punctures were present again in the Audi and Honda TCRs.

Mehdi Bennani and Attila Tassi played at the same timeso they were forced to enter the pits to change their tires. Nathanaël Berthon thus went on to occupy second position, while Mikel Azcona climbed to third place effortlessly. Norbert Michelisz followed in the footsteps set by his teammate, as Esteban Guerrieri and Néstor Girolami went on to roll at 1:17 high on their Hondas to try not to suffer the same fate as Attila Tassi. The race did not have much more history about it.

Read:  The production of the new Lucid Air Dream Edition will be increased for good reason

Néstor Girolami and Esteban Guerrieri exchanged positions With five minutes to go for the biggest title options for ‘Bebu’, although the fear in Honda was that either of them could have a puncture, since Tiago Monteiro also had to go through the pitlane to change tires, thus following in the footsteps of Attila Tassi. Girolami avoided the puncture with more pain than glory, but not Guerrieri who also saw how his race was ruined in the last stages, thus losing sixth place.

The ‘terrible’ show ended with a triumph for Gilles Magnus ahead of his teammate Nathanaël Berthon. For his part, Mikel Azcona secured the third position, closing the weekend with a valuable double podium. Norbert Michelisz was fourth, with Néstor Girolami fifth and Rob Huff sixth after the ‘low’ of Esteban Guerrieri. Dutchman Tom Coronel was the last driver to save the race without a puncturewhich earned him the seventh final position ahead of Attila Tassi, Mehdi Bennani, Esteban Guerrieri and Tiago Monteiro, pilots who succumbed to the ‘Goodyeargate’.

Results Race 2 of the 2022 WTCR at Vallelunga Circuit

The deadly loaves of 1967: an event that struck down 17 people in Mexico