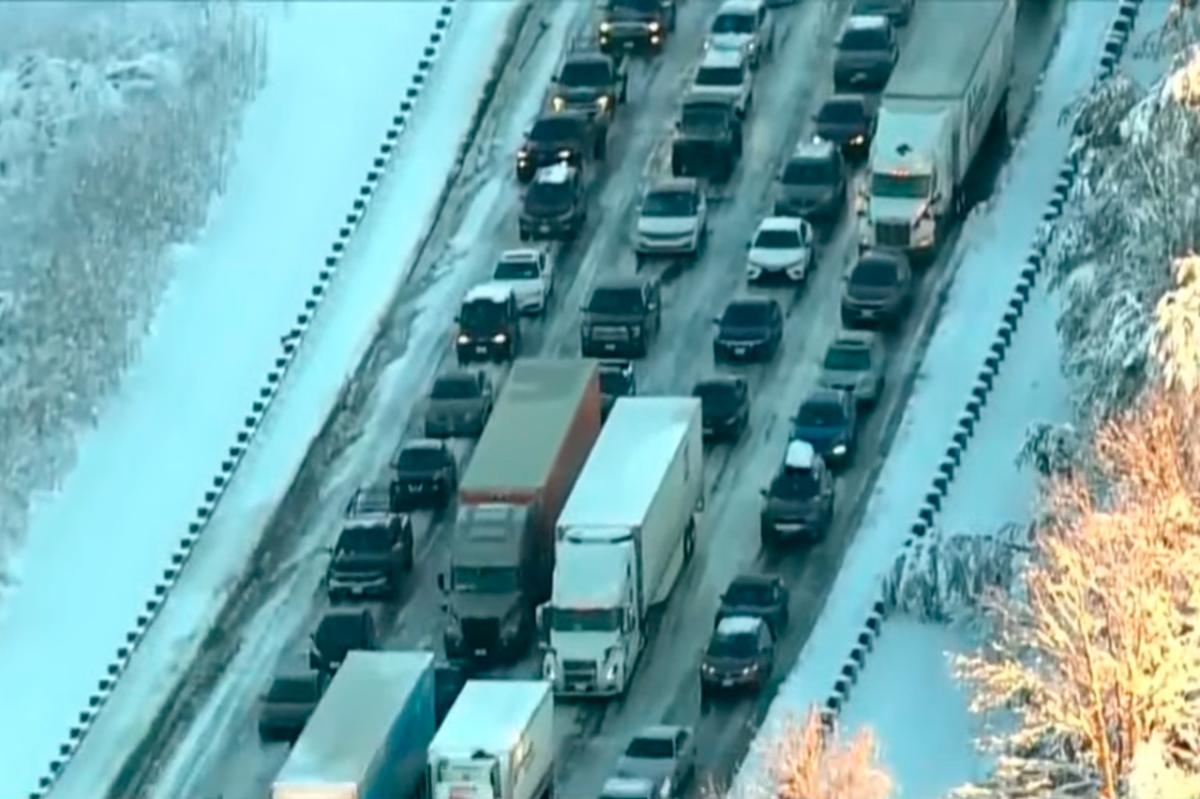 The latest snowfall in Virginia has produced picturesque cases such as that of an Uber passenger with a bill of more than 400 dollars after 14 hours of traffic jam.

The brutal snowfall experienced in Virginia (USA) trapped thousands of people in the highway I-95. Among her, Andrew Peters in an Uber while returning from Dulles International Airport to home in Richmond.

But the trip did not last long, because the traffic jam formed made the cars stop for more than 24 hours, like Senator from Virginiato, Tim Kaine, during 27 hours on his journey to Washington D.C.. In the case of our protagonist, they were “only” 14 hours. A trip that ended with a cost of 200 dollars, to which he added other $100 tip to the driver for work.

An extra charge and widespread chaos in Virginia

But the surprise came when Andrew Peters received a charge of $400 shortly thereafter, which rose to something more than 700 dollars with the tip.

“I had no way of knowing that I was going to be stuck in that traffic jam for so long, and I don’t think that’s fair because they know the route and I have no say in which way the Uber will go.Peters said.

Despite the fact that the assumption of traffic and the increase in the rate is contemplated in the bases of Uber, the company understood the situation and the amount was refunded to the customer.

“We recognize that the extended road closure was an extraordinary circumstance for him and the driver.An Uber spokesperson told NBC about the incident.

The Governor of Virginia, Ralph Northam, declared the state of emergency on Wednesday, January 6 due to the heavy snowfall that the territory suffered, with more than 100,000 power outages, felling of trees and urban structures.

In addition to this, it was necessary to add the aforementioned interstate 95 mayhem in a stretch of 80 kilometers for crash of six heavy trucks in Fredericksburg. The storm has been one of the most damaging in decades, and Virginia is bracing for another later in the week that will hit the entire Mid-Atlantic and New England.

This article was published in Autobild by Rodrigo García Vita.