By NicolasSeptember 26, 2022No Comments4 Mins Read 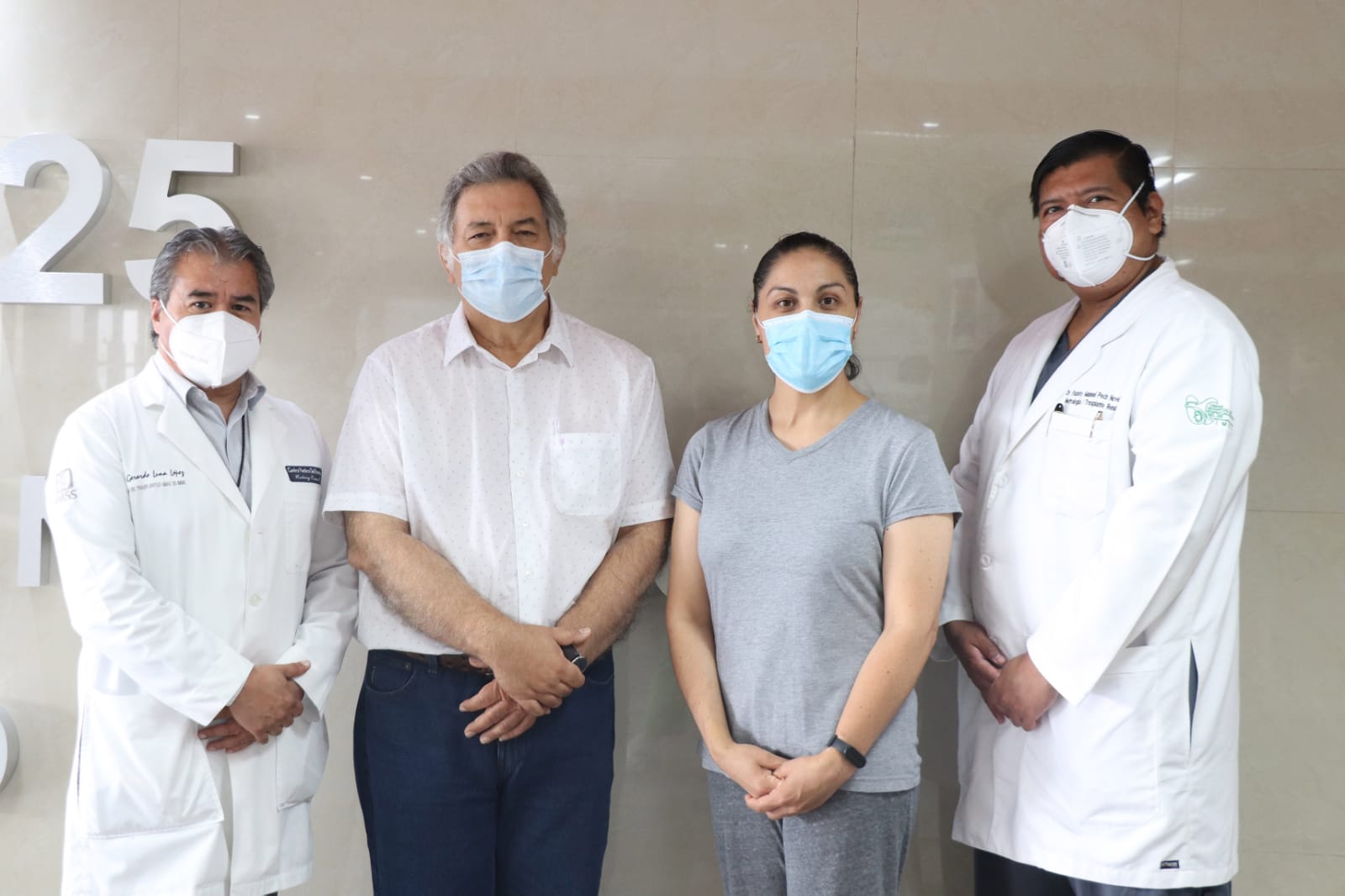 Bad news of family incompatibility gave rise to an unusual story of success and solidarity in our country. Thanks to a group effort, the first crossover transplant in the history of the Mexican Social Security Institute (IMSS). In this case, a 38-year-old woman and a 34-year-old man received the kidneys they needed to improve their quality of life.

Index hide
1 The story behind the historical fact
2 Fortuitous coincidence: People without family ties were compatible

The story behind the historical fact

The double case was carried out by the transplant team of the High Specialty Medical Unit (UMAE) of the Specialty Hospital No. 25, of the IMSS in Nuevo León on August 24. After a month and without complications the event has been described as successful and could be the beginning of other similar ones.

The story of altruism was carried out by two couples of relatives. In the first, Liliana Saraí Rosario Meza would donate a kidney to her younger sister. While in the second, Norma Angélica Lomelí Rodríguez offered her kidney to her husband. Nevertheless, Unfortunately donors and recipients were incompatible.

However, thanks to the fact that various factors played in favor of the patients, it was possible to carry out the cross transplant. In this way, Liliana Saraí donated her kidney to Norma Angélica’s husband, while the latter did the same with the sister of the former.

The head of the Transplant Division at UMAE No. 25, Dr. Gerardo Luna López, explained that About 50 people, including surgeons, anesthesiologists, nephrologists and nursing staff, worked simultaneously in four operating rooms. In total, more than six hours were required to carry out two laparoscopic nephrectomies and two kidney transplants.

Read:  6 things you should never do when you're constipated

Commonly, when incompatibility occurs, the hospital looks for compatible tests in other couples. However, practice has shown that they are unlikely to be found outside the family environment. Therefore, patients are forced to return to the waiting list, explained the nephrologist with training in kidney transplantation at UMAE No. 25, Dr. Fausto Manuel Pech Novelo.

For the doctors, Pech Novelo shared, it was a very pleasant surprise find compatibility in two couples unrelated to each other.

The specialist explained that, in both cases, it was a second transplant for the patients. In addition to belonging to the same age group, the donors were of the same blood group and their kidney function was very similar. Therefore, the interdisciplinary team of Hospital de Especialidades No. 25 offered the crossover transplant.

Donors responded with solidarity to the medical alternative and they signed a letter of consent before a notary public to cross-offer the kidneys.

Thanks to this unique story, reality has changed for both families. The donors left 72 hours after a laparoscopic surgeryand the transplanted patients at 10 days, all with a favorable health prognosis.

In the case of the woman who received Norma Angélica’s kidney, she had had a three-year failed transplant. Therefore, during the last three months, he received hemodialysis in the city of Tampico, Tamaulipas.

“We thought that my daughter was going to donate to my other daughter and it turns out not, we were very surprised because they are sisters, it was a time of great frustration, great sadness,” recalled Carlos Andrés Rosario Hernández, father of Liliana Saraí and her sister.

On the other hand, originally from San Luis Potosí, the transplanted man had received a kidney seven years ago that was rejected by his body. So all this time he was dependent on hemodialysis treatment and awaiting a second transplant.

IMSS celebrates 34 years of the first heart transplant in Mexico