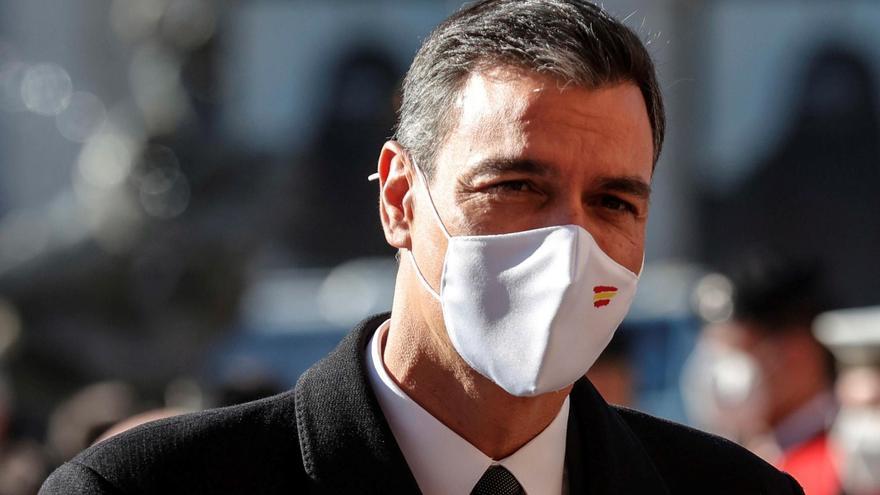 The President of the Government, Pedro Sánchez, and the German chancellor, Olaf Scholz, intend to certify this Monday in Madrid their collaboration to intensify the European Union initiatives of the social democratic project to overcome the social and economic consequences of the coronavirus pandemic.

Sánchez will receive Scholz at the Palacio de la Moncloa, they will hold a meeting and they will share a working lunch after which they will appear before the journalists to report on the issues addressed.

The meeting has been arranged just a month after taking over from Angela Merkel and it will be the first of a bilateral nature between the two since then, although they already coincided in the last European Council held in Brussels.

The message that is launched from Moncloa is that Sánchez and Scholz are in great harmony after having coincided in numerous acts of the European Socialists and they are the most visible heads, although not the only ones, of the strengthening of social democracy in Europe.

The cited sources stress to Efe that Sánchez wants this strengthening of social democracy to go hand in hand with that of the entire European Union with the promotion of policies that serve to leave behind the consequences of the coronavirus pandemic.

In many of his speeches he repeats that the measures adopted by the EU in this situation are radically different from those applied in the last financial crisis, and it hopes to persevere along that path.

Sánchez and Scholz will address various aspects of bilateral relations, the preparation of the NATO summit to be held in Madrid in June, the community energy policy, the reform of the EU fiscal rules, the European migration pact and the Russian threat to Ukraine.

The Spanish and German governments agree on many of these aspects and a “realistic vision” is expected from Germany in the debate on debt limits and public deficit which will be decided after the European Stability Pact has been suspended since 2020.

Scholz presides over a coalition government in which the Finance portfolio is in the hands of the liberal Christian Lindner, who this week assured the German Parliament that in the debate on the reform of the Community tax rules Germany is open to anything that is “reasonable”.

Sánchez and Scholz have also expressed their rejection of the possibility raised by the European Commission and endorsed by countries such as France of consider nuclear as clean energy.

But Germany has been distancing itself from the Spanish proposal to adopt joint measures in the gas and electricity markets in the EU in the face of rising energy prices.

With respect to Pact on Migration and Asylum that Spain wants it to become a reality as soon as possible and that France also has among its priorities for its presidency of the EU in the first half of this year, the German Minister of the Interior, Nancy Faeser, stated this week that the Scholz government supports the unblocking of the negotiations.