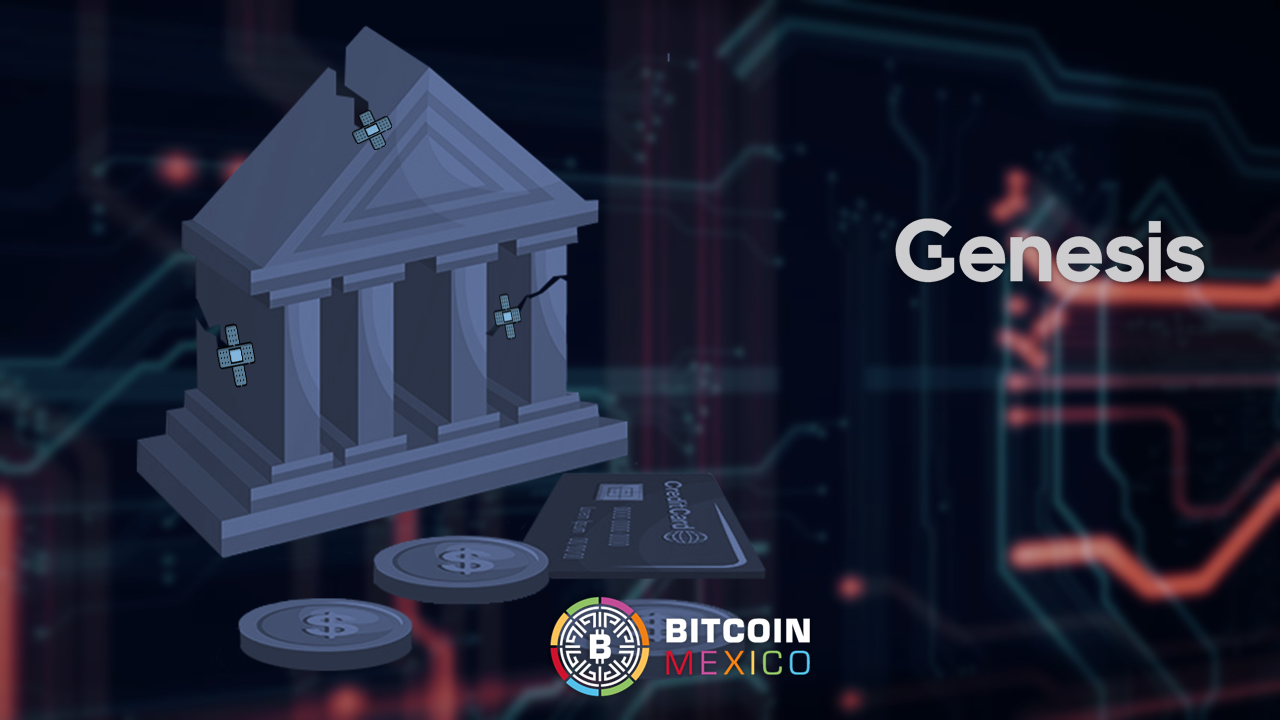 It seems that the storm cloud that hangs over the crypto industry has not yet cleared up and is a long way away from dissipating. Obviously this has not been the best year for the cryptocurrency market, an example of this is the current crypto winter, a bearish period that has had strong repercussions in the sector, from layoffs to the disappearance of companies.

Part of this losing streak is due to the collateral damage caused by the bankruptcy of the FTX firm, generating a domino effect that may still take time to knock down the last piece.

About, The Genesis firm recently reported that it is experiencing a series of difficulties in raising cash for its lending unit. Due to these impediments, and preventing future liquidity problems, The company has chosen to announce to its eventual investors that there is a possibility that it may have to file for bankruptcy. according to the specialized media Bloomberg.

The lack of liquidity of the crypto firm has been present especially since FTX declared bankruptcy earlier this month. Thus, since then, the company has faced “abnormal withdrawal requests”, which is why it has been seeking a billion-dollar ransom since last week.

No plans to file bankruptcy

However, as the firm pointed out, there is the possibility of declaring bankruptcy, although at the moment that is not his intention since he will continue in search of a better option, both for his own well-being and for that of his clients:

“We have no plans to file for bankruptcy imminently. Our objective is to resolve the current situation in a consensual manner without the need to declare bankruptcy. Genesis continues to have constructive discussions with creditors“, a representative of Genesis told Bloomberg.

Genesis and its fall into crisis

The first time the company talked about its liquidity problems was inlast November 16when through its official page of TwitterinIt said that “abnormal withdrawal requests” exceeded its current liquidity, citing the FTX collapse as the source.

Read:  Long-term Bitcoin holders are at their highest in recent years, reveals Glassnode

This caused Genesis Global Capital, the lending business of Genesis Trading, to have toTake the decision to temporarily suspend repayments and new loan originationso we can identify the best solution and the best possible outcome for customers,” the company said, citing the FTX issue.

Therefore, last week, parent company Digital Currency Group (DCG), noted that business operations at DCG as well as its other wholly owned subsidiaries were not affected.

Also, it is important to highlight that Digital Currency Group awarded Genesis Trading $140 million after it said its derivatives business had $175 million locked up on the FTX platform to improve fluidity.

Chronicle of FTX and Genesis

To make Genesis’s recent accusation a little clearer, let’s remember that FTX filed for bankruptcy on November 10, causing a domino effect in the crypto industry, starting with the appearance of blocks and warnings of all kinds.

Likewise, less than a week after the announcement, another big player in the crypto industry, Gemini, indicated to all its Gemini Earn users that they would possibly experience a series of delays in the processing of withdrawals.

Once the issue escalated and the crypto firm opted to have no choice but to halt withdrawals entirely, such action triggered a 75 percent increase in the market lending rate for the Genesis dollar (GUS), which is He blamed immense trading and possible moves to short the asset.