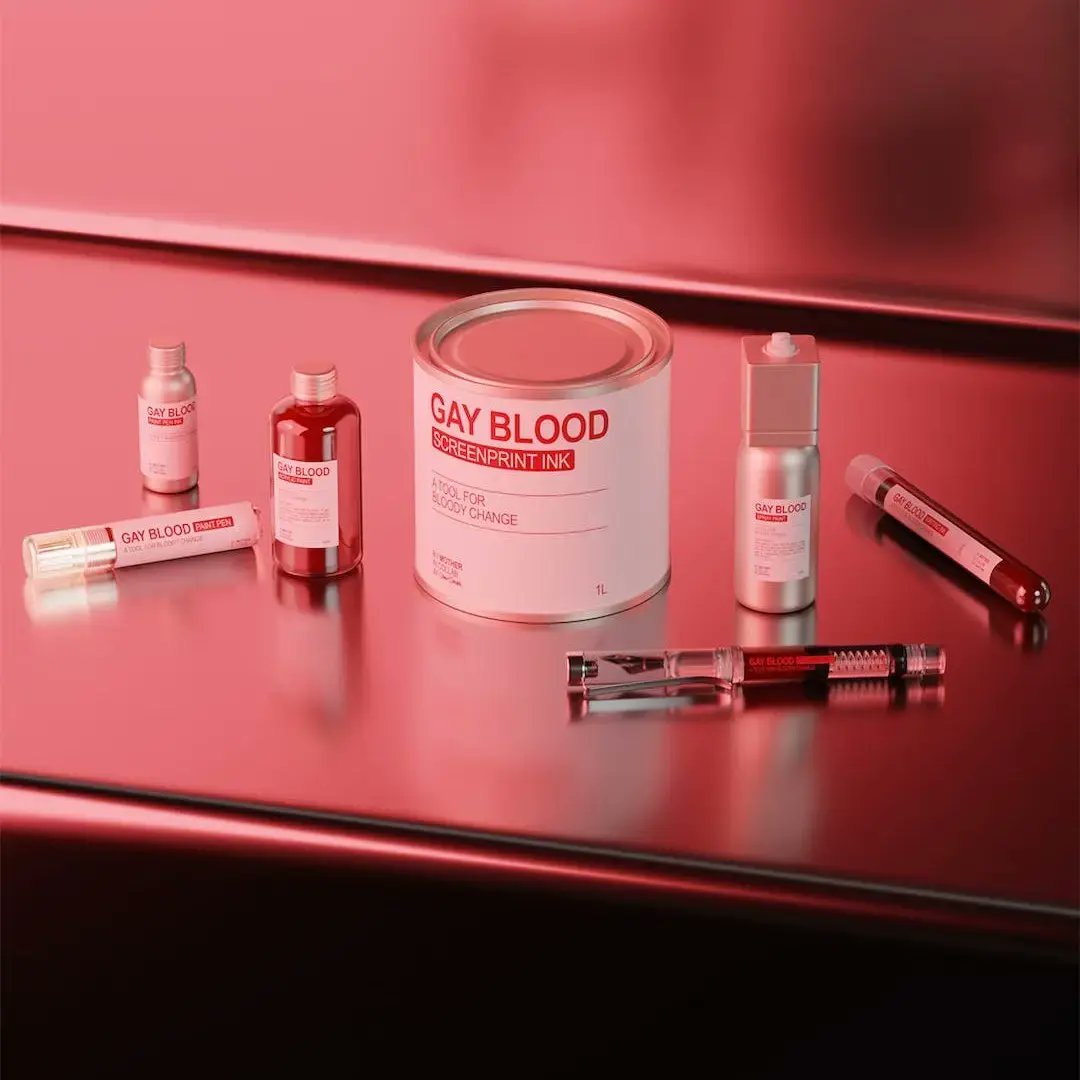 Many times the marketing and advertising industry is used by some brands or movements to carry out protest campaigns against some problems. It is the case that Mother and the artist and activist Stuart Semple have created the “Gay Blood Collection“, a collection of objects with red paint made with blood donated by homosexual men as a protest measure after the prohibition in the United States that homosexual men can donate blood.

This action comes after homosexual and bisexual men cannot freely donate blood in United States by a law created in the framework of the AIDS outbreak, and despite the fact that the legislation has been recently updated, the limitation remains.

Let us remember that homosexual and bisexual men cannot freely donate blood in the United States, according to a law created by the national health authority, the Food and Drug Administration (FDA) in 1983, when the alarm created by AIDS caused a stir in the North American country.

The standard has been updated in 2015 and 2020, still limits gay and bisexual men from making donations.

In this sense, according to data from the World Health Organization (WHO), Approximately 118.5 million blood donations are made in the world. 40 percent in high-income countries, where 16 percent of the world’s population lives. Approximately 13,300 blood donation centers in 169 countries reported collecting a total of 106 million donations.

This is “Gay Blood Collection”

As a protest measure, Mother and artist and activist Stuart Semple have created the “Gay Blood Collection”a collection of objects painted red with blood donated by gay men.

This creation arose after the existing prohibition in the United States, that homosexual men cannot donate blood. So it is the second initiative of Mother and Semple in defense of the homosexual community.

Let’s remember that in 2018 they created together a collection of t-shirts called “Blood is Blood” whose garments were printed with ink made from the blood of gay men.

We made these protest supplies from the blood of gay men. I’ve teamed up with @motherNewYork to create a collection of art tools to help you protest, make a bloody noise and hopefully a bloody change. See the whole line and find out more about GAY BLOOD: https://t.co/l3sSJUghKY pic.twitter.com/pzdAonAYNL

The campaign includes a collection of paintings, which can be purchased on the Mother website at prices ranging from $30 to $200. and consists of a fountain pen, printing ink, acrylic paint, a spray can and a marker.

The objective is that the mentioned products are used to print T-shirts, paint banners and write or sign protests to denounce the obsolete FDA regulation.

For its part, the proceeds from the sale will go to the Callen-Lorde Community Health Center, a primary care center located in New York that serves the LGTBQ community.

Alert about microplastics detected in meat, milk and blood of farm animals

Influencers profit from the invasion of Ukraine: they create makeup posts with blood and clothing from their flag