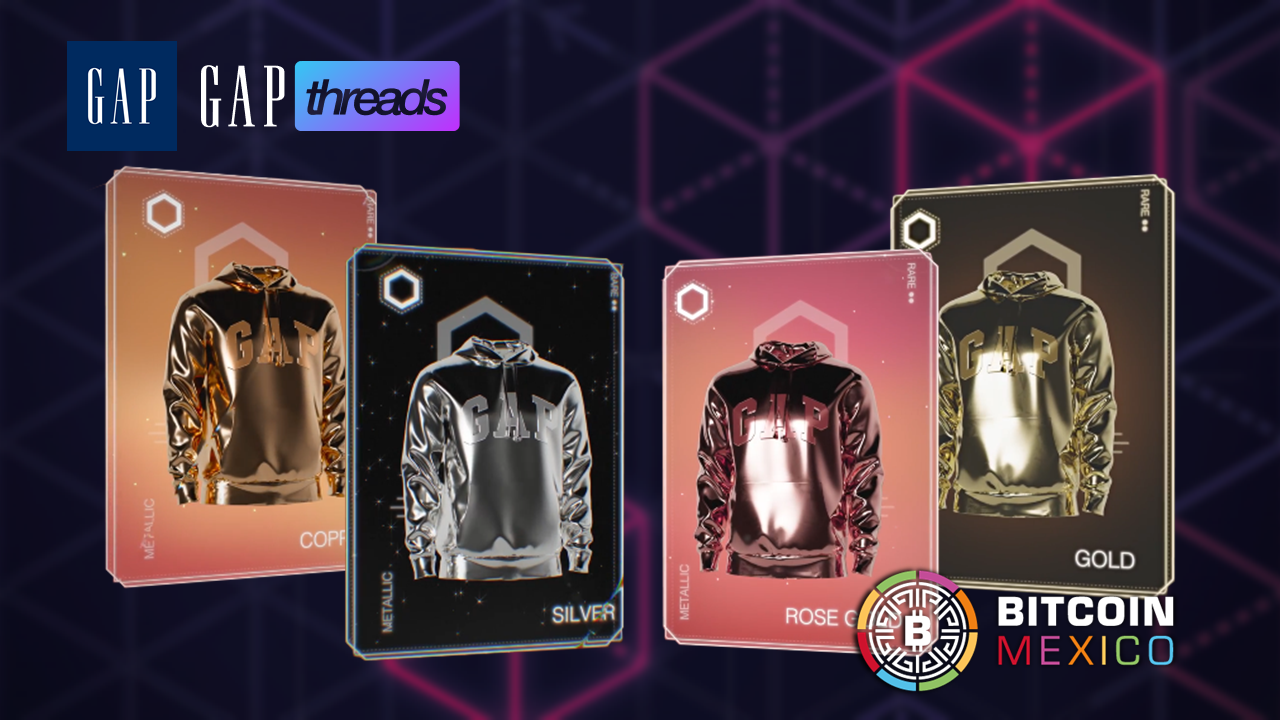 The NFT boom has migrated from the music world to the clothing world in the last couple of months. From Adidas, Nike, H&M and several luxury clothing companies have joined the cryptocurrency ecosystem. Now, it has come to GAP and its classic hoodies to have their own NFTs.

GAP is an American clothing retailer based in the city of San Francisco founded in 1969 that has 6 additional clothing divisions: Banana Republic, Old Navy, Intermix, Hill City and Athleta. It currently has almost 6,000 stores around the world and almost 117 thousand employees.

This same retailer has announced that your first NFT collection and each asset will give you access to a sweatshirt matching the style of the one registered in the Non Fungible Token.

Gap launches its collection on Tezos

For your NFT clothing collection, the clothing chain has had the collaboration of artists such as Brandon Sines, the mind behind Frank Ape and with the help of Tezos, which will be the blockchain where these NFTs will be hosted.

“We are excited about the possibilities that a more planet-friendly blockchain technology can unlock for us and all theIt’s new ways that it will allow us to connect with our customers,” said John Strain, chief technology and digital officer at Gap, it’s a statement.

The value of each of the pieces of the hoodies will depend on the rarity of each of them. Metallic, Epic Frank ape and finally an auction will be held for the unique pieces.

Read:  The fallout from the $650 million Axie Infinity hack

Once the necessary parts have been purchased, they can be merged to create an NFT hoodie, which will have its equivalent in a physical piece that goes with the style of the obtained token. The prices of the metal parts have been revealed and range in the 2 Tezos or almost $9 at the time of writing.

“Gap has always been at the intersection of music, art and culture, so we’re excited about this growth opportunity in the digital space with artists like Brandon Sines.said Chris Goble, chief product officer and general manager of Gap North America.

GAP points to the digital world

Like many other clothing chains, GAP generates the majority of its sales thanks to the internet, which is why they have decided to start reducing the number of physical stores around the world, closing more than 217 stores in October 2021 alone, and I know He expects his physical reduction to continue in 2022.

Another reason to close the stores has been the difficult years that the 7 brands of the chain have had, which have closed the last quarter of 2021 with losses of around $152 million dollars. This led the company to reduce the cost of leasing physical sites, estimated at more than $5,000 million annually, and therefore, a plan to increase online sales.

“As part of our mission to build lasting customer relationships, our teams are constantly innovating. We are excited about the possibilities that a more planet-friendly blockchain technology can open up for us and the new ways it will allow us to connect with our customers.”, concluded the GAP team.

Additionally, the clothing firm hopes to continue its inclusion of cryptocurrencies within the firm’s culture in the near future. So far the collection has already been a successful Sold Out.