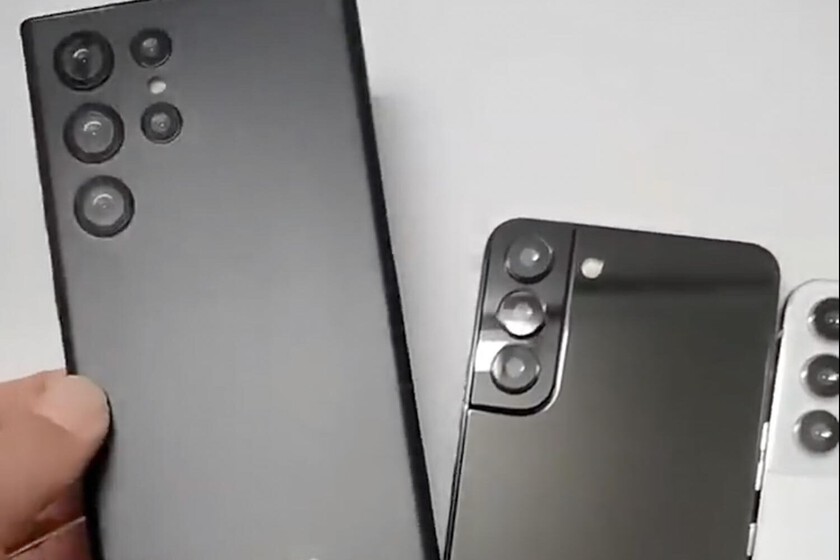 Whenever the future date on which Samsung will reveal its Galaxy S of the year approaches, rumors and leaks about these future models tend to sprout like mushrooms. With the Galaxy S22 we are not living exceptions, We already know a good part of the design and characteristics that they will surely present. What we did not expect is that a video with the final aspect of mobile phones would leak: little is left to the imagination.

The Samsung Galaxy S22 Ultra appears with the S Pen

We must emphasize that the video shown by OnLeaks It deals with three sample mobiles or “mockups”, the typical models that are used to make the measurements and appearance known to future buyers, distributors and accessory manufacturers. Even so, it reveals in detail many of the secrets that Samsung should have kept for the next presentation.

The review of the three sample phones ensures the most possible continuity of design in the most “economical” S22s: both the normal Samsung Galaxy S22 and the Samsung Galaxy S22 + would retain an outward appearance inherited from the previous generation. Rectangular photo module featured in the body, smoothed edges, rounded corners and flat screen for both. Surely they have the back finished in polycarbonate.

Read:  What are iSIMs and how can they do the same as eSIMs in less than a square millimeter

We had already witnessed previous leaks of the Samsung Galaxy S22 Ultra, so the design shown in the video would delve into previous rumors. The mobile in question takes on a look inherited from the Galaxy Note while increasing its dimensions, it sees the top and bottom edges cut straight, the screen appears curved and its rear cameras escape joint modules to stand out with independent lenses.

One of the keys to the Samsung Galaxy S22 Ultra can be perfectly appreciated in the video shown by OnLeaks: The S Pen anchors to the bottom edge of the phone as an inheritance from the now-defunct Galaxy Note range. Therefore, it would not be necessary to buy the accessory, as it was the case with the Samsung Galaxy S21 Ultra: its heir would bring it included.

As is often the case, we still have to keep all data, images and videos as doubtful: despite the fact that the number of rumors and their reliability are high and consistent, there are always chances that Samsung will end up introducing a different S22 family. We will have to wait until the beginning of 2022 to know it officially.