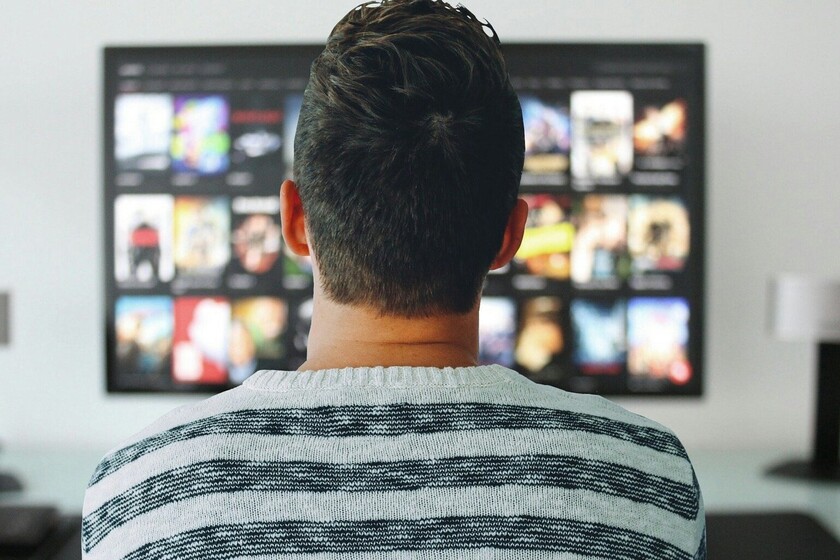 Televisions today have a host of features. However, those that a priori we can think that improve the quality of what is shown, can to some extent decrease the image quality of our TV depending on what circumstances. That is why in this article we will talk about some options that should be left deactivated depending on our use.

Televisions are an expensive product in general, and when we buy one we want it to look its best. However, by default some functions are activated and that cause the image to be corrupted, showing certain “artificial effects” that can harm the enjoyment of content on our TV.

Most of the functions that we are going to talk about can be easily found in the settings panel of our television. Manufacturers often refer to these technologies by a different attractive trade name. But let’s not be fooled, as most of them try to try to improve the image by similar procedures to each other.

It is worth mentioning that deactivating these options is a recommendation by our team, and that we believe that the best image on a television is the one that the owner likes best. Therefore, there is no problem if you think that these options help you achieve an image quality more in line with your tastes.

This feature is based on accentuating the edges of the image and artificially enhancing the detail and texture of the image. At first it may give us the impression that it works, but in most cases provides false detail that in certain circumstances adds annoying saw teeth to the image.

It should be noted that if we have an oversaturated image of sharpness, we can also find a halo effect around the objects.

Our recommendation is to disable these types of functions and balance the sharpness adjustment in the image parameters manually and without going overboard.

In the event that our television converts low-resolution video signals, it can be helpful in certain cases, but the vast majority of the content we see today comes from high-quality digital sources. It is because of that Enabling noise reduction in these circumstances can soften the image to such an extent that detail is lost.

Disable noise reduction functions will help to have a more natural image and with more detail if the content comes from current digital signals.

A trend that emerged as a result of the advancement of Smart TVs with better processors was the development of image interpolation processes. What this basically does is insert new frames between those that already exist in the image, analyzing the content that is displayed in real time..

Known depending on the manufacturer as Auto Motion Plus, TruMotion, MotionFlow, and a long etcetera, these processes soften the image causing the well-known “soap opera effect”. The vast majority of movies and series are shot at 24 frames per second. Activating these types of features makes that content closer to the refresh rate of our TV, being 60Hz or 120Hz on higher end televisions.

Disabling these options will provide us with an image closer to the author’s intention. In addition, the arrival of image modes such as Filmmaker Mode, endorsed by film directors such as Scorsese or Nolan, deactivate these types of features by default.

However, when watching any sport or even when we play a video game, this type of technology can come in handy, since the content is more typical of it.

They have to be yes or yes in the televisions, especially to prove that the television reaches a specific energy certification. These settings are usually activated by default.. Some automatically control the brightness of the image depending on the lighting of the environment, and others in turn provide meters to turn off the television when it is not being used, among other issues.

In case we want to opt for a TV with a high HDR level, it is advisable to deactivate all these options, since in our case we want the brightness to be as high as possible to display images with an optimal high dynamic range.

This feature scales and crops the image displayed on the screen, losing information about it. Our television would be losing around 4 or 5% of the real image with this active technology.

The Overscan came from long ago when in analog television there was a black frame with information that was located around the image. Now we do not only receive signals from television, but we have more sources and devices connected to our device and this overscan applies to all of them. That is why it would be advisable to deactivate the option.

For some time there has been the option to modify the brightness and contrast of the image automatically through a sensor on our television. This setting is applied to every scene we see and the intention of this technology is to enhance those darker scenes. However, it is not very effective.

To get an image as faithful as possible and without sudden changes, it would be advisable to deactivate this option

Many manufacturers today incorporate technologies that analyze the content that users see. ACR, acronym for “Automatic Content Recognition“, It is a function used by manufacturers to monitor the trend of our consumption, in order to obtain recommendations for movies or series that we want to see, or even modify the advertisements that may interest us.

Receiving recommendations is something that does not hurt, however, that data can serve companies for multiple purposes that we do not know. It is because of that it would be advisable to deactivate this option. The name of these settings varies depending on the manufacturer, but they are generally found in the user’s privacy settings.