Bullfrag
Home Technology Gaming Frontiers receives a patch so you can teleport from any settlement, among... 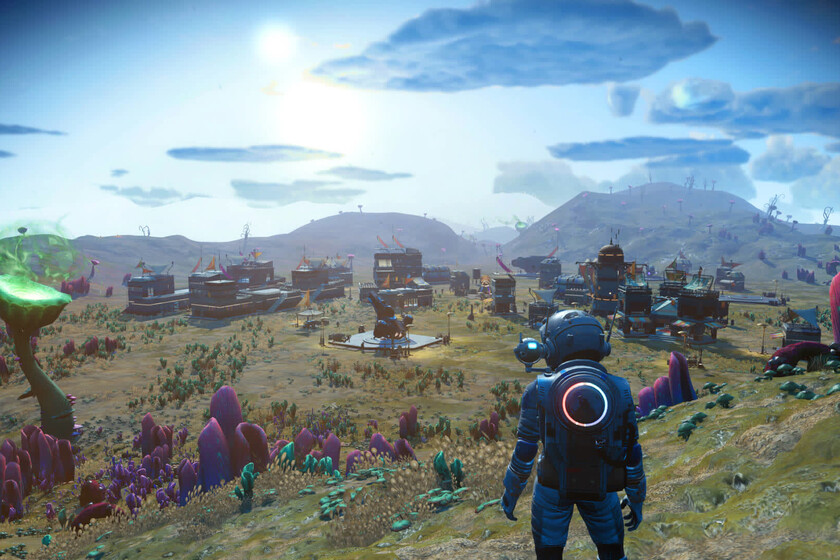 If No Man’s Sky is learning anything, it is to improve over time, becoming a great game after several years after its launch. In early September, it was launched your free update 3.6 in which they incorporated Frontiers, a patch containing planetary settlements, something that fans had longed for for a long time. Nevertheless, Hello games has seen the need to release update 3.66 to correct different errors.

Hello Games has listened carefully to the community and has addressed most of the issues that were reported. Going into more detail in this 3.66 update, fixes an issue that prevented settlement NPCs from being able to sync correctly in multiplayer, as well as the issue that could reset the progress of a settlement construction when saving or loading out of it has been fixed.

Although this RPG always had teleporters, they are only originally found on a space station. Now, and attending to the full patch notes, you can teleport where you need to go visiting the Supervisor’s office in any settlement. They also managed to solve other failure problems, related to large bases and those related to the user interface in the record of an expedition.

Likewise, the developers have also introduced optimization improvements, specifically in rendering systems of base parts and particle rendering. Even different issues that caused visual errors or prevented players from getting a fully satisfactory experience.

This update is now available, so Steam will download it the next time you start your account, allowing you to enjoy content that converts to your favorite space RPG in a Star Wars city. In addition, on Steam the video game is currently experiencing its best month in a year and has become a great adventure for many fans.

READ:  Back 4 Blood has a new trailer dedicated to the campaign and the story, with voices in Spanish and everything

The iPhone 13 would say goodbye to 64GB of base storage