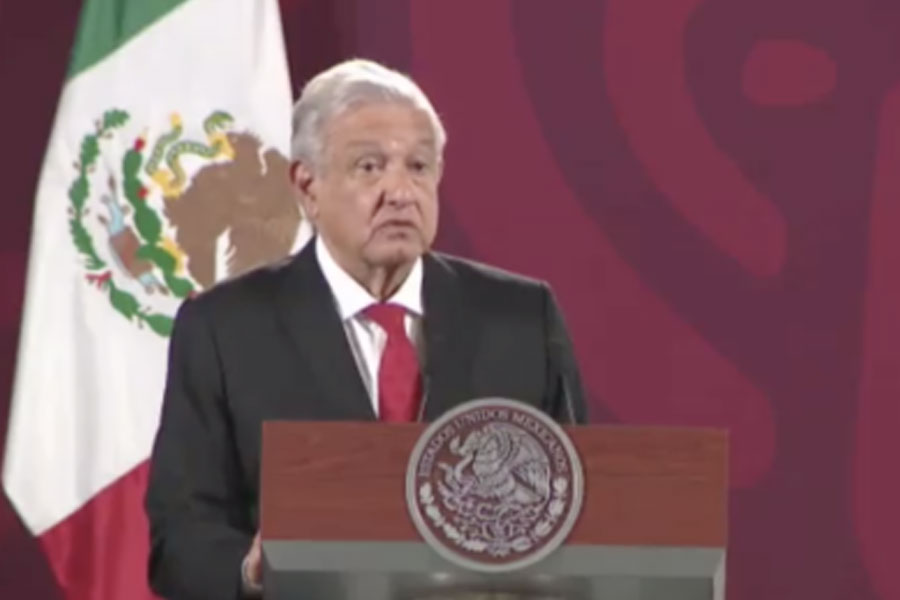 President, Andres Manuel Lopez Obrador announced at the press conference “La Mañanera” that Raquecurrent leader of SAT, will be the new economy secretary, this after the “controversial” departure of Tatiana Clouthier from the ranks of the 4T, prior to the resolution of the T-MEC trilateral conflict. The Executive made this announcement just one day after the former official presented her resignation.

“I have already made the decision to appoint Raquel Buenrostro secretary of economy, who now works as director of the SAT, who has had a very good job because the collection has not decreased.

Today, October 7, AMLO pointed out that the current director of the SAT would be in charge of taking the reins of the economy secretariat. In the framework of the inflationary discussion, the President commented that “inflation has stopped”. According to what he mentioned, the National Institute of Statistics and Geography shared that “there is no more inflationary growth.”

This news is released precisely one month after the resolutions within the framework of the T-MEC. In the announcement, he stressed that after that peak, inflation will begin to decline.

Read:  The countries with the best work-life balance

At the same time, he introduced the new owner of the Secretary of Economy, Raque Buenrostronoting the following:

“I believe that what counts are the facts and she is an exemplary public servant. We have all the confidence in her and she is going to be the next secretary of the economy. She is a master in economics. She has a bachelor’s degree in mathematics from UNAM and a master’s degree in economics from the Colegio de México. She is known because she has been here with us in everything that has to do with the SAT”.

However, after his arrival at the Secretariat, the question arises as to who will be in charge of the taxpayer unit and among the names that resonate are that of Antonio Martinez Dagninowho is currently General Administrator of Large Taxpayers.

And it is that, precisely it was a couple of weeks ago when it was commissioned that between 20 and 30 large taxpayers have been identified as tax debtors for around 100 billion pesos.

For this reason, some analysts estimate a significant change in both dependencies: on the one hand, in the Ministry of Economy, it would have Rachel to face this process of adaptation around the legal framework of the T-MEC, and avoid what many outline as inevitable, which is the exit of Mexico from this treaty.

On the other hand, the possible arrival of Dagnino as the new director of the SAT would put companies with tax debts in a predicament, since the changes that were implemented would generate more and more impact for companies.

Exit of Tatiana Clouthier; implications that it would generate in T-MEC

Teachers; reality in the face of post-pandemic educational lag