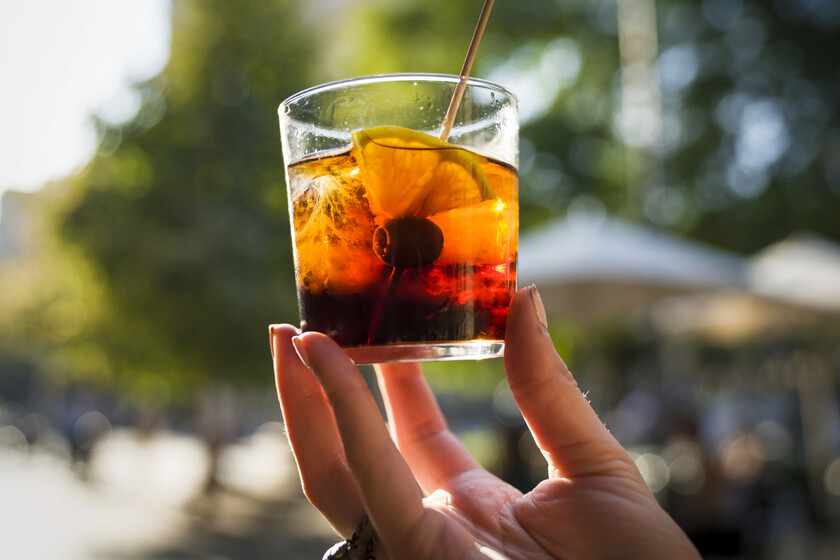 Just over a decade ago, vermouth was a residual drink. Except in historical production areas, such as the surroundings of Reus, the only vermouth served in bars in Spain was almost invariably Martini. And your typical consumer was under 50 years old.

Today there is no bar worth its salt that does not have two or three brands of vermouth, a category that has not stopped growing in recent years, achieving something that seemed unthinkable: it is the only alcoholic beverage whose sales did not fall in 2020, despite the closure of bars.

This is witnessed in Statistics National Institute (INE) in its Annual Industrial Product Survey. In 2019, vermouth had a turnover of 135 million euros. In 2020, 149 million.

It is a surprising achievement for a drink closely associated with bars, whose consumption was transferred without problem to the homes when they closed. Especially if we take into account that categories such as beer or wine have collapsed in figures that are around 10%.

The pandemic has consolidated an upward consumption trend that, all the winemakers consulted agree to point out, began a little over a decade ago. From 2010, consumption of vermouth has grown steadily and in the years prior to the arrival of covid-19 its growth accelerated to one more.

Drink more during the day and less at night

“From 2017 to 2020 the vermouth category has grown by 300%,” he explains. Rocio Osborne, Communication Director of the classic Cádiz winery, which has bet heavily on vermouth with the acquisition of the brand premium Sunday.

In Osborne’s opinion, vermouth sales will continue to increase, as they are closely linked to a change in customs that, it seems, is here to stay: the transfer of alcohol consumption from night to day.

“From a few years to now, part of the nighttime consumption, dominant, very typical of Spain, has been transferred to the after-dinner drink and the afternoon,” explains Osborne. “And now the consumption that is growing the most is aperitif moment, which grows with respect to the time of night and afternoon ”.

This, the winemakers believe, is the reason why vermouth has endured with solvency the closure of the hotel business, than for other drinks it has been devastating.

“The aperitif ritual can be carried home much easier than the party ritual, which is much more difficult to carry,” continues Osborne. “Opening some cans of mussels, olives, potatoes and drinking vermouth is super simple. That ease is what has caused it to increase ”.

During confinement, vermouth followed toilet paper and yeast in the linear emptying. “We had curious things like going to deliver in supermarkets and having the ladies waiting for you to arrive to place the bottle on the shelf and take it,” he says. Luis Martínez Lacuesta, Director of Institutional Relations of the Riojan winery of the same name, a pioneer in vermouth manufacturing in the area. “I have seen it. I have suffered or enjoyed it, I don’t know what to say ”.

Spanish vermouths stand up to Martini

Vermouth is a flavored wine that emerged in northern Italy in the second half of the 18th century. The drink did not arrive in Spain until the end of the 19th century, when the Turin Augustus Perucchi He settled in Badalona and began to manufacture the same vermouth that he made in Italy. This is why Catalonia became the epicenter of vermouth in Spain.

“It is very difficult to compete against Martini”

But, despite the fact that vermouth lived its glory years in various wine regions of Spain, such as Jerez or La Rioja, in the last century its sales have been completely dominated by Martini, the giant of Italian vermouth.

“He ate the market with the brand power it has, ”explains Martínez Lacuesta. “In a Martini advertising campaign one weekend on television they spent what I invoiced for vermouth in all of Spain in a year. Literally. They reached all the places. It is very difficult to compete against them. The way to compete with them has been to convince people to try something other than Martini, which was very complicated. And not fail ”.

Luis Martínez Lacuesta during the last Salón Gourmets with his Reserva vermouth, the jewel of the house.

In recent years, there are hundreds of new vermouth brands that have emerged in Spain: some backed by large wineries, others very local in character. Large multinational distillates have also entered the business. A year ago, the giant Pernord Ricard bought the Galician vermouth Petroni, founded in 2014 in Padrón.

Martini has lost market share, but remains the undisputed leader

“The trends before the covid on the consumption of alcoholic beverages were already tending to drink with less alcohol,” he explains Elma Garcia, vermouth brand manager at Pernord Ricard. “People are starting to stop going out at night to take advantage of the next day. Drinks with less strength go up and those of more go down. Pernod Ricard did not have low alcohol drinks. They investigated which drinks were growing, the vermouth was rising, and they bet on this premium vermouth, which adds value to the category ”.

Read:  How to put a signature on the lock screen in Huawei EMUI

The entry of all these players has made it certain that Martini’s market share will drop somewhat – Osborne assures that between 2017 and 2019 Italian vermouth grew 118% compared to the 300% that Spanish grew -, but it remains the undisputed leader.

“Martini is the first brand of vermouth which was launched in Spain and through which category was introduced in our country ”, Martini sources explain to Directo al Paladar.

From the Italian company they decline to answer about how the entry of new Spanish vermouths in the market has affected, but they are clear that Vermouth sales will continue to grow: “The category expects an evolution of continued growth that will be consolidated over the next few years. Therefore, being a category in expansion, it is expected that new references will appear. We will see in the coming years how it evolves and what are the brands that the consumer ends up adopting as habitual ”.

Taking into account that, today, there are between 200 and 300 vermouth labels in Spain (the vast majority emerged in the last decade) it is inevitable that we are already talking about a bubble.

Vermouth is a drink that, on many occasions, has served to mask low-quality wines

“As in all things that have a boomAt the end there will be a clean one ”, explains Martínez Lacuesta. “At the chance of this vermouth fashion, many labels have been born, but there are many that are not going to endure, because they do not have their own formulation, because they were born in the slipstream of fashion, because they will not have continuity. It is very difficult to have continuity and stay in the marketExcept, in my opinion, those who have done things very well in these years, that there have been people, for example Petroni, who have hit the onion. But you have other vermouths that you see around here in the stands that will last a quarter of an hour ”.

Vermouth is a drink that, on many occasions, has served to mask poor quality wines. Doing it wrong is simple, but making a good vermouth, which also has regularity, is not so good. “It’s easy to fail,” says Martínez Lacuesta. “Because they have another wine supplier, because it is not the same every year, because it is not the same to make 300,000 bottles a year than to make 8,000 …”

Eduardo Pallares and his partner Víctor Rubio, from Miró vermouth, at their stand at the Salón Gourmets.

“It’s a bit like what happened with gins a few years ago,” explains Garcia, from Pernod Ricard. “It started to grow and marks came out even under the stones. Every day they talk about different, super local brands. When the boom the strongest will stay or those with something else to tell ”.

“To unseat Martini, a Spanish brand should invest a lot in brand building,” Osborne concludes. “I don’t know if anyone will get it, but there are many niche markets to explore. Many consumers are looking for more artisan products and in this, vermouth is a category that works very well, that is why it is becoming fragmented ”.

What is clear is that the new consumer of vermouth is willing to try new things. “I’m from the 90s,” he explains. Eduardo Pallares, International Business Development Manager of Vermut Miró, one of the most veteran producers of Reus. “This generation already we have reintroduced vermouth into our routine. It is not something of the past like for those of the 80 ”.

Abroad, he explains, vermouth is also growing, but especially in cocktails. The negroni – the legendary cocktail of vermouth, Campari and gin – has also experienced a great boom in recent times and it is a trend that all wineries, they point out, will have more and more weight in Spain.

Twenty-somethings are more willing to innovate in the aperitif than their elders. And now you have more to choose from.