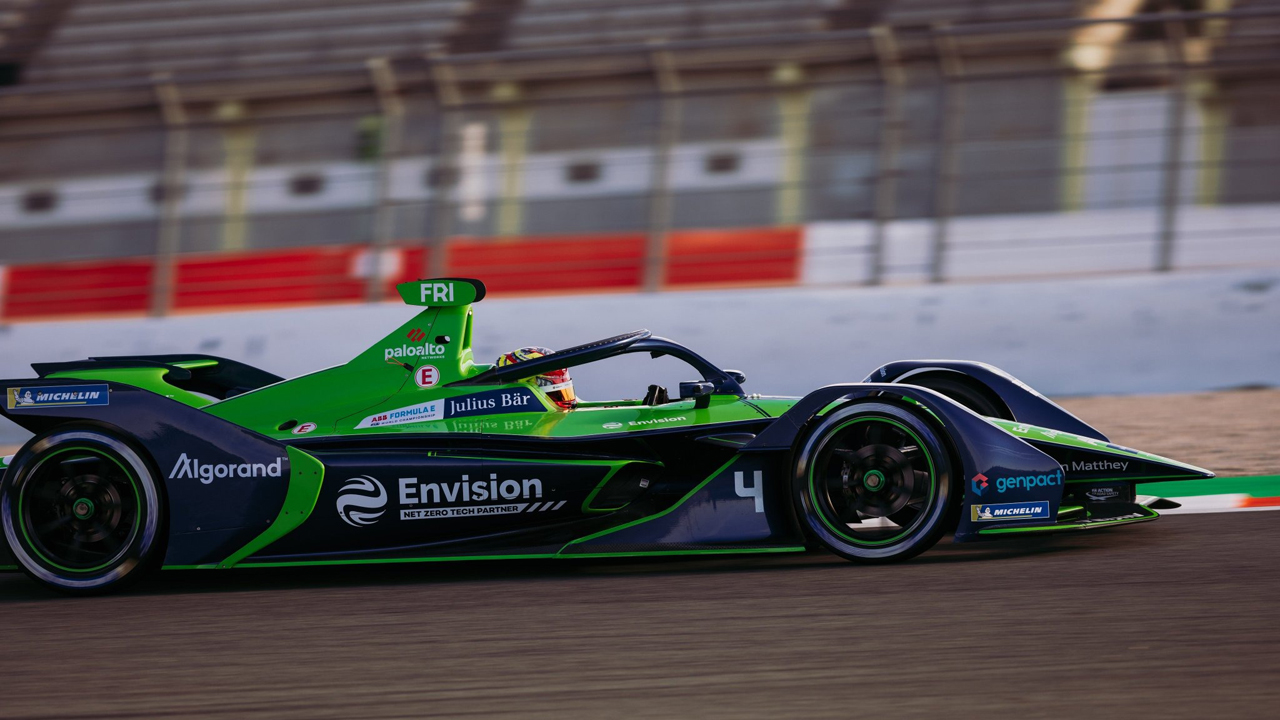 The Virgin Racing team continues to race with Audi technology and the driver couple of Robin Frijns and Nick Cassidy.. However, this continuity bet for the 2021-22 season of Formula E has been blown up. with the renewed livery of the Audi e-tron FE07 that will be used by the team. In fact, Virgin’s car has gone from sporting its traditional purple color to a truly striking green and blue livery. And Robin Frijs has not missed the opportunity to set the best time on the opening day of the official preseason test with a best lap of 1: 26.968.

The first session of the official Formula E test ended at noon with the provisional best time of Sam Bird. The British Jaguar driver set a time of 1: 27.169 with the Jaguar car in the final stretch of training to beat Lucas Di Grassi by one tenth. The Brazilian driver, now under the Venturi Racing umbrella, narrowly edged out Robin Frijns, who ultimately starred in the day with the green-tinted Audi e-tron FE07 used by Virgin Racing. For its part, Edo Mortara was fourth, António Félix Da Costa, fifth and Oliver Rowland sixth on his debut with Mahindra.

With fairly pleasant track conditions and mildly warm weather for late November, both the morning and afternoon sessions went by without major incidents. And that translated into a slight improvement in the times during the afternoon. A scenario in which Robin Frijns imposed his law with a time of 1: 26.968. The Dutch driver thus managed to be the only member of the Formula E grid capable of breaking the 1:27 barrier. Almost two tenths behind Frijns was Jean-Eric Vergne, while António Félix Da Costa was third with the second DS Techeetah.

Read:  Perfect Saturday of the Mercedes GT3 in the 3 Hours of Barcelona

Beyond the times In the afternoon session, a classification simulation was carried out at 3:30 p.m., which has allowed drivers and teams to test the new format imposed by the promoter with direct knockouts after a group stage, in true World Soccer style. For this reason, work in other areas has been limited and has led the Mercedes EQ drivers to occupy the last two positions of the timesheets, just behind the rookie Antonio Giovinazzi. The still pilot of Formula 1 and the two drivers of the champion team have been the only ones who have not broken the 1:30 barrier.

Lewandowski, winner of The Best 2021 award