French GP – Sainz, 1st and with regenerated confidence… but the graining is back! 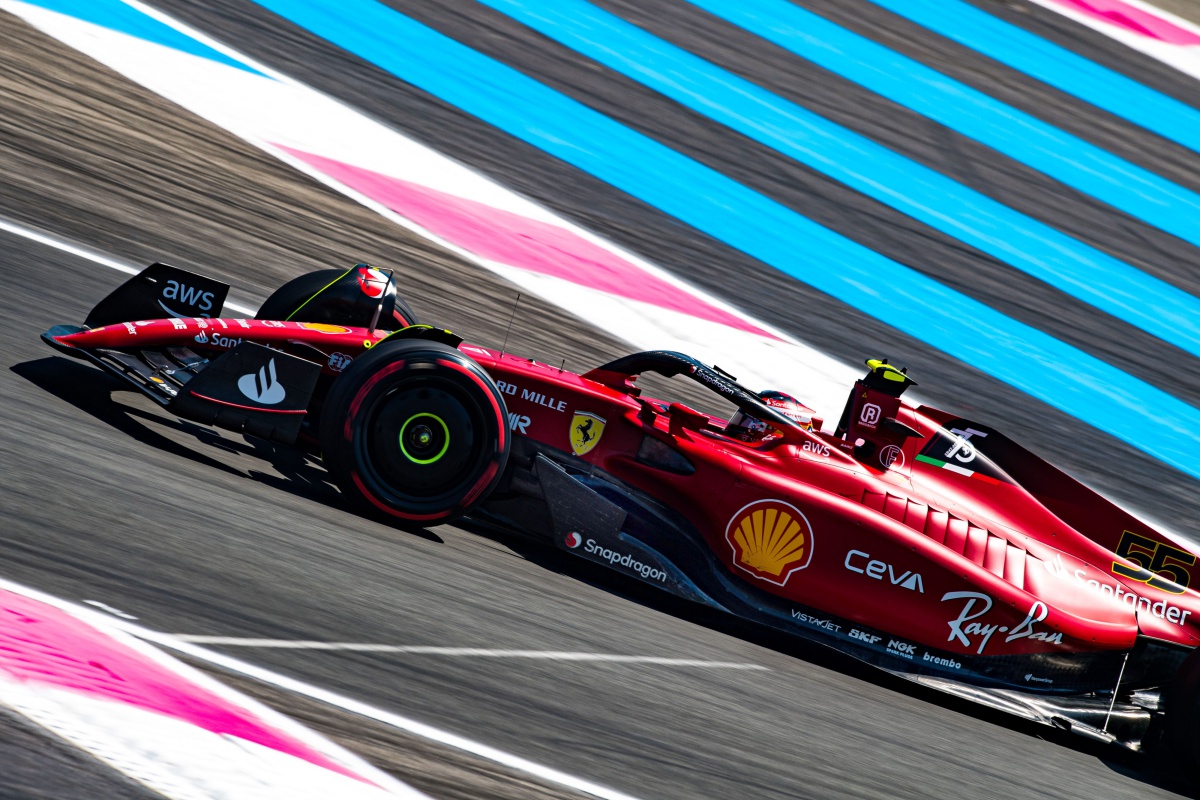 After seeing his Ferrari go up in flames in Austria when he proceeded to write down a new 2nd place in his personal locker, Carlos Sainz arrives in France with the intention of coming back in the race after a penalty that has been inevitable.

Carlos Sainz’s season in 2022, like his level of confidence in F1-75, is the clearest example of a roller coaster: after retiring up to 3 times, the Spanish Ferrari driver managed to take the first victory of his racing career… before retiring for a fourth time just one grand prix later.

While on some of the previous occasions it was his fault for retiring in the race, in Austria it was his power unit that left him stranded when he was overtaking Max Verstappen to close, along with his teammate Charles Leclerc, who would have been the second double for the Scuderia so far this year.

Also read:
Index hide
1 Sainz shows off his chest with the best time of the free seconds in Paul Ricard
2 Minimize losses

After seeing how his car burned in flames unable to do anything but try to get out of it as fast as possible so as not to catch fire like this one, the #55 was finally out of the game and also behind the two Red Bulls in the drivers’ championship.

“It’s been a positive day. updates seem to work fine and the car went well, especially especially in the fast laps”, Sainz confessed, congratulating himself that, despite having already passed the halfway point of the season, Ferrari continues to improve its car.

Read:  C'est la guerre: France says no to saying "Streamers" and proposes its equivalents in French

However, the high temperatures at Paul Ricard have brought back an old enemy of Ferrari: the graining. “The long runs have been a bit more difficult because of the graining. Without a doubt, today’s high temperatures were an important detail to take into account, but we have to carefully study how we can protect the tires as much as possible», he explained.

Have a less degradation than Red Bull It was key in Ferrari’s victory in Austria, a factor that seems to affect them equally on the French circuit… although it matters little to a Sainz who, presumably, will start the race from the bottom of the grid on Sunday due to the accumulation of penalties for using additional elements in your power unit.

“Given that on Sunday I will have a penalty, now we have to focus on preparing the car for the race. There is room for improvementso we will continue investigating,” Sainz concluded.

“Given that on Sunday I will have a penalty, now we have to focus on preparing the car for the race”

For his part, Leclerc stressed that his “qualifying pace was quite good”, so now his goal is to improve his race pace, without forgetting to adapt to the weather conditions. “The tire management will be key, since the temperatures are very high this weekend. I am confident that we will be ready when Sunday comes, as we know where we need to improve », he concluded.