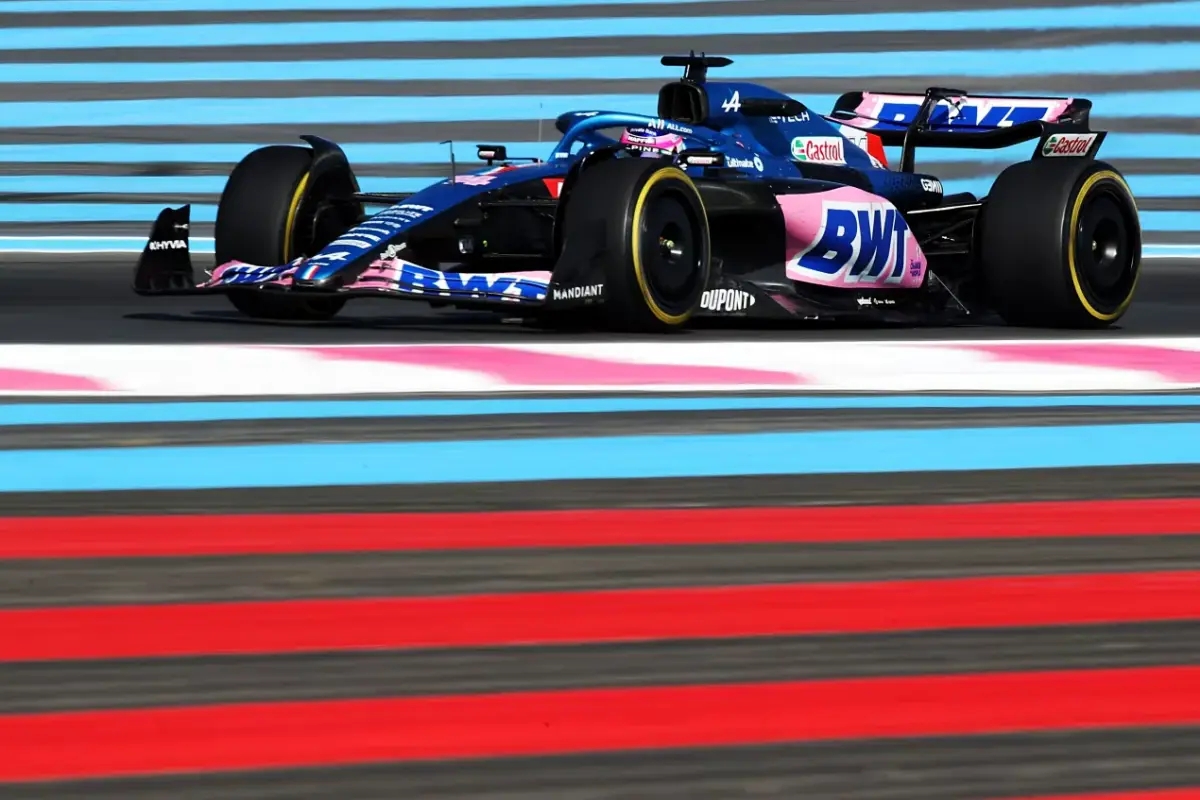 The seventh position on the grid of the French Grand Prix achieved by Fernando Alonso keeps Alpine with options to contain the advance experienced by McLaren. Lando Norris will be his main rival, starting fifth.

McLaren has taken a step forward with a much updated MCL36 this weekend in France and Lando Norris has staged it perfectly with a fifth place on the grid among the Mercedes.

The British pilot has even surpassed George Russell and will force Fernando Alonso to do his best if you want to follow his rhythm tomorrow Sunday. This means that, once again, Fernando Alonso will be the hope of Alpine, who is fighting for fourth place in the constructors’ championship with McLaren.

Index hide
1 Better rhythm than in training
1.1 one or two stops

Better rhythm than in training

McLaren’s advance could be seen coming from training, but the fact that Alpine encountering problems performing at a good level at his home circuit was more unexpected. However, the Anglo-French formation fixed the situation in time for qualification.

And, on a trouble-free day, Fernando Alonso is faster than Esteban Ocon in any circumstance. It was clear from the start and the Frenchman eventually had to settle for 12th on the grid as the Spaniard moved into Q3 for the tenth time this season.

“The truth is that I am happy. We’ve had a bit of a strange weekend in terms of competitiveness, I think we have been faster in Silverstone or Austria compared to hereand we have to see why, ”Fernando Alonso began by saying when he got off the Alpine number 14.

«McLaren or AlphaTauri have brought many new parts and perhaps have taken a step forwardso being in the ointment with everyone and in Q3, I think it’s a good first step, “continued the Asturian pilot.

Read:  The mafia car that Willyrex's daughter and wife would inherit

But Fernando Alonso hopes to give more war in the race, because the simulations of long runs on Friday were much more satisfactory than those of classification.

“I hope I can be more competitive tomorrow and be closer to Lando, above all. Yesterday it seemed that we were doing quite well in race pace, behind Mercedes as the fourth team and then, after one lap, we were not able to get the most out of it, “recalls Alonso. “We have been seventh in the time trial, so maybe our strong point is tomorrow in the race, hopefully it will be like that.”

one or two stops

What is not clear is the strategy to follow, because although the heat and degradation indicate that two stops could be ideal, the extraordinary length of the pit-lane at this circuit will make all the drivers try to complete the race with one stop

«In theory, it will be a stop because of how long the pit lane is, it takes 27 or 28 seconds.. In theory, one is always better, but in this heat you will have to drive very slowly and there comes a point where you don’t know if it’s better to push and go to two.

“We won’t know until lap 15 or 20. I think we will all go out thinking about a stop and on lap 15 or 20 there will be different strategies »concludes Fernando Alonso, leaving all options open for the race itself.