French GP – Binotto clears Sainz’s doubts with the strategy: “The right thing to do was stop” 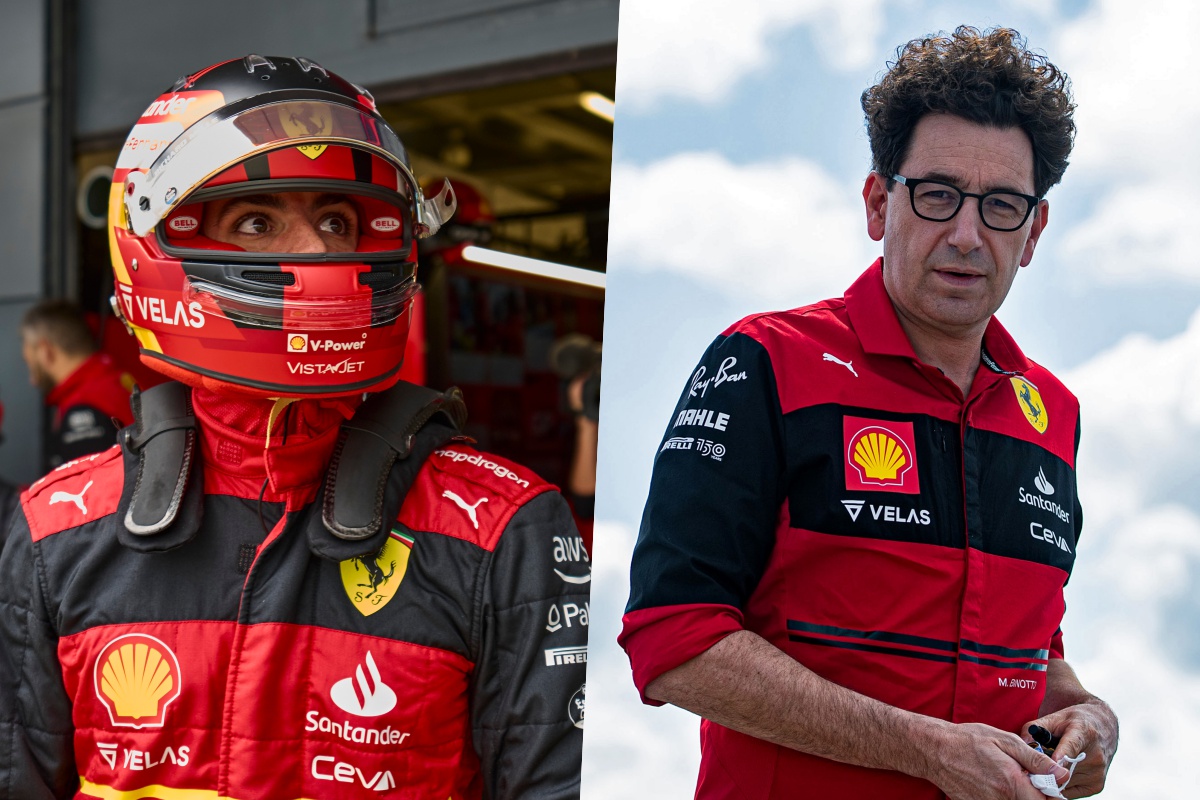 A new scuffle between Carlos Sainz and the Ferrari wall, this time at the Paul Ricard circuit, highlighted the different views of what happens on the track that both parts of the team may have.

Success in Formula 1, as in almost all team sports, involves getting it right in several aspects to succeed, but especially one key factor: go all to onebet on a common tactic of which everyone is aware and in which all those involved are participants.

Nevertheless, at Ferrari it seems that strategic rigor works differently than it does at other teams. Large-caliber failures, such as passing through boxes that deprived Charles Leclerc of victory in Monaco and that Carlos Sainz rejected by reading the race better than the Scuderia wall, do nothing but become a shot in the foot that ruins any chance of victory.

Also read:
Index hide
1 Sainz doesn’t understand anything at Ferrari: “We could have finished on the podium”
2 resounding success
3 Adaptation to the environment

Sainz doesn’t understand anything at Ferrari: “We could have finished on the podium”

From the creators of the already mythical Stop inventing! of #55 at Silverstone, when, once again, the driver from Madrid defied the strategy proposed by his team to end up achieving the first victory of his racing career, in France another new chapter of the series of catastrophic misfortunes of the Italians arrived. .or so it seemed at least.

On lap 17, a driver error by Leclerc took him into the protections, thus causing a Safety Car which Sainz took advantage of, among others, to make his first stop of the race to mount medium tires after starting with hard ones from the bottom of the grid.

Although it was excessively slow, the Spaniard returned to the track and began to rid himself of his rivals once again when normalcy returned to being established. George Russell, Sergio Pérez … and just then, when Sainz was battling the Mexican, an incoherent ‘box, box’ sounded on the radio to which he couldn’t help but respond ‘Not now, not now!’ with the stress of the moment.

Instead of keeping him on track in an attempt to get on the podium, Ferrari backpedaled with his strategy just 11 laps from the end, thus making him the driver who later went through boxesof those who went to 2 stops.

Read:  Dakar 2022 - Start of hostilities in this Dakar with a 333-kilometer special

“I think that, in terms of the choice we made, it was the right one,” he considers, however. Mattia Binotto. «I think that Carlos, from the cockpithe didn’t have all the information, so it was difficult for him to judge, but there is no doubt that we made the right decision».

Adaptation to the environment

As soon as he got out of his F1-75, Sainz confessed that he did not agree with the definitive strategy that was imposed on him, although he acknowledged that the team had more information than himthus assuming that from the wall they were right.

“First we tried to extend their stint everything possible for the health of his tyres, to at least make sure we didn’t overdo it. However, as soon as we had all the information, something that was missing, we realized that there was not enough life in the tires to make it to the end of the career; that simple», continued Binotto.

“Leave him out would have posed a risk in terms of security and reliability in terms of tire life, so we had to stop. More than that, I think that Carlos’ pace would not have been enough to open the gap of more than 5 seconds with Pérez and Russell to somehow cover the 5-second penalty, “added the Italian-Swiss manager.

“Therefore, the right thing to do was stop. By doing this we also got the fastest lap of the race, which is still a very important point for the team and for Carlos », he concluded.

Prediction and marketing strategy in health