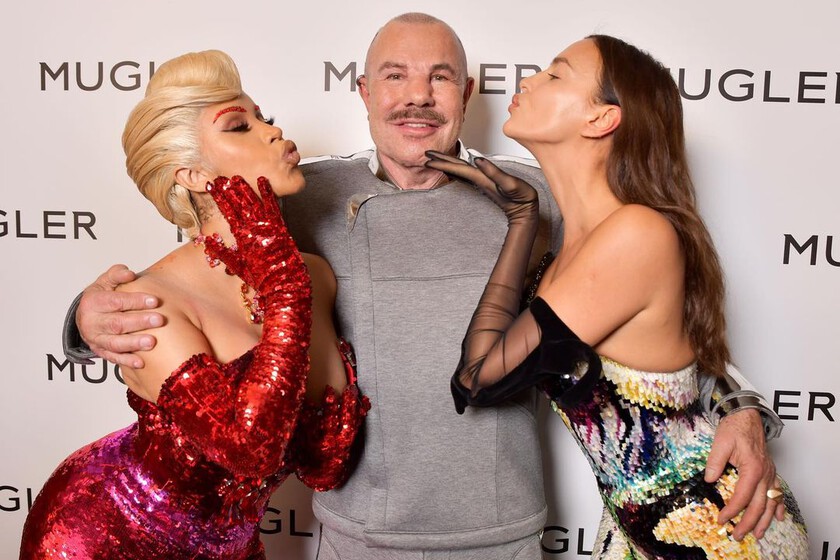 The world of fashion suffers another great loss, the French designer Thierry Mugler He has died at the age of 73 from “natural causes”, according to his spokesman. Jean-Baptiste Rougeot. Leaving us an infinite legacy of prêt-à-porter pieces and haute couture full of fantasy, the couturier created a school and captivated with a groundbreaking vision that still endures.

“We are devastated to announce the death of Mr. Manfred Thierry Mugler on Sunday, January 23, 2022”, with these words the house announced the loss of the designer in their RRSS. Bold, imaginative and unique, these adjectives accompanied him throughout his career and marked his DNA. Becoming an icon of the 1980s, his designs from back then are still relevant today.

with a list of celebrities infinite that their dresses wore, Kim Kardashian chose it as one of her favorites a couple of years ago. His most daring designs from the 80s and 90s were once again worn to hit the streets or even go to the red carpet of the MET Gala -how can I forget his wet effect dress?-.

Kim Kardashian dressed in Mugler to emulate a cowboy from the future during Halloween 2021 (Photo: Instagram @manfredthierrymugler)

In addition, one of her most iconic dresses was the great protagonist of the 2019 Grammy Awards red carpet. Cardi B did not hesitate to wear a vintage Thierry Mugler dress taken from the catwalk in 1995. Almost three decades later, this inspired design in a sea shell it shone again with its own light.

Read:  Pandora launches the most groundbreaking collection to date, perfect pieces to modernize the most classic looks

Cardi B posing on the red carpet of the 2019 Grammy Awards (Photo: Gtres)

The world of fashion loses one of its fundamental pillars of the 80s/90s, however his designs will last forever.

The long dress from Women’ Secret that is going to rock this summer because it looks great with all the sandals (and that is...

Dresses, jumpsuits or hats…seven very top purchases to be the coolest of the festival this season

Eight prefabricated houses that are a more economical, sustainable and functional alternative than a traditional one