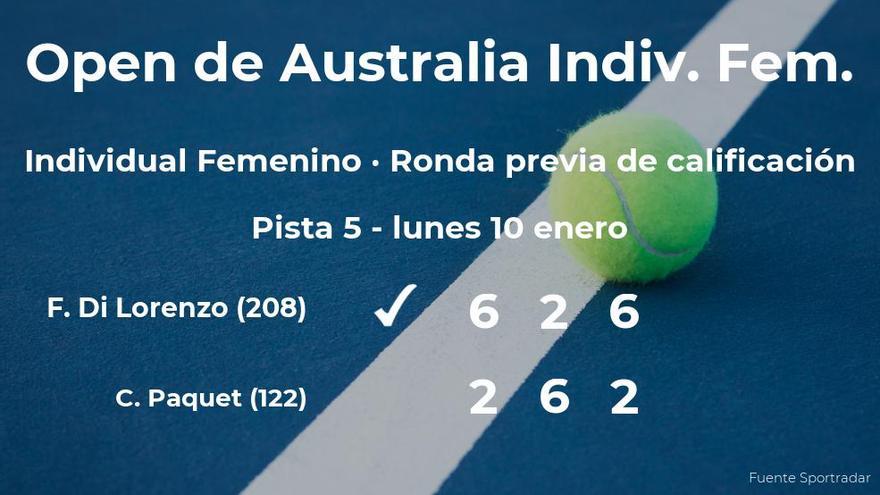 The tournament Melbourne (Australian Open Indiv. Fem.) has a preliminary access phase that tennis players with the lowest ranking have to pass to enter the official tournament. During this part of the competition, specifically, 128 tennis players participate. In addition, it is held from January 9 to 30 on an outdoor hard court.