Formula 1 has a problem with Aston Martin… the Safety Car 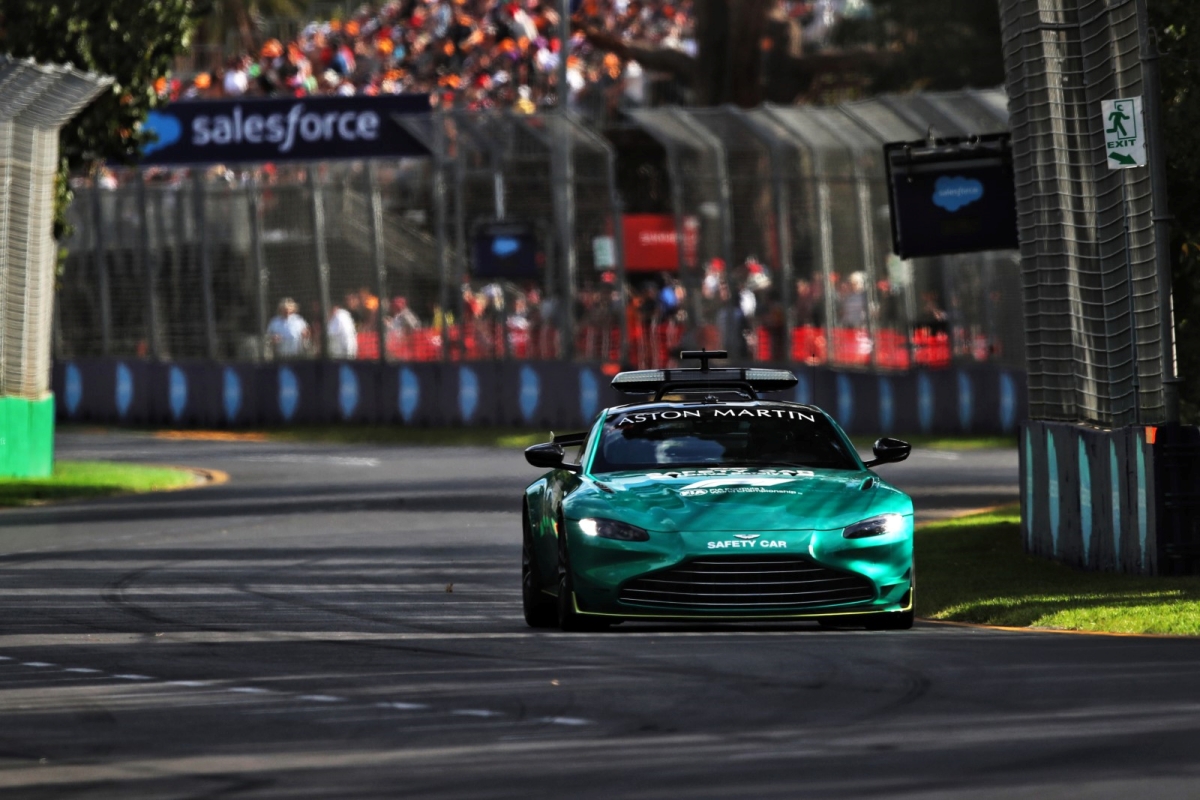 Since the 2021 season, Formula 1 has gone on to have two different safety cars that share the Grand Prix. Mercedes and Aston Martin are the brands in charge of supplying them, but one of them irritates the pilots.

The incursion of the safety car in the Australian Grand Prix has generated criticism from Formula 1 drivers. But not because of the race management’s decision to use it, but because of the low speed that, in his opinion, reaches the much-needed Safety Car.

Until the 2020 season, Mercedes had been exclusively in charge of providing the safety car to the category, a custom that already extends for 26 years. However, the arrival of the Aston Martin team caused Formula 1 to extend a contract with the British brand to do the same job.

Thus, since last year Mercedes and Aston Martin have shared the Grand Prix and share the task of provide Bernd Maylander with a car with which to run the race in compromised situations like the one that led to his intervention last Sunday after Sebastian Vettel’s accident.

These are the two Formula 1 Safety Cars

Mercedes has decided to use for 2022 an exclusive Mercedes-AMG GT Black Series to carry out Safety Car tasks, as well as a Mercedes-AMG GT 63 S 4MATIC+ to be used as a medical car.

In the case of the Safety Car, Maylander has 730 hp of power and a maximum torque of 800 Nm, in addition to a top speed of 325 km/h and acceleration from 0 to 100 km/h in just 3.2 seconds. Not only that, but AMG has made a number of modifications to make the car even faster and more efficient on the track.

For its part, Aston Martin has chosen a Vantage and a DBX to perform the tasks of safety car and medical car in Formula 1. Regarding the Vantage, the vehicle that has been criticized by the drivers, the truth is that its performance is not as impressive as those of the Mercedes.

With a power of 510 hp and a maximum torque of 685 Nm, the Vantage offers a top speed of 314 km/h and acceleration from 0 to 100 km/h in 3.6 seconds. In addition, its dynamic performance is not comparable to that of the Mercedes, which increases the gap between the two vehicles.

Read:  The Alpine A522 of Alonso and Ocon already has a presentation date

Max Verstappen was the first to put his finger on the problem, noting that during Sunday’s race in Melbourne “I barely had any grip and the pace car was driving very slowly, I was like a tortoise. There was no car stranded on the back straight, but despite that we were going 140km/h, I don’t understand why we were going so slow. We have to look at that more closely.”

Charles Leclerc, who was leading the pack just behind the Aston Martin Vantage driven by Bernd Maylander, admitted that the safety car “is always too slow because you have a lot of grip in a Formula 1 car. We were all on the hard compound, which made it difficult things. I was struggling to get the tires up to temperature and, To be honest, I wanted to complain about that too.”

We break down what happened at the Australian Grand Prix on our Twitch channel.

“But then I saw how much the safety car was skidding in the corners and I don’t think it could have gone much faster.. That’s why I didn’t want to put too much pressure on him,” the Monegasque clarified, discharging all responsibility on Maylander’s part.

Bernd Maylander, for his part, thanked Leclerc for his words, stating that it was not possible to go faster with the Vantage. “Of course it is good that Charles Leclerc sees that he was absolutely on the limit. More speed was not possible even with the best will in the world».