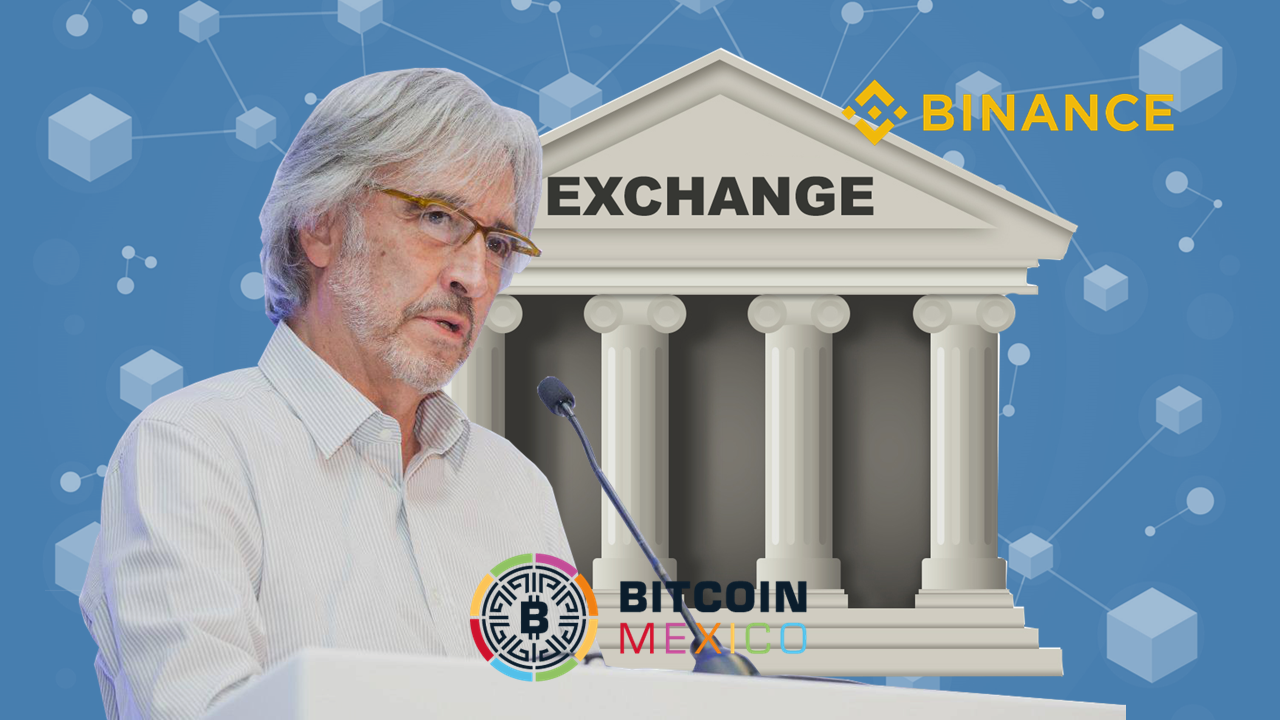 Binance It is the most important centralized exchange in the world, dominating in the number of users and transactions, however, this status of No. 1 does not make it relax, but rather it continues with its innovation despite the bear market. The company led by Changpeng Zhao has a main interest in Latin America and has incorporated important personalities from the Latin market into its ranks.

One of the latest additions to the cryptocurrency exchange incorporated Adalberto Palma Gómez, former president of the Mexican Banking and Securities Commission (CNBV), one of the regulators of the local financial system, as one of its advisors.

Index hide
1 Who is Adalberto Palma?
2 Binance restructures its team

Who is Adalberto Palma?

With training in Biochemical Engineering at the Tecnológico de Monterrey, Palma Gómez held this function between December 2018 and March 2020, as published CoinDesk.

Previously, he directed the stock, foreign exchange and investment banking operations as president and general director of Bankers Trust Mexico and worked at Citibank Mexico and the National Bank of Mexico, according to the Aspen Institute Mexicoof which he was executive director until December 2019.

“Adalberto will work to raise the business and brand profile of BEworks in and around the country and will be responsible for business strategy and customer relationship management in the field”, highlighted the magazine Fortune in his time.

In the first step, Binance had announced the hiring of Henrique Meirelles, who was president of the Central Bank of Brazil and Minister of Economy, as a member of the advisory council. Meirelles held the top position at the Central Bank from 2003 to 2011 during the Lula da Silva presidencies. Then, in the period 2016-2018, he led the Ministry of Economy.

Read:  Martin Shkreli reassures Do Kwon about prison life as they discuss FTX and Binance

In those years, the first great explosion of cryptocurrencies occurred, with Bitcoin reaching a maximum value of almost 20,000 dollars. BTC was gaining more and more weight and Meirelles participated in “the first cryptocurrency meetings held at a G20 event in 2017”.

It is worth noting that the G20 is made up of the 19 “most important” countries and the European UnionIn addition to Brazil, there are Germany, Saudi Arabia, Argentina, Australia, Canada, China, South Korea, the United States, France, India, Indonesia, Italy, Japan, Mexico, Russia, the United Kingdom, South Africa, and Turkey.

Meirelles, who will now collaborate with Binance, is still active in the political world and this could mean a very good opportunity for the exchange to continue deepening its relationship in Brazil. In the event that Da Silva prevails in the presidential elections in October, Meirelles is a candidate to occupy an important part of the political scheme.

Binance, with a presence in 180 countries around the world and more than 120 million users, sees both Mexico and Brazil as two major markets. Moves to deepen its operations have already begun.