For this reason, they want to take Maradona’s heart to the World Cup in Qatar 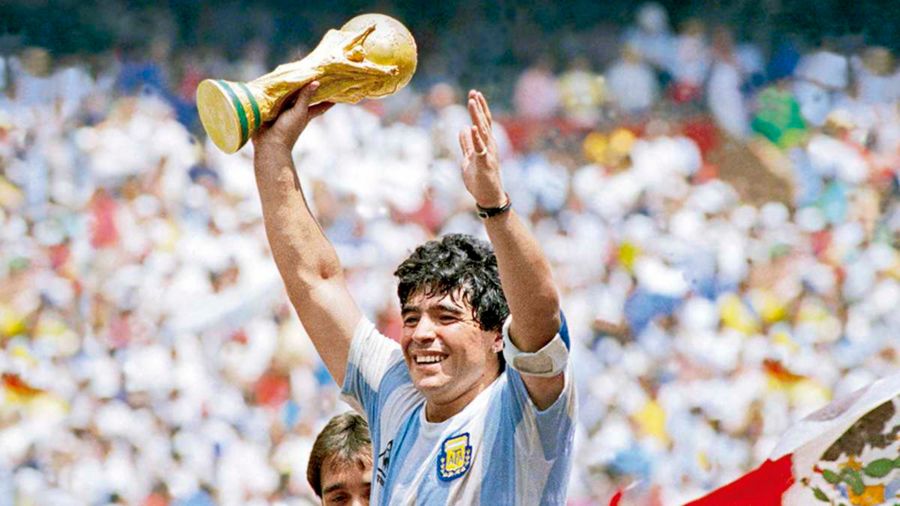 Looking ahead to the next World Cup to be held in Qatar in 2022, it has emerged an initiative to bring the heart of Diego Armando Maradona to the contest.

Starting next November 21 and until December 18 of this year, one more edition of the World Cup will take place in Qatar, being the first to take place on those dates and the last with the 32-team format. .

According to what has been reported, the next World Cup, which will be held by Mexico, the United States and Canada, will feature the participation of 48 national teams.

However, what concerns us this year is the event that will take place in Qatar, for which several tickets have already been sold at very high prices.

On the other hand, while some teams are risking their place in the race, including Mexico, This day a somewhat peculiar initiative has arisen by the Bombay agency and the production company SDOwhich was reported on the Argentine portal Page 12.

The idea, according to what they say in an interview for said medium, is to take the heart of Diego Armando Maradona to the 2022 World Cup in Qatar, “so that he travels, sleeps and shares a dressing room with the players.”

As if this were not enough, there are a couple of other reasons why this initiative has been promoted: 1) this will be the first World Cup since Maradona’s death; 2) Qatar 2022 may be the last World Cup for Lionel Messi, considered the best footballer of all time.

“Can you imagine that Maradona’s heart is in the national team clothing and in the talks before the matches?”, commented one of the creatives who have in mind to take the heart of Diego Armando Maradona to the World Cup that will be played in Qatar.

Diego Armando Maradona passed away in November 2020, being, in the opinion of several fans, the best footballer in history; However, for others, the Argentine’s career was “stained” by his drug addiction and the legal conflicts in which he was involved.

Read:  This My Hero Academia Theory May Have Found The Reason For Its Heroines' Haircut

In fact, today it was confirmed that The so-called “Argentine star” was eliminated from the EA Sports video game, FIFA 22, due to a legal struggle for the legal rights of his name. Through a statement, which was shared with FIFA 22 players, the company explained the reason for this decision:

“Due to a legal dispute by third parties, we must suspend Diego Maradona from the FIFA Ultimate Team packs, the Ultimate Draft and the Soccer Aid World XI team. Therefore, Diego Maradona icon items will no longer be available in packs, Squad Building Challenges and FUT Draft and their price range will remain at their current value until further notice. We share the disappointment felt by our fans and look forward to reinstating one of the greatest icons in world football in the future.”

Maradona has been a key player in some industries, with film and television being some of the industries that have benefited the most from the image of the Argentine. Just look at the documentaries, movies and series that have been made regarding the figure of the nicknamed “fluff”becoming an ideal content strategy to reach new audiences.