for just one million euros you get more than 2,200 systems 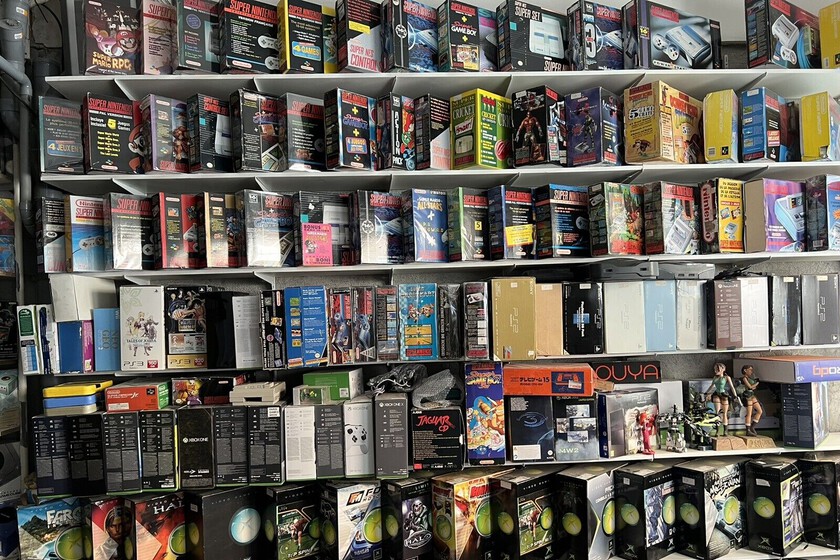 The video game collecting is the order of the day thanks to the appearance of publishers such as Tesura Games or Meridiem Games. Filling the shelf with games is a constant pleasure, but it’s more unusual to do it with all the consoles you come across.

This is precisely what Kariaur, a French eBay user who has set out to sell all the systems he has accumulated in more than 25 years, has done. Our Xataka colleagues point out that the figure to buy the entire amount of consoles reaches up to 984,000 euros, the same ones that we all have in the bank account.

Altogether we are talking about more than 2,250 different consoles that vary in size, shape, color, version and edition to cover the last 50 years. Thus, a piece of video game history is in Kariaur’s possession.

“The goal is to bring together all the models, all the colors, all the versions, the commercial limited editions, the limited editions under reservation, the editions that can only be won in the form of a contest, the advertising, the packs, the bundles, the European/Japanese/US editions.”

Of course, you cannot buy consoles separately, since Kariaur sells the entire lot, which greatly limits the number of buyers. Of course, you can find units for PS2, Xbox, PS4, Game Boy Color, Nintendo DS and pretty much any system you can imagine.

The way to collect so many consoles is that Kariaur started doing it back in the 90s, a time when collecting consoles was not common. When he got to college, he sold everything he owned, although after graduating he returned to his passion for collecting.

However, wanting to open his own company, he sold everything he owned again. It was in the 2000s that he started buying the myriad of consoles that he owns, though he stopped in 2011 because he found it tremendously difficult to get new acquisitions.

After a brief stint in Japan, he gave the collection a further boost to make up this enormous amount that can be yours if you mortgage your house, car and all your possessions.