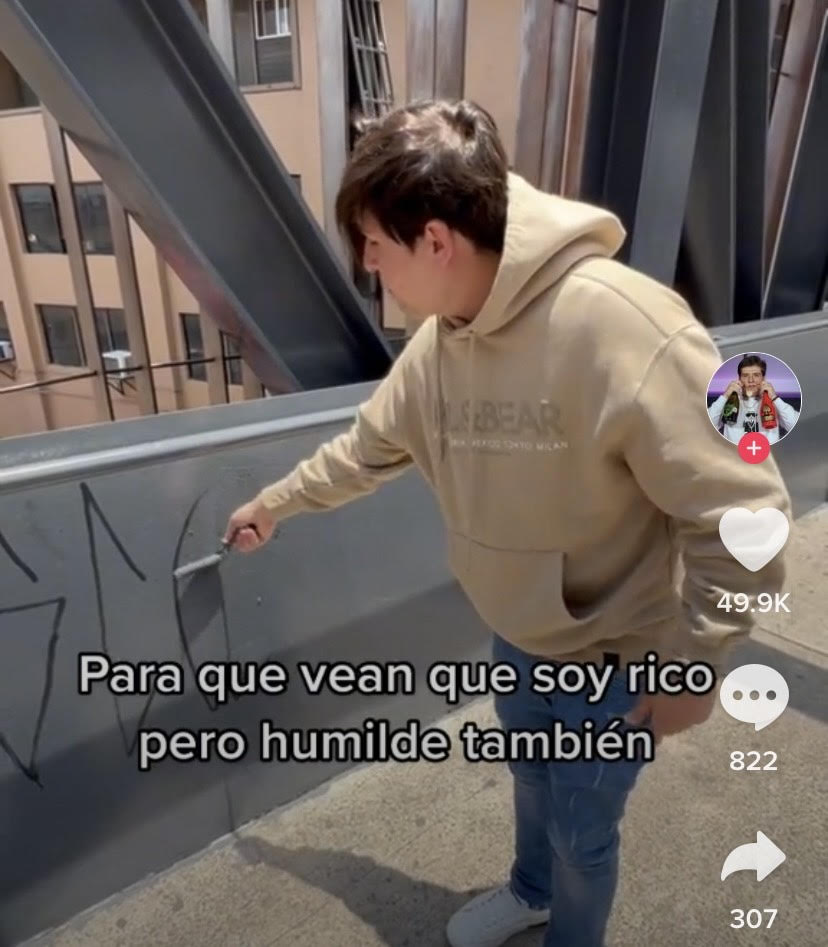 A few weeks ago the influencer Rodolfo Márquez, better known on social networks as “Fofo” Márquez, became the center of controversy after blocking vehicular traffic in Guadalajara, for which he had to reach an agreement to compensate for the social and civil damage.

“Look, I closed peripheral to myself. Once showing what money and power can do in Mexico, where there is no one. People are very annoying there recording me ”, is what he mentions influencer in his video that, some time later, he deleted from TikTok, although users have taken it upon himself to replicate it on other platforms.

However, now the influencer decided to publicize the completion of his sentence by telling his followers that “don’t do good things that seem bad” viralizing the content through TikTok.

The impact of social networks

Official data says that today there is a significant number of users connected to social networks, about 5 billion people according to what We Are Social and Hootsuite indicate, in addition to the fact that the time spent on these digital platforms is almost six hours a day.

On the other hand, with the growth that social networks have had (4 percent), it is verified that the great popularity that content creators have achieved positions Latin America in one of the regions where they have the most digital land they can gain.

This is revealed by a recent study prepared by Morning Consult, which details that 86 percent of people surveyed, ages 13-38, plan to be a content creator as a full-time job .

Therefore, it is not surprising the relevance that the profession of “content creator” has gained, such is the case of the influencer Rodolfo Márquez and the youtuber Alfredo Valenzuelaa creator who shares reviews of cars or parts such as steering wheels, also shows some repairs he makes to them, but alsohas been in hot water with law enforcement officers due to his involvement in drag racing within the state.

Punishments of the “Fofo” Márquez

Although after his controversy he published a video in which he apologizes for said case, it was not enough to save his image. After generating controversy, ” flabby” Marquez must pay a fine of 35 thousand pesos, and do community cleaning work in public spaces.

#Jalisco | Through one of your TikTok accounts, #FofoMarquez apologize. He apologizes to @PabloLemusN and the @GuadalajaraGob due to the road closure at the Matute Remus Bridge. pic.twitter.com/dOxa1SX0OM

On the other hand, the deadline for accrediting the donation to a shelter previously defined during the same hearing will be until August 31, and on August 12 the young person must appear at the Prosecutor’s Office with the receipt issued by the City Council of Guadalajara for the fulfillment of community work.

In addition, your account tik tok with more than a million followers has already been blocked.

Rey Grupero releases video of what happened with Fofo Márquez

Due to the alleged threat of the CJNG, “Fofo” Márquez takes these measures