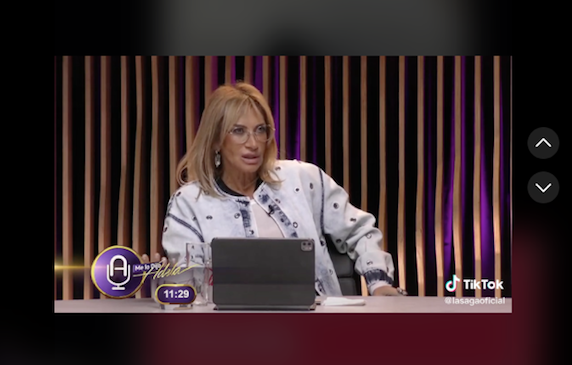 After Karely Ruiz’s statements, “Fofo” Márquez responds to the OnlyFans model and, incidentally, he makes a request to Adela Micha in order to make his version known.

We are immersed in an interesting context in terms of viewing content, where entertainment is an important part of Internet users’ consumption habits.

Entertainment and leisure are currently two of the qualities and/or skills that abound among the so-called content creatorsusers who, for some time now, have seen social networks as a great platform to position themselves among brands and companies that, in order to reach a new consumer niche, are beginning to turn to the virtual section.

From various media and studies, we have been told that these are times of a great boom for both social networks and content creators. Let’s say that both go hand in hand and are conquering a good part of the population.

According to what was pointed out by Morning Consult, It is estimated that just over 86 percent of young people between the ages of 13 and 38 actively seek to be influencers full-time. In addition, there are currently just over 200 million content creators around the world, who can get to generate great fortunes; In Mexico alone, the average salary of one of these characters is around 111 thousand pesos a year, that is, 56.92 pesos per hour.

Read:  Audi again sends a request to Semarnat to install a solar park at the Puebla plant

In recent days, the name of Rodolfo “Fofo” Márquez, once again, was involved in various controversies: first with the closure of a bridge that prevented traffic flow in Guadalajara, then with the alleged message from the Jalisco New Generation Cartel (CJNG) and also came to light in the program ‘La Saga’, hosted by Adela Micha.

In said program, the star of Onlyfans accused the controversial “Fofo” Márquez of fraud, pointing out that he left her with an account of about 60 thousand pesos inside a den in Mexico City.

The video achieved a significant reaction on social networks to such an extent that the influencer decided to respond and, incidentally, send a petition to Adela Micha herself.

“Adela Micha, how are you? Why don’t you invite me to your program to explain what happened that night?”, is part of what “Fofo” Márquez said.

Currently, creators or influencers monitor or control their content, especially when it is known that they have minors among their followers, which is why a considerable number of content creators.

Today, with a wide range of platforms available on the market, users have the opportunity to develop highly creative content, although, as we have seen, cases such as that of “Fofo” Márquez generate controversy and more doubts than certainties.

Undoubtedly, at a time in history when there are a large number of Internet users around the world, content creators need to take better care of their image.