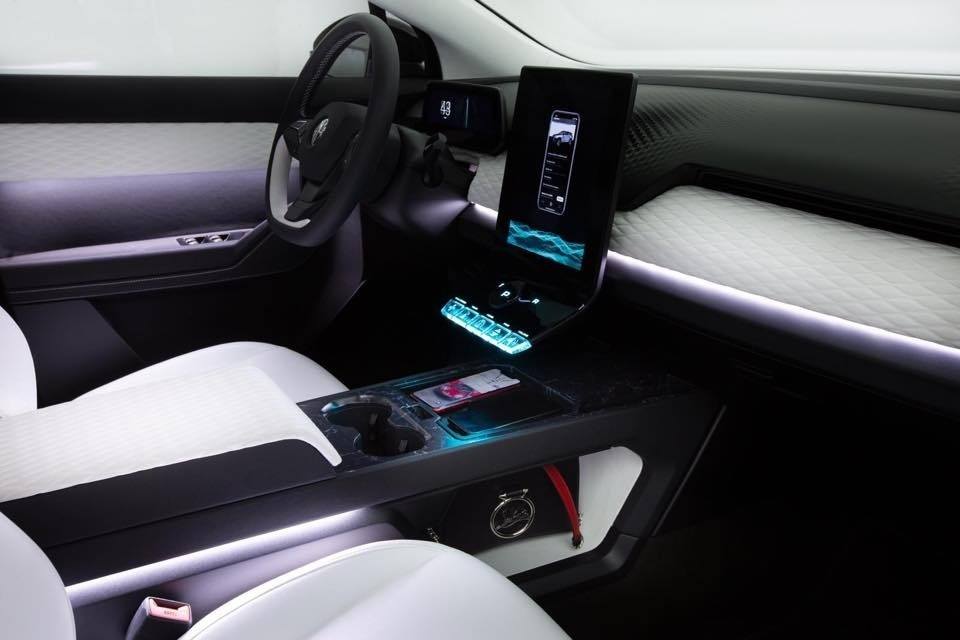 One of the electric SUVs that will hit the market in 2022 is the Fisker Ocena. The North American model will be manufactured in Europe, at Magna’s facilities in Austria, prior to its world debut at the Los Angeles Motor Show, at the end of the year. For the first time, the interior has been completely uncovered, also announcing the date of its world debut.

European manufacturers have been forced to change the third in the design of their new batch of electric models, betting on more avant-garde styles, since, from the other side of the Atlantic, important alternatives will arrive to conquer the customers of the medium Premium segment . One of these important novelties is the Fisker ocean.

The head of the firm has already announced the date of its world debut. Until now we knew that the Los Angeles Auto Show I had the privilege of hosting this interesting world novelty, but not on the specific day. We already know that it will be the November 17. An announcement that does not arrive just because it is accompanied by other details. Among them, that series production will start at Magna’s facilities in Austria, from the end of 2022, so the first units will be delivered in the first half of 2023.

Index hide
1 The Fisker Ocean will offer an avant-garde interior in design and technology
1.1 Fisker’s electric crossover already has a production date… and it’s near!

Those of Henrik Fisker have also unveiled the interior, pointing especially to the revolutionary technology of connectivity, digitization and artificial intelligence that are all articulated in a 9.8-inch digital instrument cluster and one plus screen for the infotainment system, arranged vertically and 16 inches. It has selector buttons and a touch pad for navigating between menus. A high transmission tunnel separates the front seats, housing cup holders and a generous wireless charging surface.

READ:  Ford Mustang Mach-E GT, the most powerful and radical version already has a price in Spain

The long-awaited Fisker Ocean will be offered with different options, with one or two electric motors, so it will have rear-wheel drive or all-wheel drive, and with maximum power figures that will reach the 300 hp. A detail that is not final, as well as the battery capacity of 80 kWh and its autonomy that will reach 500 kilometers, which Fisker has noted will exceed these specifications.

The Ocean is set to become one of the leaders in its category, and we will know more details about it as the presentation date approaches. To this day, the manufacturer claims to have 17,300 firm orders of the model, which is almost double what was announced in the autumn of last year, when it was very close to 9,000 units. A truly staggering amount when customers will still have to wait nearly two years for the new electric SUV.

Fisker’s electric crossover already has a production date… and it’s near!

Valtteri Bottas signs up for the ‘icy’ Race of Champions 2022

How to recover deleted files from a MicroSD or any storage medium, be it Pendrive or hard disk