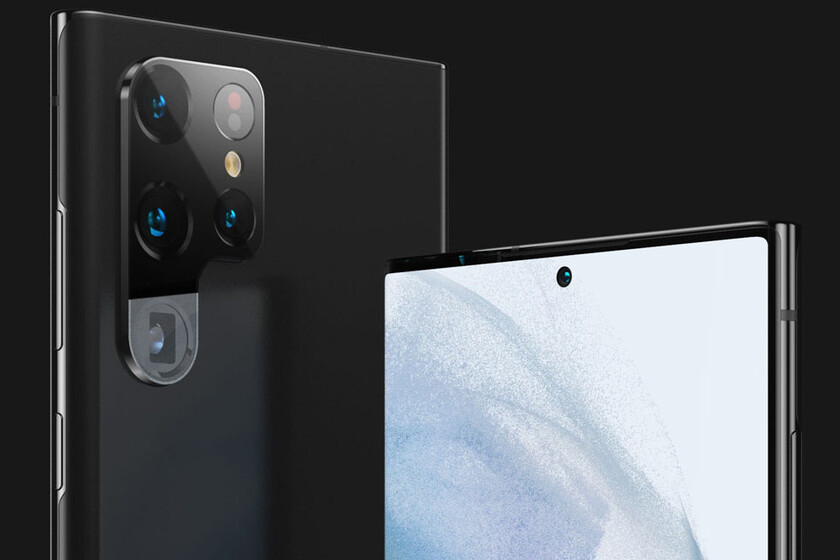 It seems that we will not have to wait until 2022 to find out what the next flagship of Samsung, since the first renderings of the Samsung Galaxy S22 Ultra, and confirms some of the rumors.

If you also missed the Samsung Galaxy Note, with this leak you will see how this family of devices is reborn with the new Samsung Galaxy S22 Ultra, which according to the leaks will take over.

As we can see in the leaked images, the Samsung Galaxy S22 Ultra It happens to have the design of the Galaxy Note, that is, straighter lines and carrying the factory S Pen that can be saved in the groove that it carries at the bottom of the phone just as it happened in the other range.

In the filtration we also see that the new Samsung Galaxy S22 Ultra will repeat the same four rear cameras with its autofocus laser sensor, but with a new design for your module, which is no longer completely rectangular, but is shaped like a “P”.

These leaked images come from the prestigious leaked @OnLeaks where we can exclusively see all the images of the Samsung Galaxy S22 Ultra in Digit. Samsung is expected announce the new Galaxy S22 in January.

Read:  Opera for Android is updated and facilitates the integration between mobile and PC

US economy has solid growth in second quarter 2021