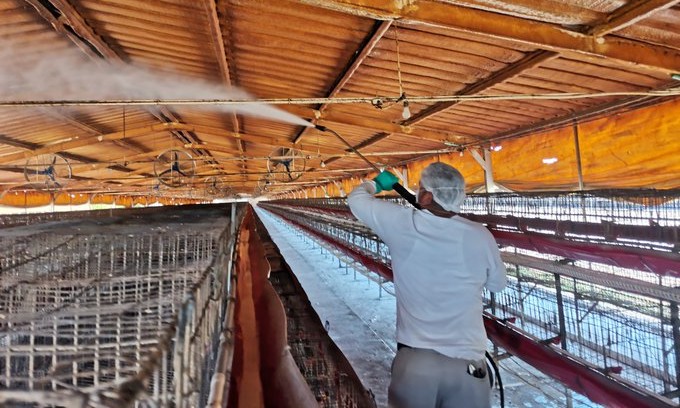 The National Service for Agrifood Health, Safety and Quality of Mexico (Senasica) has confirmed the first case of avian influenza AH5N1, the strain of the virus that has triggered serious outbreaks in several European countries, the US and Canada.

The agency indicated that it had detected the virus in a wild bird, a gyrfalcon that fed on other game birds in the Lerma River area, in the State of Mexico.

The animal was evaluated and its death due to the disease has been confirmed.

According to the agency, there is already a technical group of the “Mexico-United States Commission for the Prevention of Foot-and-Mouth Disease and Other Exotic Animal Diseases” that is surveying the Lerma River basin with the aim of confirming the massive presence ( or discard it) in other wild birds of the region.

Although there are no more cases that, until now, arouse suspicion, the truth is that all the alarms have been raised and these have been transmitted to commercial poultry producers so that they maximize biosecurity measures on their farms.

All these establishments must comply with the government provisions in this regard established by Dinesa and report any anomaly they notice in their animals.

Dinesa is an alert and action system that is activated in these cases and allows all the Government’s resources to be used to control and eradicate exotic pests or diseases in animals.

The activation of dinesa It also contemplates the action of the State Animal Health Emergency Groups (GEESA), the state governments and the productive sectors.

The agreement is mandatory for everyone in the production and marketing chain, from farm owners and intermediaries, to distributors and all those who carry out activities related to the production, industrialization, transportation and sale of poultry.

Also those who market products, by-products and materials and instruments directly related to poultry farming.

The Dinesa was activated for the first time in 1989, when the hemorrhagic viral disease of rabbits was detected, which affected 15 states and was eradicated in 1993. Mexico was the only country that achieved it.

In subsequent years, it was activated to control and eradicate diseases such as cattle screwworm, Venezuelan and Eastern equine encephalitis, and high pathogenicity H5N2 avian influenza, among others.

The mechanism has also participated in the prevention of epizootics due to natural disasters, caused by hurricanes and floods.

How could the Outdoor Advertising Law initiative impact?