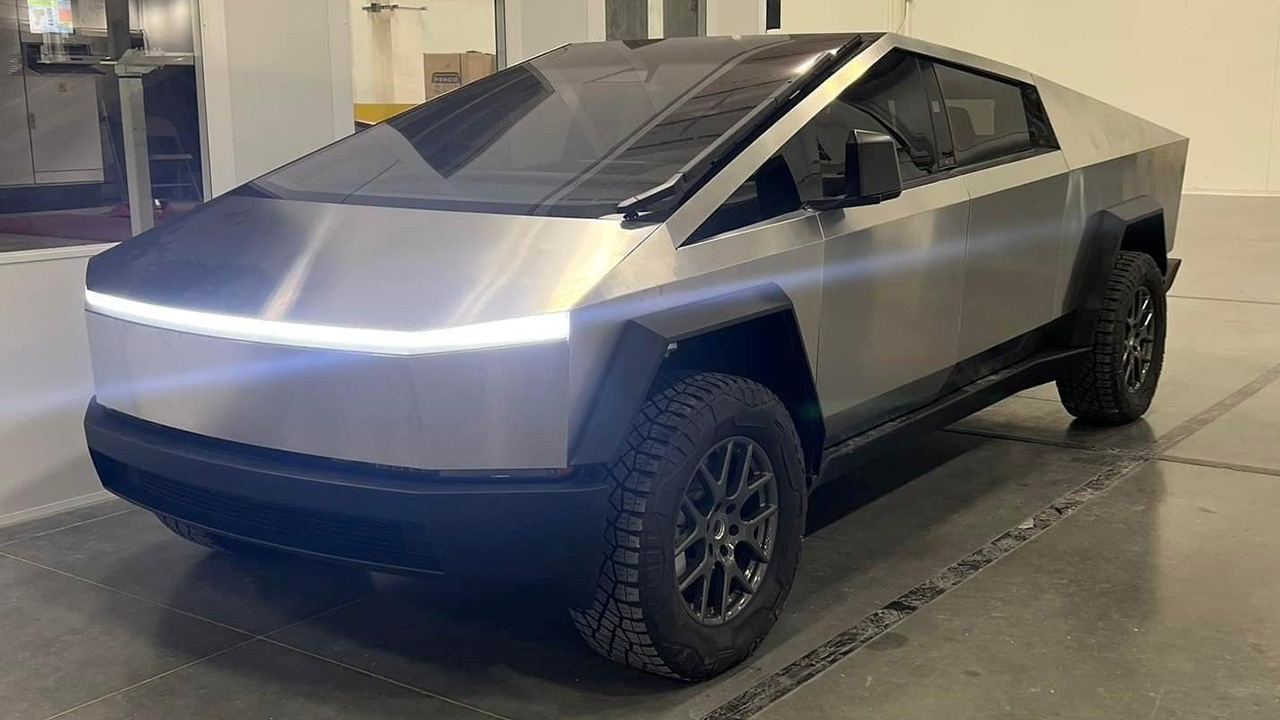 The new Tesla Cybertruck has been fully exposed. The design of the expected 100% electric pick-up from Tesla has been leaked thanks to the photographs taken inside the company’s facilities. The exterior features several changes to match the standard of a series production vehicle. The new Cybertruck will hit the market as a 2023 model.

The arrival of the first pick-up of Tesla has suffered several delays. However, despite all these setbacks, recent events show that its assault on dealerships is much closer. And it is that, there has been a very important leak that reveals the design of the new Tesla Cybertruck. The alternative to the new Ford F-150 Lightning and Chevrolet Silverado EV is a reality.

The photographs that accompany this article have been taken in the bowels of the company led by Elon Musk. Some spy photos that show us a copy of the new Cybertruck that sports a modified design compared to the original proposal of the brand. Some changes that are crucial to give life to the serial production model that will end up on the market.

Changes in the design of the new Tesla Cybertruck

It is important to remember that the new Cybertruck debuted in society in concept format. Although the design was very close to the model that would eventually reach dealers, it was clear that modifications would occur. And this leak comes to ratify that position. There are two elements that will quickly draw our attention. The first of them is that it already has conventional rear-view mirrors.

The original Cybertruck lacked outside rear view mirrors. Tesla has mounted some large mirrors and whose shapes are in line with the general line of the vehicle. To this must be added some new tires. A less extravagant design that, logically, will not present as good aerodynamic performance as if a totally closed format had been chosen.

On the other hand, and no less important, the front bumper has been modified and Installed the relevant wiper. A single wiper that is large enough to cover the huge front glass. And by the way, the rumors that pointed to a final design are confirmed no door handles. Tesla has opted for an alternative solution to handles flush with the door panels.

The new Tesla Cybertruck will arrive in 2023

The latest known information about the arrival of the new Cybertruck at American dealers indicated a new delay. Serial production of the Cybertruck will begin in 2023. This latest delay has been caused by none other than the last-minute modifications that Tesla has made so that its new model is ready to deal with its most direct rivals.