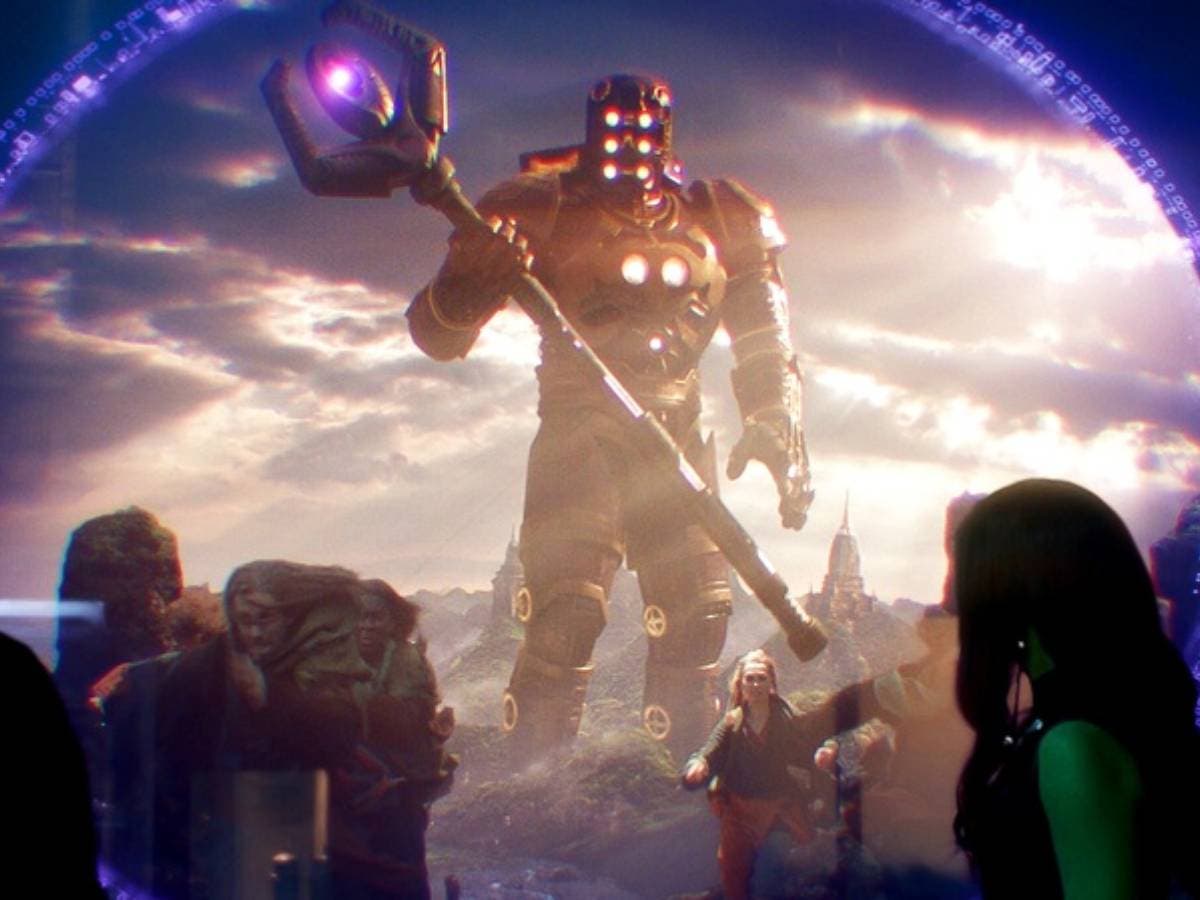 Index hide
1 Filming of the Guardians of the Galaxy special has revealed an interesting connection to the Eternals. What relationship could hide this?
1.1 The return of Kingo, the star of Bollywood!

Filming of the Guardians of the Galaxy special has revealed an interesting connection to the Eternals. What relationship could hide this?

A Twitter user has shared by social networks Photographs on the set of the Christmas special of Guardians of the Galaxy. At first glance, they didn’t seem like very important images. However, analyzing them coldly, they keep a very curious secret. It is a reference, tribute or special connection with Eternals. As is often the case with Marvel Cinematic Universe, everything is connected. Everything has intertextuality, since it is part of the same shared universe.

The filming of the Christmas special of Guardians of the Galaxy is currently taking place in the acclaimed TCL Chinese Theater. This cinema is located in the center of Los Angeles, California, United States) and is one of the famous in the world. The movie of James Gunn has included, among other things, a curious reference to Eternalsthe tape Chloe Zhao. You can also see Christmas decorations and signs, in red and green colors. We share the image with all of you!

Photos of Kingo’s posters where the Guardians of the Galaxy Holiday Special is filming! pic.twitter.com/SjrHKFfghe

The return of Kingo, the star of Bollywood!

Among all that Christmas decorations and paraphernalia, there is also a poster for a fictional movie titled Haxan’s Haxaner. But what does this special have to do with Guardians of the Galaxy with the story of Eternals? What relationship does this fictional movie have? Well, actually, it’s starring kingothe character of kummail nanjiani in the film of Marvel Studios. Kingo is dressed in a sleek black suit and wields a pistol in imitation of the legendary james-bond. The poster comes to promote one of the many films of Bollywood that Kingo was filming before what happened in Eternals.

Although Kingo was one of the members of the family of The Eternals, the character was forged as a legend in the modern world thanks to being a Bollywood star. He acted in many movies for most of the century. His work has not appeared in any other Marvel Cinematic Universe project until the Marvel Cinematic Universe special. Guardians of the Galaxy. However, it makes sense. After all, Eternals It’s been a long time coming to the MCU. And it makes even more sense that the poster for his fictional movie would appear in a theater in Los Angeles, the city with the most movie stars on the planet.

Read:  Maisie Matilda, the tiktoker who creates works of art in books

How was the original design of Gorr in Thor: Love and Thunder