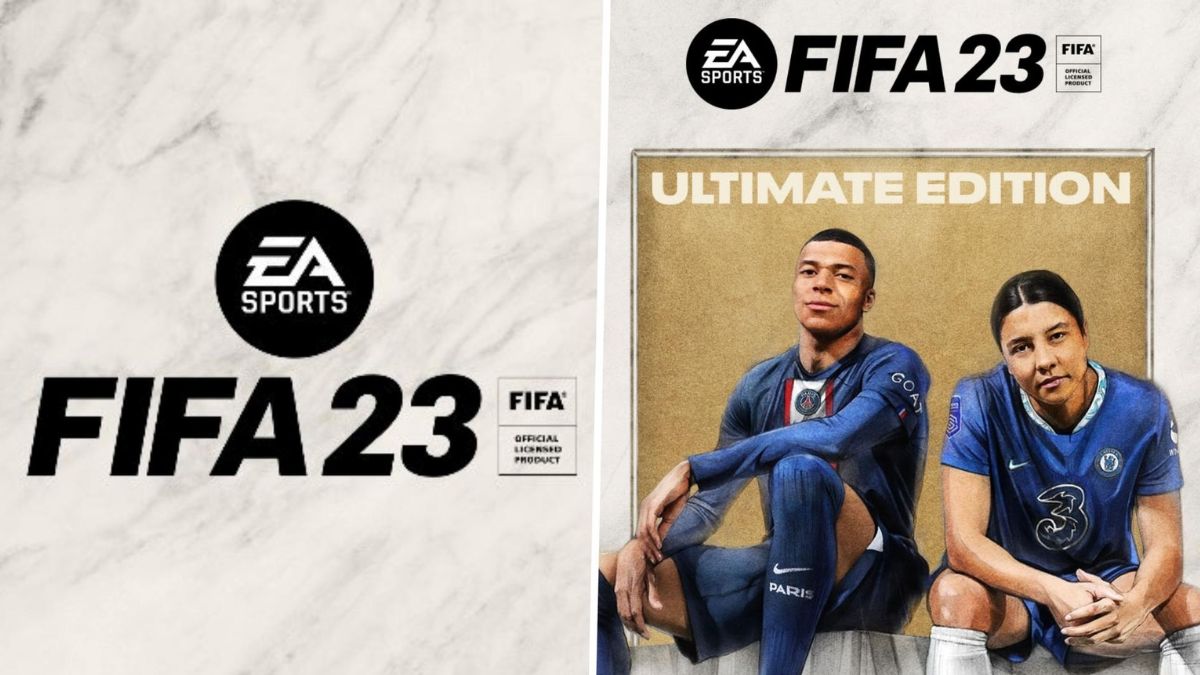 Share
Facebook Twitter LinkedIn Pinterest Email
Index hide
1 EA Sports revealed several news about FIFA 23, among them that the game will have crossplay between consoles, a Qatar 2022 World Cup game mode, new clubs and more. Read more here!
2 Share it with whoever you want
3 Related Posts

EA Sports revealed several news about FIFA 23, among them that the game will have crossplay between consoles, a Qatar 2022 World Cup game mode, new clubs and more. Read more here!

From the hand of EA Sports the news continues about the new content that we will see in the FIFA 23. On this occasion, the new engine was confirmed hypermotion2game modes Men’s and Women’s World Cup included with delivery, female garters and the cross playsomething unprecedented.

As every year, EA Little by little, he shares the news of his video game. In the first place we have the announcement of the protagonists of the covers of the Ultimate Editionin charge of the French Kylian Mbappé and the Australian Sam Kerr. But this is not all, that is why we review all the news that the FIFA 23.

Undoubtedly the novelty that made several fans happy was the confirmation of the arrival of the cross play Come in PlayStation 5, XBOX Series X/S and PC via Steam, Origin and Stadia. This function will allow users to play from different consoles, however it seems that this will only be available for the 1v1 mode.

For those who are concerned about the connection issue, we clarify that players will be able to turn crossplay on or off. Next on the list is the game engine, hypermotion 2which will come to replace its predecessor of the same name, so far we know that its mission will be linked to taking the game to another level. gameplay of FIFA.

On the other hand, the year 2022 is not any other for the world of footballsince both women and men will play an edition of their respective World Cups. FIFA 23 is no stranger to this fact and that is why they will introduce the game modes of the Australia and New Zealand Women’s World Cup. Of course, we will also have the men’s edition that will take place in Qatar 2022; the content will be included with the video game.

The tradition of having the World Cup within FIFA started several years ago, but without a doubt one of the most remembered by fans was the edition of Brazil 2014. Together with this format we live for the first time a UltimateTeam of nations, where it was crazy to see how the players linked by confederation, and not by club or league.

Now, we have to talk about the latest news that revealed EA Until now: the introduction of women’s leagues. Almost 7 years after the arrival of women’s soccer at the national level, FIFA 23 will have for the first time the first division of the English, German, French and American League. However, it should be noted that the spanish league will not be available.

What do you think about the news? FIFA 23 revealed so far? All the information to come about the most famous football simulator in the world you will have it here, in geeky culture.

Mexican doctor is considered a world leader in immunotherapy