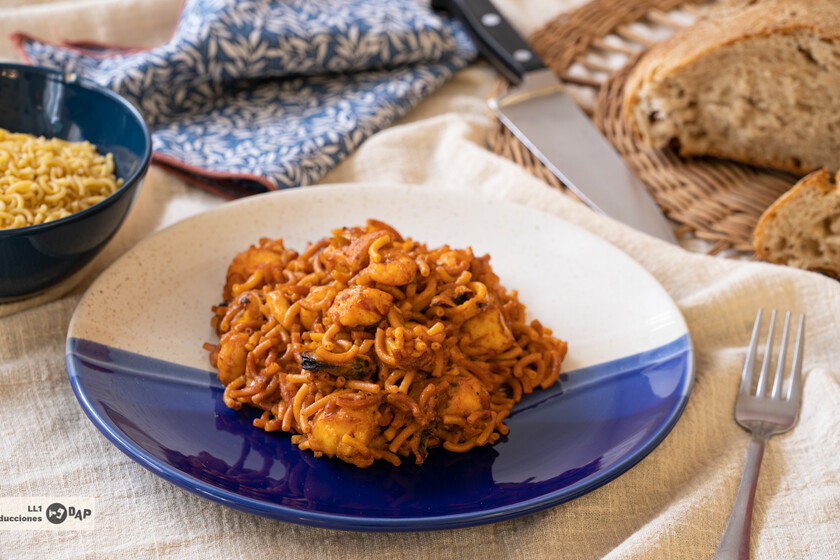 Soak the clams in cold water and leave for about 30 minutes so that they loosen the earth they may have.

Let’s pour the fumet, salt and saffron and cook seven minutes, at varoma temperature, turn to the left and spoon speed.

Later add the noodles and we program between seven and nine minutes, at Temperature 100ºC, turn to the left and Speed ​​1.

Finally add the prawns and clamsand let rest for about five minutes before serving.