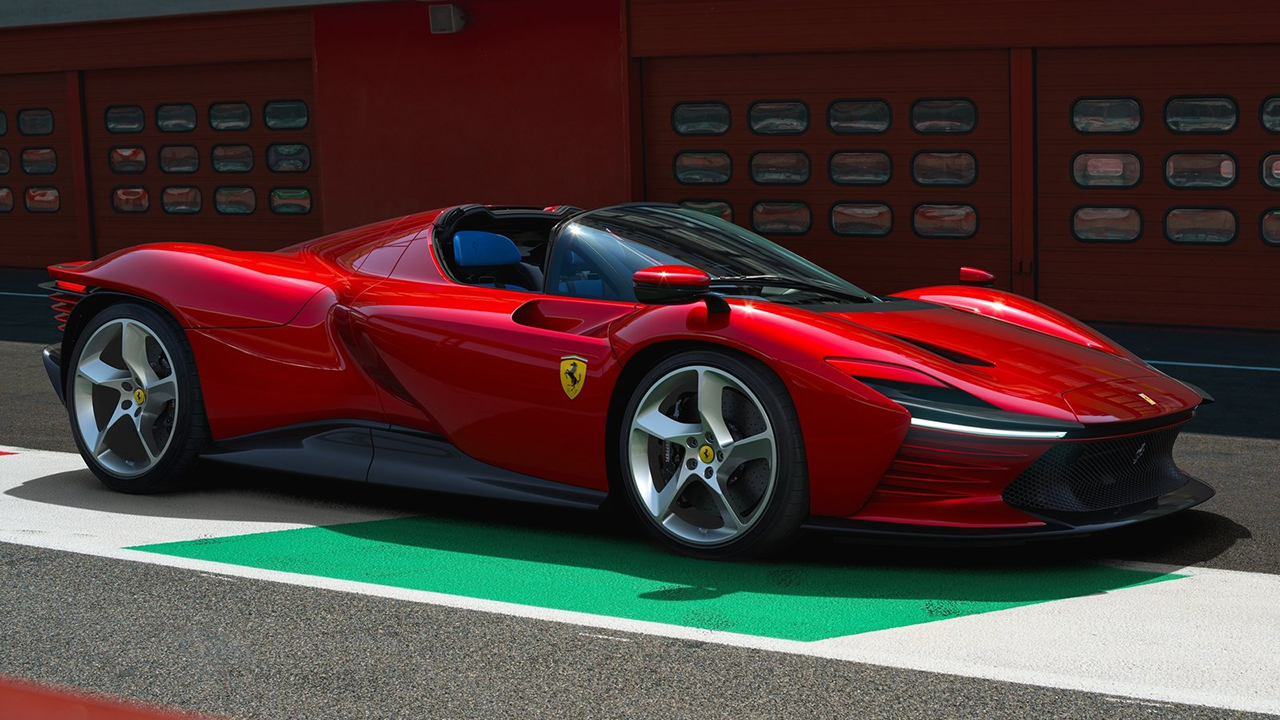 Ferrari has presented its new jewel on wheels. The new member that becomes part of the Icona family of models is already a reality. The new Ferrari Daytona SP3 bursts onto the scene accompanied by a powerful V12 engine that reaches 840 hp. It can reach 340 km / h.

The new jewel on wheels from Ferrari has been presented in society. The debut of new Ferrari Daytona SP3 is already a reality. An exclusive vehicle that joins the ranks of the Icona family of models. It has been conceived with the aim of remembering and, above all, paying tribute to a glorious past in the field of competition and, as we will see later, specifically at the 24 Hours of Daytona.

The new Daytona SP3 will have a limited production and, without a doubt, stands out for the powerful Ferrari V12 engine that is inside. A supercar that is destined to delight the wealthy clients of the «Prancing Horse» firm.

The keys to the new Ferrari Daytona SP3

Just take a quick look at the images that accompany this article to realize that Ferrari pays a clear tribute to its golden age in competition. The brand itself refers to the result achieved in the 1967 24 Hours of Daytona when Ferrari occupied the three steps of the podium. In addition, there are various references to the Ferrari LaFerrari. One of them is the engine configuration.

The carbon fiber
it is a leading material in the construction process of the new Daytona SP3. In the design process, special interest has been taken in achieving high aerodynamic performance. Another very striking feature is the butterfly-type opening doors. In addition, in them some inlets are integrated that allow the air to be channeled. The front and rear light clusters are equally eye-catching.

Leaving aside the exterior, if we venture into the cockpit of the new Ferrari creation, we will quickly be enveloped by an atmosphere that breathes sportsmanship, high performance and, above all, exclusivity. There are numerous references to the world of racing, such as the seats with striking blue upholstery or the multifunction steering wheel.

Read:  Dakar 2022 - Barreda and Santolino reflect the good work of the Spanish in Al Dawadimi

Everything revolves around the figure of the conductor. The digital instrumentation allows you to consult numerous useful information for driving. The rest of the dashboard has a clean design. And, there is no large touch screen. By the way, the control that allows you to choose between different driving modes is integrated into the steering wheel.

The measurements of the new Ferrari Daytona SP3

The engine of the new Ferrari Daytona SP3

Leaving aside questions related to design or technological equipment, a decisive question must be asked. What is the “heart” of the new Daytona SP3? In the bowels of the new Ferrari model is a powerful 6.5-liter V12 gasoline engine that develops a power of 840 hp and 697 Nm of maximum torque. A block associated with a seven-speed dual-clutch F1 gearbox.

The engine uses titanium connecting rods that are 40% lighter than steel parts. The crankshaft has been readjusted and is also lighter. These changes, added to the modification in the intake and exhaust system, help to achieve the most powerful internal combustion engine ever built by Ferrari.

The production of the new Ferrari Daytona SP3

As we pointed out at the beginning of the article, the production of the new Daytona SP3 will be limited. Ferrari plans to manufacture a total of 599 units. Compared to the volume of the Monza SP1 and SP2, we are facing a notable improvement. However, the fact that it is a vehicle approved for the road is, perhaps, decisive. Unfortunately, Ferrari notes that all production has already been allocated.

The first deliveries are scheduled for the end of 2022 and the approximate price of each copy will exceed the barrier of 2 million euros. It will be the pasture of wealthy collectors.

Katerina is Reika Shimohira thanks to her Gantz cosplay