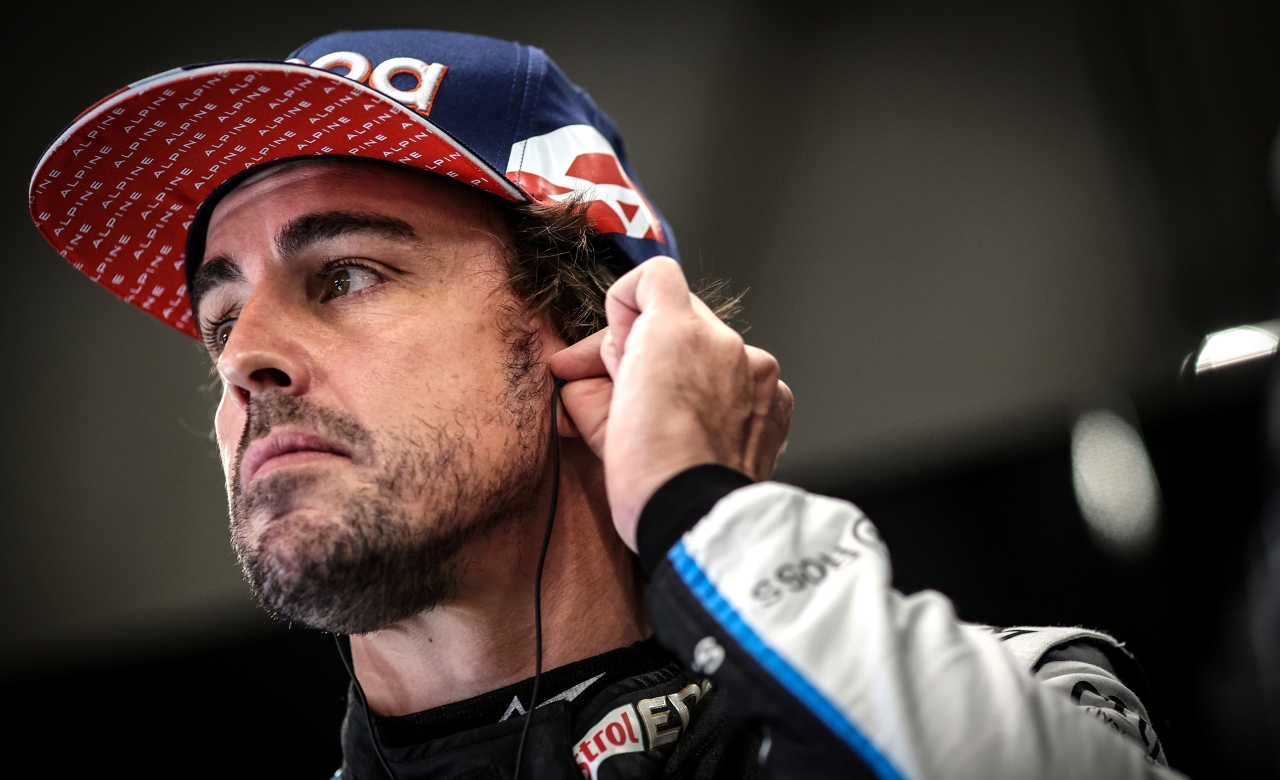 Almost 12 months ago, in February 2021, Fernando Alonso suffered a bicycle accident when he was hit by a vehicle in Bern, the Swiss town where he resides. As a result, he had to undergo surgery on his jaw and now he has gone through the operating room again to end the recovery.

Fernando Alonso has completed the last phase of his recovery from the injuries caused by the bicycle accident he suffered on February 11 in Bern, Switzerland, while training as part of his preparation for the 2021 Formula 1 season, a category to which he returned after two years of absence.

As the official Alpine F1 statement reported at the time, “after his cycling accident, Fernando Alonso was under observation in a hospital in Switzerland. Doctors discovered a fracture in the upper jaw and performed a successful corrective operation.”.

“I had surgery last week and was in the hospital for a while. I am now recovering from this procedure.”

In this operation, the doctors placed titanium plates in his jaw to make his recovery possible and once the competition season was over, it was scheduled a new operation to remove the plates and thus end the process of recovering from an injury that, although it harmed him in his preparation for the first third of the season, has not prevented him from shining again in Formula 1 and even getting on the podium seven years later to do it for the last time.

The surgical intervention was carried out last week and Fernando Alonso is now back home. However, participation in the virtual race of the 24 Hours of Le Mans was not possible, as explained during the live broadcast of the race.

“I couldn’t attend this time because I had an operation last week and I was in the hospital for a while. I am now recovering from this procedure.”said the two-time world champion and two-time Le Mans 24 Hours winner with Toyota. “But of course I am following the race, especially Team Alpine Sport with car number 36”, of which he was captain.

«It is a great event and I wanted to participate in it, along with my teammate Esteban Ocon. We wanted to be in the same car, but since it couldn’t be because of the operation, he probably postponed his participation for later. But I think we’ll make up for it one day.”Alonso added finally.

After this operation, Fernando Alonso faces in full power the preparation for the moment for which he has worked since he decided to return to Formula 1: the 2022 season and the arrival of the new regulations that allow all teams to start from scratch.

Back in December, the Asturian rider anticipated a more intense training plan than last winter’s in order to start the competition at full throttle from the start. “I am preparing a new preparation for next year, but not because the car is going to be different, I think it is going to be very similar in terms of driving, forces and lap time, but because last winter I couldn’t do a proper preparation, I arrived very just at the beginning of Bahrain, without a real physical program, so this winter I want to do more,” Alonso revealed.

“I have to prepare better than last year, because the bike accident in February didn’t help. In January they have to remove the plates from my face and I will take two weeks off after the surgery. But I would still have them, because I will have to take a vacation, “he added.

“Obviously, I am not going to train the same now that I am 40 years old than when I was 23, I have to train more, I have to stretch more, do a different meal routine and do many other things to be in the same shape and with the same strength»Alonso admitted at the time when asked about his age.

“I am ready to make these greater sacrifices, for that I have also returned. It is the plan for the winter, to be as strong as I can and for this I have to do more than other drivers since I am older than them, “he concluded.