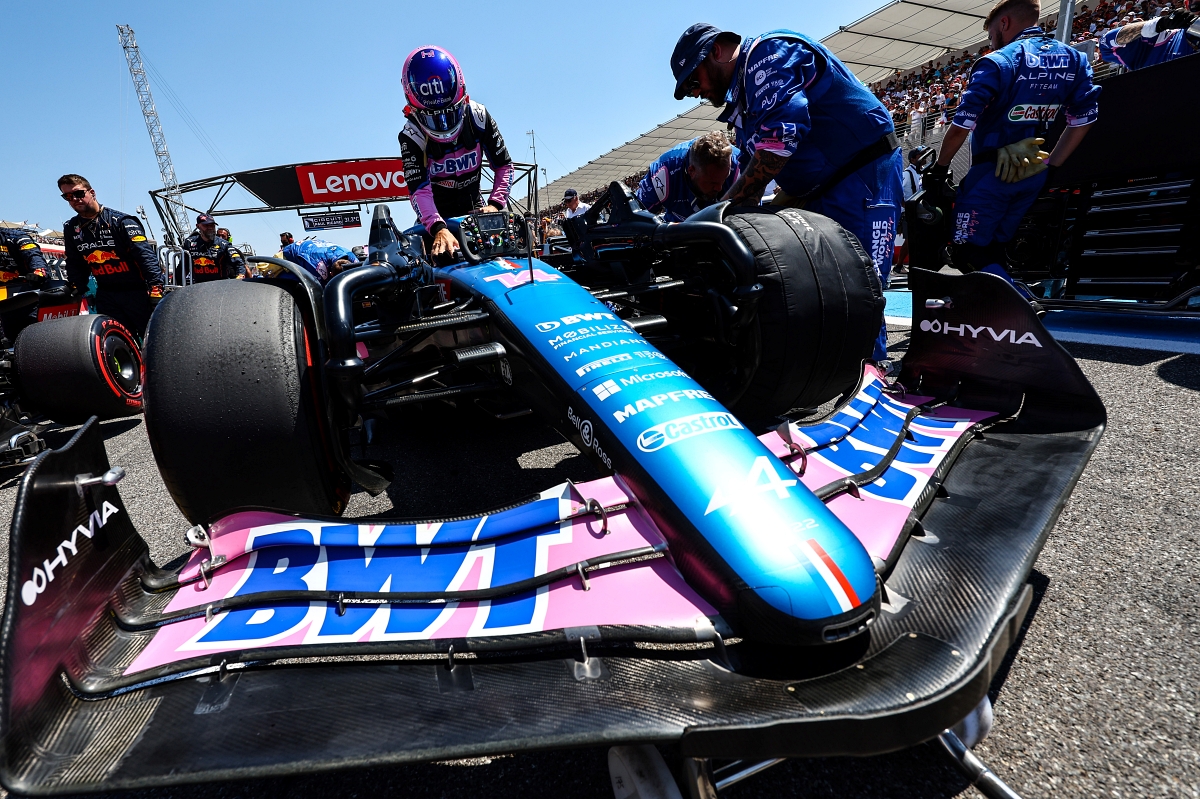 This year, Fernando Alonso is displaying a wide repertoire of tricks. The Alpine driver is fully aware of the potential of his car and does not hesitate to play chess to achieve his goals.

That Fernando Alonso is one of the fastest and most competitive drivers of the grill is a fact that few people dare to discuss. However, the true differentiating factor of the Spanish driver with respect to his professional colleagues is that he complements all this with exceptional intelligence in the race.

And at a time in his career in which multiple world titles with experience are within the reach of very few (346 Grand Prix, driver with the most kilometers traveled in the history of Formula 1), knows how to take advantage of all his weapons better than anyone.

Index hide
1 speed vs. intelligence
2 The last one in France
2.1 A roguery by Fernando Alonso causes complaints from rival teams to the FIA

This year, Fernando Alonso is fully aware of the capabilities of your Alpine A522 number 14. He knows his strengths and limitations, as well as those of his rivals. And he is taking all that knowledge to a new level.

And it is that, although it sounds paradoxical, the pilot most in love with speed seems to have lost interest in being as fast as possible at all times, which is what a Formula 1 driver is supposed to do. Instead, he has come to prioritize the end result. A result that is often not achieved by making the most of the car’s potential, but by preventing others from achieving it.

We have already had several examples of this this year. In MonacoFor example, Fernando Alonso slowed down the pack of cars behind him to ensure he didn’t have to pit again.

After the red flag caused by an accident with Mick Schumacher, the Spaniard mounted new medium tires, but had to complete 33 laps with them. Knowing that overtaking in Monaco is impossible unless a driver makes a mistake, he let Lando Norris go and dedicated himself to ride three to four seconds per lap slower to make sure you get to the end.

This maneuver unhinged Lewis Hamilton, who was rolling just behind and watched helplessly as the train led by Alonso lost half a minute with Norris in a few laps. When he was certain that he would make it to the finish on good tyres, Alonso sped up and finished seventh several seconds ahead of an irritated Hamilton.

“We knew that with our car it was too optimistic to do 33 laps on (medium) yellow tyres, so I did a lot of tire management.”explained Fernando Alonso after being asked about his pace at the start of this second race after the red flag.

In baku, their strategies went down a similar path, this time in Q1. Alexander Albon even accused Fernando Alonso of causing a yellow flag on purpose to prevent the drivers behind him from improving their times.

Read:  A player completes Elden Ring without ever attacking.

The next day, in the race, the Alpine driver kept the McLaren at bay with a single-seater weighed down by increased tire wear, but possessing exceptional top speed on the straight.

«We knew that we had this extra speed and we knew that they expected some failure, but I always tried to do the last three corners well, calmly. He believed that he could maintain the position », declared Alonso after the race. And he did.

The last one in France

The last example of race management by Fernando Alonso was at Paul Ricard, a circuit where Lando Norris’s McLaren was shown half a second faster in qualifying after a deep aerodynamic update released that weekend.

Fernando Alonso knew that it would be difficult to beat the Briton, a direct rival in the fight for fourth place in the constructors’ championship between Alpine and McLaren. But when he overtook him on the first lap and moved up to fifth, it was clear to him that if there were no mistakes he would have him in the pot.

“I’m very happy!” said Alonso. “I think the start was very good, from seventh to fifth position, with some risky moves and good tire management. I think P6 was the maximum today”, Fernando Alonso pointed out after the race.

“I am satisfied with our career. We have executed it well and we have managed the pace and the tires well»enlarged.

The key, a new game of chess in which tires and clean air were their weapons. After relaunching the race after Charles Leclerc’s accident, Fernando Alonso knew that neither the Mercedes nor Sergio Pérez were rivals for him, so he focused on containing the McLaren.

Don’t miss Fernando Alonso’s races, it will probably be something you want to tell your grandchildren about one day.

How? No, going as fast as possible. Leaving the drivers in front to escape to ride with clean air and forcing the McLaren to demand an extra effort from their tires to try to overtake Fernando Alonso.

“I did 350 races so I know what I’m doing!”Alonso joked when asked about it. “It was fun. The start was crucial, probably to overtake Lando (Norris). I think McLaren have a very similar pace, but being in front of them in the opening laps was enough to control the race and the pace.”

«We have played the race like a game of chess; we’ve tried to get the McLarens close to us and try to get some fresh air in front of us, so overall… it’s been a good Sunday », he added.

«I would like to be able to challenge the Mercedes in front of us or Checo (Pérez), but that was not our league, so from then on we only had to control the McLaren and, if they got close to us they would damage the tyres, so it wasn’t a concern at the time.”he concluded.

Luck is not on Fernando Alonso’s side at the moment, but his speed remains intact (he is sweeping Esteban Ocon in qualifying) and his intelligence behind the wheel, too. Whether or not he fights for victories and podiums, watching the Spaniard compete continues to be a pleasure that few riders are capable of equaling.

Pumas fires Dani Alves, arrested for sexual assault, how much did the player earn?