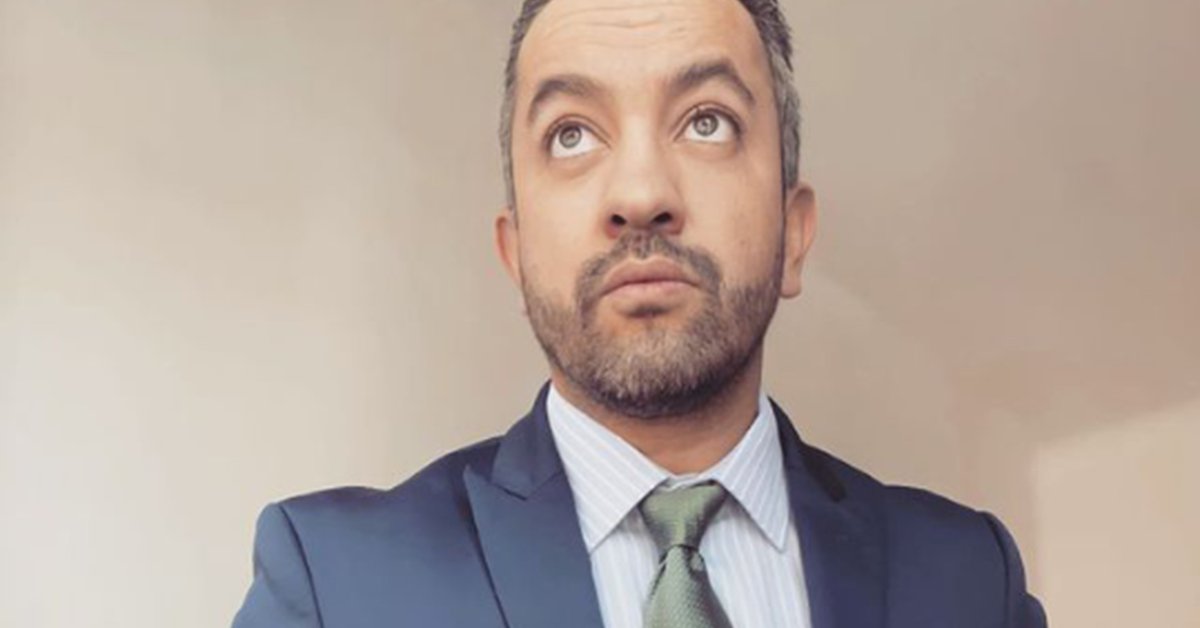 Chumel Torres he gave something to talk about again and this time he did not stop before those haters that they accused him of being misogynist.

It was through his Twitter account, where the driver of the Pulse of the Republic lashed out at a former fan, who mentioned no longer being a fan due to certain attitudes and opinions that the influencer usually has.

“He was a loyal follower of @ChumelTorres but he really is a cisgender male, or be an idiot, “wrote one user.

Given this, the communicator did not remain silent and corrected the “He was a faithful follower” to replace it with “are”. In addition, he posted a tweet where he cited the netizen’s account in which the legend appears: “* Geminis safe zone *”.

Later, Chumel continued and took the opportunity to spread a message to all the people who do not agree with him.

“Feelings, wokes and progres, don’t follow me. Go to your safe placesIt’s served hot here, ”he said in a tweet that so far has more than three thousand likes.

At this, other tweeters were dismayed and asked him why, if before he considered himself in favor of certain things, now he made comments of that type.

“I’m glad you saw the light, but until recently you were the “ally” of the year. What happened? “, Wrote @Evilbyron to which another Internet user replied:” There is never enough “ally” for those people who do not hesitate to bring to the scaffold those who once supported them. This has been going on for centuries since the Age of Terror in France or the purges in the Soviet Union ”.

Another of the comments that caused controversy recently by the influencer, was related to the sentence that Rix was given after the case of Nath Campos.

Before it became public knowledge that Rix could get out of jail, Chumel Torres taunted him by the following comment on Twitter: “Who was Rix not to have to worry about answering SAT emails”. However, both for him and other social media users, news of González’s abbreviated procedure came as a surprise.

And that was joined by one more where Torres made irony about the presence of the new sculpture of an indigenous woman, which would replace that of Christopher Columbus formerly located in Paseo de la Reforma, due to the actions that occurred on the southern border of Mexico, where several migrants They were attacked.

Through your personal account, the Mexican youtuber mockingly mentioned that “he loved good racism”, since, according to what was said in his account, the Fourth Transformation (4T) He contradicted himself by “putting a statue of an indigenous woman in Reforma and at the same time seizing migrants with batons on the southern border.”

The comments were immediate. Several Internet users agreed with what was said by the host of “The pulse of the Republic” and the rain of memes began, mainly against the president Andrés Manuel López Obrador (AMLO).

However, some questioned him about what he was proposing to change the situation, to which Chumel responded – using high-sounding words – that the main thing was to stop beating the migrants crossing the southern border of the country.

“I feel ignored”: Chumel Torres was “outraged” for not appearing on AMLO’s morning
“These idiots are a joke”: Chumel Torres criticized the ineffectiveness of Gas Bienestar in CDMX
“Unknown that ching * dera”: Chumel Torres made fun of the Sinopharm vaccine and was thrown into networks for misinforming

The best Dragon Ball game according to VidaExtra readers is …