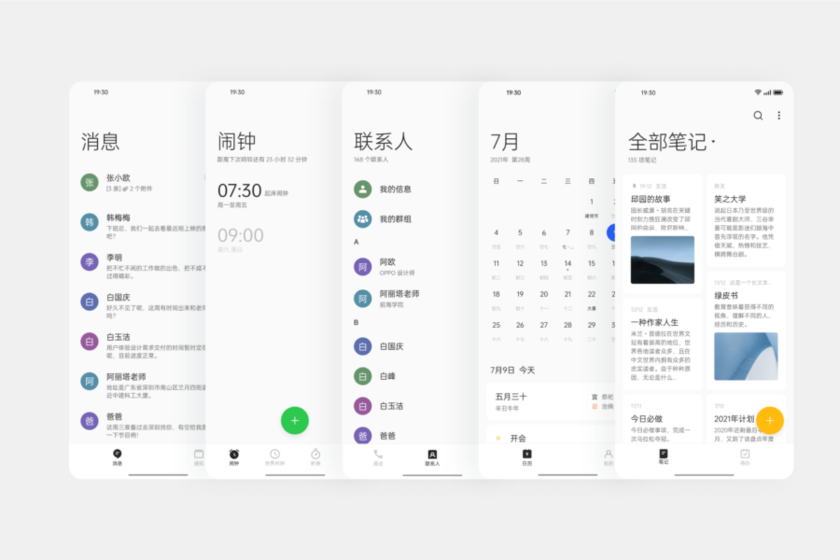 With Android 12 already around the corner with a possible presentation on October 4, the different layers of the manufacturers are adapting to what is to come. We have, for example, Samsung with its One UI 4.0 starting its beta phase and now we also have, in a completely official way, the new OPPO layer. ColorOS 12 is here.

The new OPPO proprietary layer that will run on Android 12 is here and in addition to describing several of its characteristics, its manufacturer has indicated two important pieces of information. The first is that the OPPO Find X3 Pro Photographer Edition signed with Kodak is the model chosen to release it. The second is that the initially limited public beta will begin in October and users of the Find X3 and OnePlus 9 will also be able to sign up.

Index hide
1 Graphic changes and new animations for ColorOS 12 and Android 12
2 Be careful, the Omojis are coming
3 Interconnection with your PC and renewed privacy
4 Availability of ColorOS 12 and compatible models

Graphic changes and new animations for ColorOS 12 and Android 12

Among the features announced by OPPO for its new layer, ColorOS 12, we find that its design is made even simpler. OPPO makes the leap to the new layer simplifying the layouts of the entire interface, including the icons of the corresponding applications. The company’s goal has been to offer a more orderly environment with more space between components.

A higher contrast for text has also been included in the interface and new color nuances have been introduced. Also, ColorOS 12 includes more than 300 new animations in the system. The company claims to have used its “quantum animation engine” to enhance its cape and thus “mimic the physical habits of resistance, inertia and bounce.” So everything in ColorOS 12 should be more realistic and fluid than in the current layer, ColorOS 11.

Be careful, the Omojis are coming

But not only the interface lives ColorOS 12, the new version of the layer also brings with it the Omojis, the name that OPPO has used for new three-dimensional animated emojis and that we can use thanks to the face capture included in the system. So we can create our own Omojis (almost the same as Apple’s Animojis or Memojis, or like Samsung’s AR Emojis) and personalize our interaction with other users. Our Omojis can have the color of skin, hair, eyes and others that we want, as well as other parts of the face.

Read:  Google Meet for Android now lets you replace your background with a video

Going to the part of functionalities included in the system, OPPO improves its smart sidebar, the floating bar that has accompanied the system for many versions. With ColorOS 12 comes the smart bar 2.0, or Smart Sidebar 2.0, which incorporates six tools and allows us to quickly access files, apps, messages and much more. Now Smart Bar 2.0 also helps compare prices when we shop online. A more than interesting improvement.

Another functionality added to ColorOS 12 has to do with using multiple displays at the same time. Specifically, the new multiscreen functionality focuses on interconnection with a personal computer in the style of other solutions already operational in the competition. With this option we can manage the mobile from the laptop and transfer at speeds of up to 45Mbps from the phone to the computer and vice versa. What we will need is that the computer has Windows 10 or higher, just that.

Finally, OPPO has told that ColorOS 12 the privacy options already present in Android 12 are added. So we will have permission reminders when third-party apps use sensitive components such as the camera, microphone or ask for our geolocation, and we will also have options to erase private information from the photos we share. In addition, the privacy panel of Android 12 arrives at ColorOS 12 without modifications to be able to operate with it.

Availability of ColorOS 12 and compatible models

As we have previously commented, OPPO has already confirmed various series of phones that will receive ColorOS 12. A specific phone, the OPPO Find X3 Pro Photographer Edition, will bring the layer installed from minute zero but the rest will have to update. The beta phase, which will begin in October in China, can be accessed with any OPPO from the Find X3 series and with the OnePlus 9.

Besides these, OPPO has confirmed the following series and approximate dates:

all the details of this event