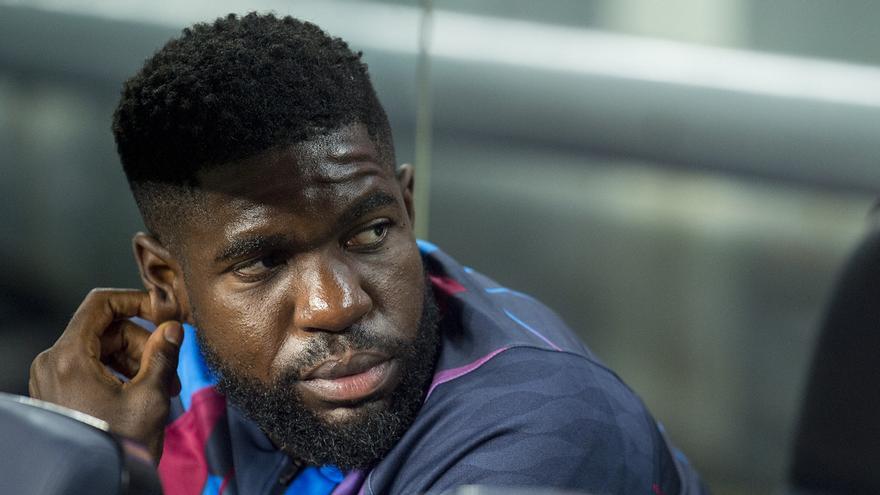 FC Barcelona has already solved one of its big problems for the winter market. The departure of Coutinho to Aston Villa frees space in the culé squad, but it will not be the only exit that the Catalans need to balance accounts and make room for the signings that they intend to make. Exit revolution that, with the departure of the Brazilian, could unravel in a cascade.

The central defender Samuel Umtiti seems to have completely changed his mind to accept his departure and greatly benefit the team chaired by Joan Laporta. According to Betfair forecasts, Turkey, England and France are the destinations that the French central is most likely to finish before February 3.

His goodbye would be balsamic, since the French defender has an astronomical salary and hardly counts for Xavi Hernández. Nor did he count for other coaches in previous seasons. If Umtiti leaves the club, it will further ease the Barça salary cap and leave room for, for example, the registration of Ferran Torres..

According to Betfair forecasts, Umtiti signing for Fenerbahçe is the best valued option if he leaves the Camp Nou and has a 29% implied probability. Fenerbahçe could bid for the center-back if they sell their Hungarian defender Attila Szalai in the winter market, something that seems quite feasible. The Turkish club would thus pay a good part of Umtiti’s token.

Umtiti, who refused to leave the club last summer, would have changed his mind after what he experienced in recent months at Can Barça. The one from Yaoundé has seen how his sports career will not take off again in Barcelona and believes that a change of scenery could be positive for him after going through an ordeal of injuries in the last three years.

Now, the player would have made one thing clear: to leave he will only accept a loan until the end of the season, with the subsequent return of the crack to Barcelona next July, since his contract does not expire until June 2023 . With this, Barcelona would get rid of part of its payroll this season and, although it was not the best possible solution, (the sale would be the ideal) it is the lesser evil for Laporta’s men.

If the Turkish solution path is not resolved, Betfair’s forecasts point to other potential destinations for Umtiti. He emphasizes that the bets do not rule out the return to his country, to France, where (remember) he was World Champion with a national team to remember in 2018. Together with the Mbappé, Griezmann, Varane and company he also formed Umtiti, which precisely the memory of his time at the combined ‘bleu’ reinforces as a market option.

Any major club in the French league could be the ideal destination for the Frenchman. According to Betfair forecasts, Umtiti signing for a Ligue 1 team is trading with an implied odds of 20%. It is the second alternative in the Betfair markets. In his day, Laporta was the one who stopped the departure of Umtiti in August and the president’s environment assures that he now regrets not having been tougher with him last summer. The possibility of playing in his country would make him feel more comfortable to regain his undermined morale, or so it is understood within his environment.

Newcastle appears in the equation

The Newcastle option now also appears in the equation. For the footballer himself, this could also be an escape route from his lack of prominence in the team now trained by Xavi Hernández and, previously, by Ronald Koeman. This season, he has only taken the field once. He started against Osasuna in the League in a duel that was resolved with a draw.

Umtiti’s market value has declined over the years and the various injuries that have gripped him have pushed his price down even further, so Newcastle’s possible proposal looks hopeful for Barcelona’s economy. According to Betfair forecasts, Umtiti signing for Newcastle has a 14% implied probability. It is the third best valued option if he leaves the Camp Nou, but the investment reliability generated by the English club could be key for Barça to get him to finish on loan before the market close.