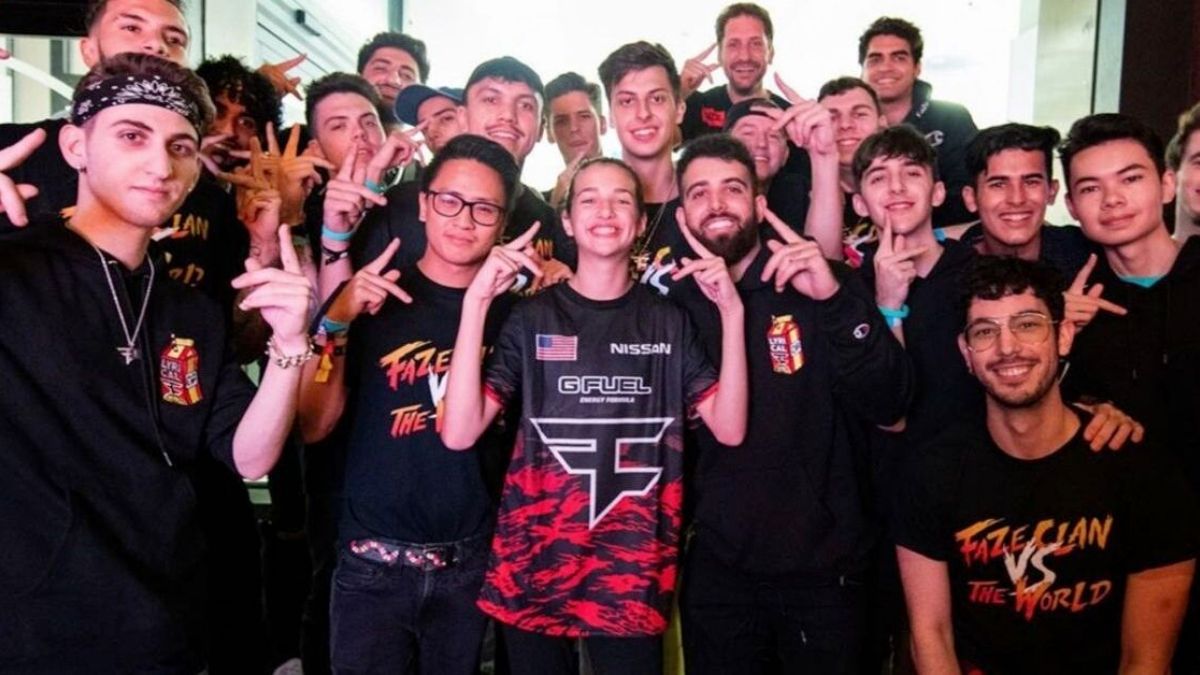 Share
Facebook Twitter LinkedIn Pinterest Email
Index hide
1 One of the biggest names in the gaming and esports scene, FaZe Clan, has gone public on the Nasdaq stock exchange. However, on its first day, shares of the popular American team fell by almost 25%. Find out more in this note!
2 Share it with whoever you want
3 Related Posts

One of the biggest names in the gaming and esports scene, FaZe Clan, has gone public on the Nasdaq stock exchange. However, on its first day, shares of the popular American team fell by almost 25%. Find out more in this note!

Not long ago we learned that the popular American esports team, FaZe Clan, became a public company through the main New York Stock Exchange. This week, FaZe began trading on the Nasdaq after completing a merger with SPAC (Special Purpose Acquisition Company) in a deal valued at $725 million. However, in its debut its shares fell almost 25%.

For those who don’t know, FaZe Clan is an online media company made up of more than 90 members, mainly esports competitors and content creators, as well as various celebrities such as Snoop Dogg. This American team was ranked by Forbes as the fourth most valuable esports company.

As we told you above, FaZe Clan merged with SPAC. What is this? A Special Purpose Acquisition Company that exists solely to purchase an existing private business and then take it public on the public markets. During the pandemic, SPAC gained wide popularity as an alternative to the traditional IPO. However, many of the deals that were planned are on pause or even cancelled, and several of the companies that went public through that merger underperformed quite poorly, losing more than half of their value in the first half of 2022. .

Despite all this, the CEO of FaZe Clan, Lee Trink, stands firm with the decision they made. “I understand why other companies have been criticized for going public through the SPAC vehicle. But for us, it really fits“, Told him trink to CNBC. And he added: “We believe we are the first native Gen Z brand to go public; certainly, we are the first creator-based brand to go public.”

SPAC merger plan announced last October. At the time the deal was around $1 billion. However, the IPO was delayed and in March FaZe Clan received a $20 million bridging loan from B. Riley Principal Commercial Capital, the special purpose acquisition company with which it is merging. Now, nine months later, the esports team is already going public, but the deal is down to $725 million.

In the presentations for the public listing, FaZe reported estimated 2021 revenue of $50 million and forecast $90 million for 2022. However, they suffered an EBITDA (earnings before interest, taxes, depreciation and amortization) loss of $19 million in 2021. So things are not looking too good. right.

FaZe Clan they plan to attract more creators to help them grow their own community. This would serve as an alternative to their reliance on advertising revenue from social media brands. trink projects that the esports business will not take up the lion’s share of revenue from FaZe Clan in the future, but the expansion of a business with DraftKings and games that allow players to get paid streamers.

As reported by the same FaZe Clan, the audience they have is made up of young people more than anything, since 80% of their audience are people between 13 and 34 years old. “Gen-Z is not about your parents’ brands. Gen-Z wants connectivity and proximity. We are the translators and what we do know is how to reach this audience“, said trink.

Space: Earth is an almost invisible point on the new interactive map of the observable universe

The Mexican Stock Exchange suspends the shares of Unifin