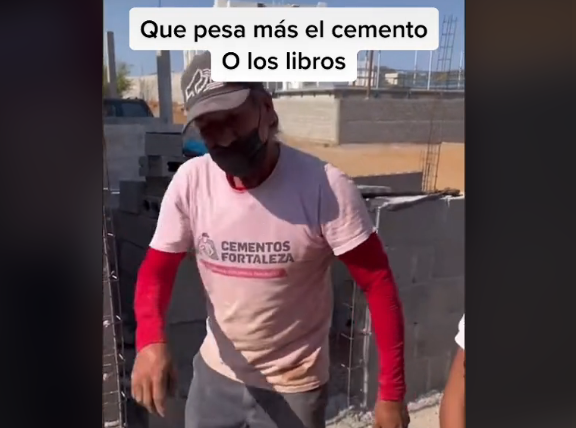 A father sought to teach his teenage daughter a lesson by making it viral on the social network. According to what she reports in the video, the girl only wants to upload videos on the platform and does not want to study.

Contrary to what it might seem to have exhibited his daughter in a social network with so many users, many users seemed to support the father’s decision.

TikTok and the new influencers

TikTok has become one of the favorite social networks of users. Hence, many seek to use it to promote their products, to viralize their content and to generate an income that allows them to live comfortably.

Success stories have been told in many communities and niches on the internet. In Mexico, for example, when the internet exploded and personalities like the Werevertumorro and Yuya became known, many young people developed a genuine interest in being the next face of YouTube.

Today things have not changed that much, because although the content is infinitely greater than the one that had ten or fifteen years ago, the aim of young people is the same.

And it is that, it has been announced that, at present, there are about five billion people connected to the internet and, of course, to social networks, of which it is Facebook the one that leads the market with just over three billion registered users so far.

In sum, Statista figures reveal that Mexico is considered in 2022 as the second country in Latin America with the most Internet users registered per day, with 96 million online users during the day.

And despite the fact that YouTube and Facebook have been considered two of the most important networks, at the moment TikTok is also the network that has reported significant growth, being the one that has attracted the most attention since the last couple of years (2020 and 2021). .

For this reason, a large number of Internet users have resumed their interest in becoming influencers and, like it or not, this trend has even made personalities such as Auronplay express their feelings and point out that being an influencer is not for everyone.

Through the TikTok platform, a father shared a video giving his daughter a “lesson”. The video is titled “Which weighs more, the cement or the books?”.

In it, he exhibits his daughter’s behavior and seeks to demonstrate a point: that not everyone has the opportunity to study and that it is important to consider the difficulties that come with working hard. The young woman, for her part, comments that she “can make much more money as an influencer than studying.”

In the video, you can see how the father asks his daughter to lift a lump of cement, showing her how difficult it is to work under those conditions.

The video has achieved a very positive reception in favor of the father, since the vast majority of comments mention that they agree with the father.

This is the video shared on TikTok:

What do you think of the content of this video? Do you think the father acted in the best way?