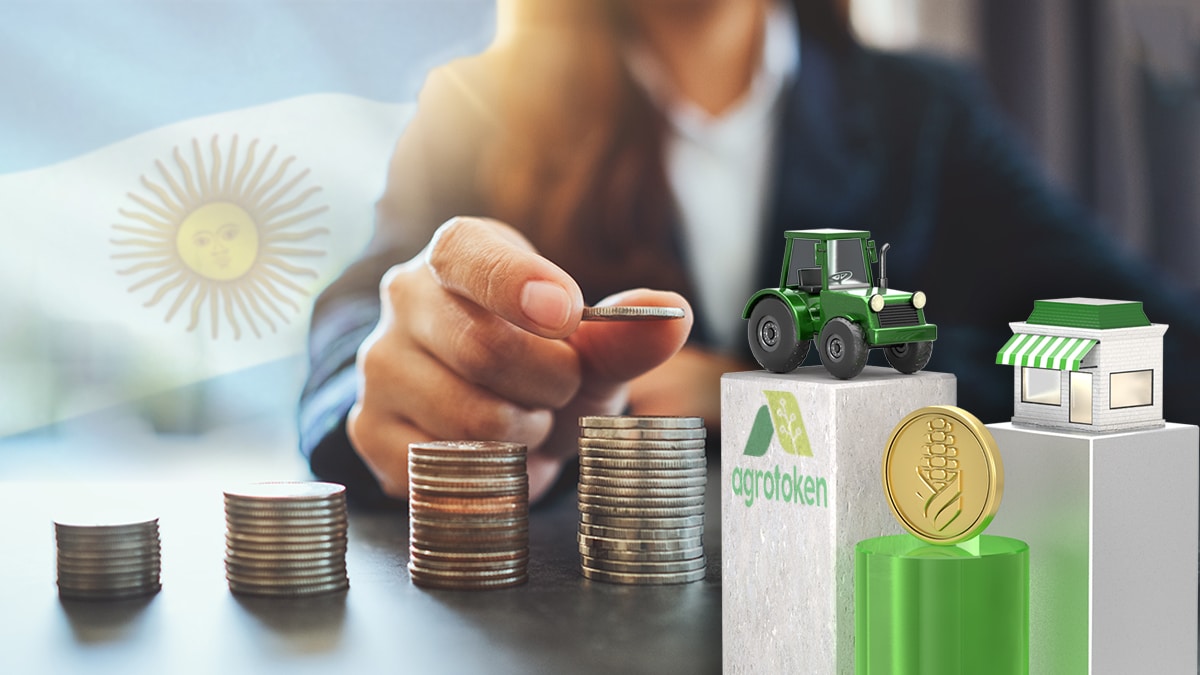 Banco Santander together with the company Agrotoken announced the development of a loan program for Argentine farmers with tokens developed on the Ethereum, Polygon and Algorand networks.

The prices of digital assets will be linked to agricultural raw materials, such as soybeans (SOYA), corn (CORA) and wheat (WHEA) based on US dollars. These digital tokens can be stored or exchanged for supplies, services and other assets.

“The digital solution will allow farmers and the agro ecosystem to have easy and fluid access to a new financing system, expanding credit capacity, by using tokenized grains,” explained the financial institution in a release.

Each token is supported by a ton of grains delivered in a stockpile. Additionally, all tons are also validated through a PoGR (Proof of Grain Reserve, for its acronym in English).

Santander points out that PoGR is a “transparent, secure, decentralized and auditable system at all times through a multi-chain security infrastructure that uses technology from Ethereum, Polygon and Algorand, depending on the optimal use cases for each one.”

To access the tokens, the producer delivers the grains as backup and then, online, tokenizes them and receives the Agro tokens in your wallet. With them it will be allowed exchange them for other seeds, vehicles, machinery and fuel.

As well you can use them as collateral to borrowas well as to request a pre-funded card with your Agrotokens.

Although both companies have not given a date to start with the initiative, they confirmed that have carried out pilot tests with Argentine producers to technically and operationally validate the operation of the project.

This is the first world experience that supports loans with tokens based on agricultural commodities, such as soybeans, corn and wheat. Together with Santander, we are co-creating various financial products to provide agricultural producers with a service with which they can easily and smoothly access a new credit system backed by their grains.

The Argentine company Agrotoken has gained momentum to develop tokens for the agricultural sector, thanks in large part to investors who have trusted the initiative.

Total, Agrotoken received USD 5 million in 2021 for being one of the companies aimed at directly serving consumers or companies in the business-to-business (B2B) area, as reported by CriptoNoticias.

This data was reflected in the annual report of the Private Investment Association in Latin America (LAVCA), which showed significant growth in venture capital aimed at companies in the region.

Total investment nearly quadrupled from 2020 to 2021while that directed at bitcoin and other cryptocurrency, decentralized finance (DeFi) and blockchain companies grew 10-fold in the same period.